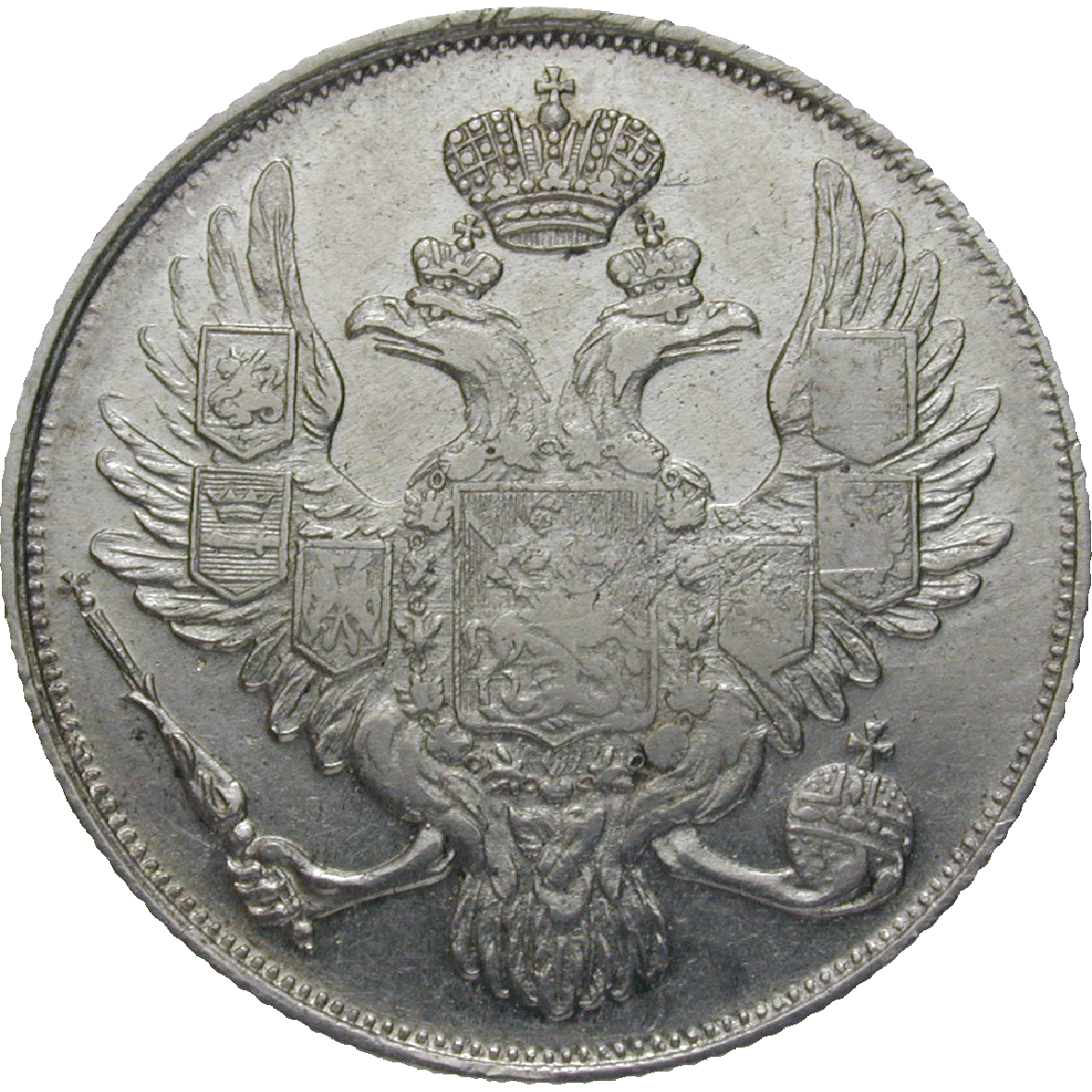 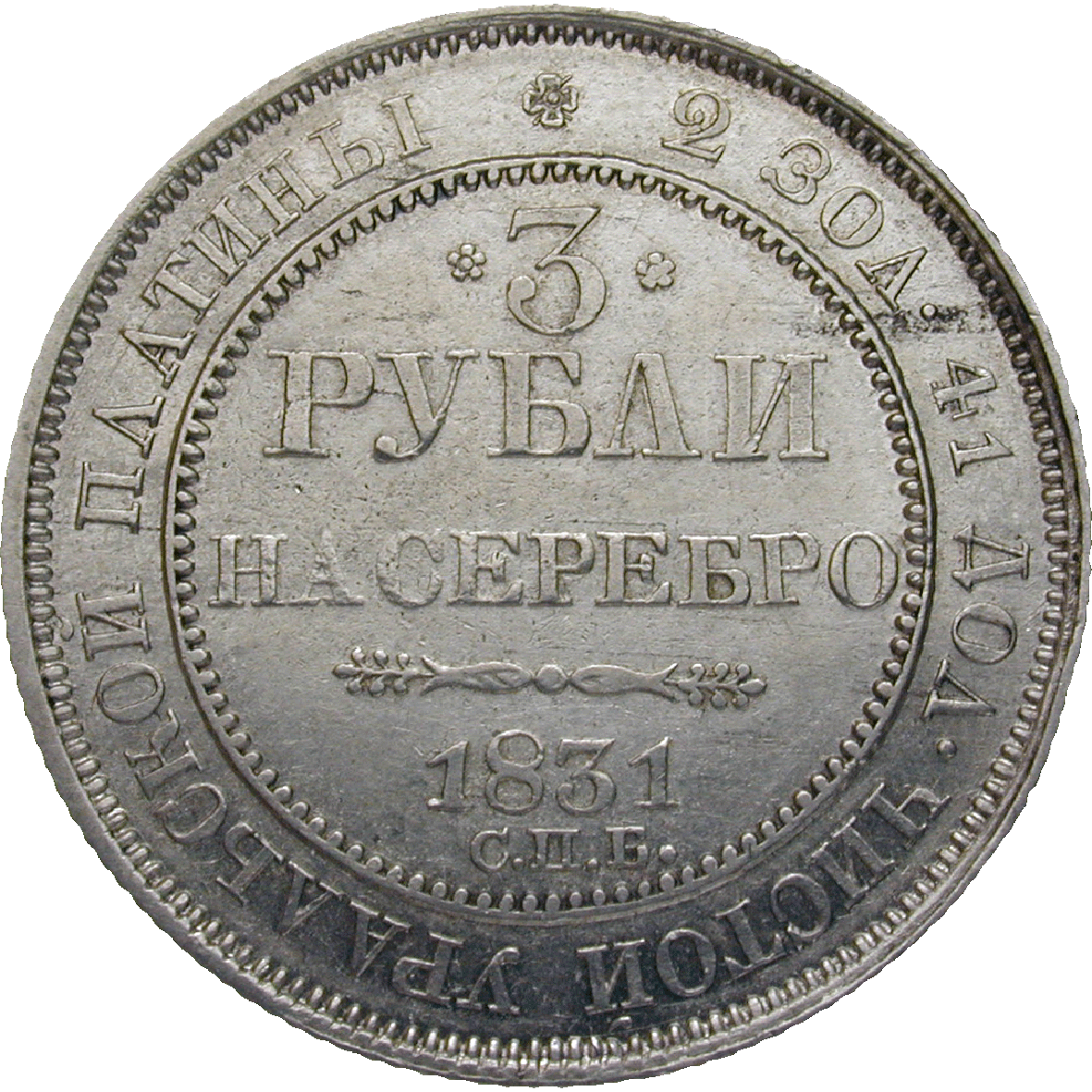 Coins from platinum as regular means of payment have only been issued once in the history of coinage. It was during the reign of the Russian tsar Nicholas I (1825-1855), when the rare and costly platinum was used as a substitute for the less precious gold. Russia could afford this, because since the beginning of the 19th century, platinum was found galore in the region of the Ural. The Russian platinum coins were issued at 3, 6 and 12 rubles. The obverse bore the Russian national emblem, the double-headed eagle. The reverse indicated the coins value, the denomination and the date of minting.