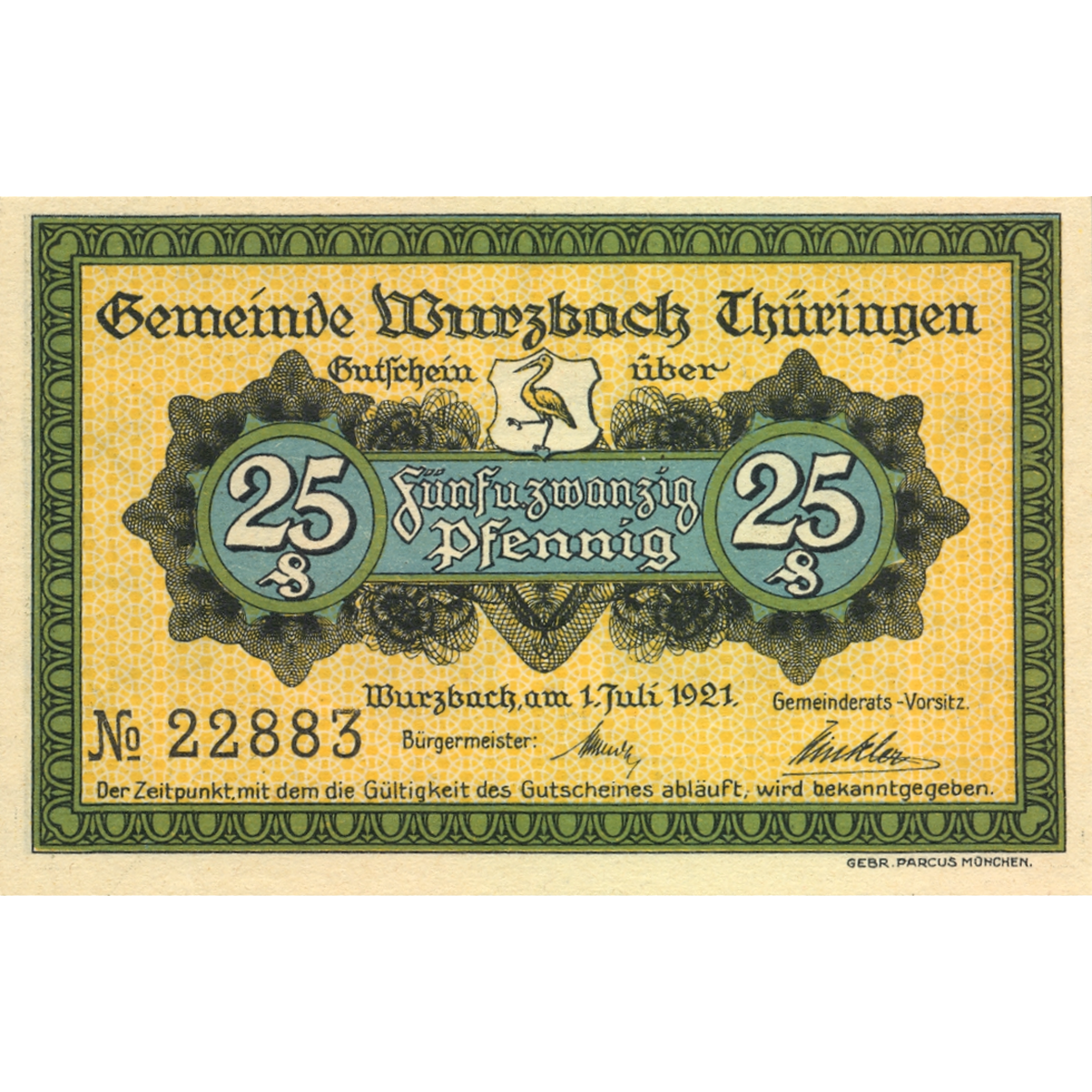 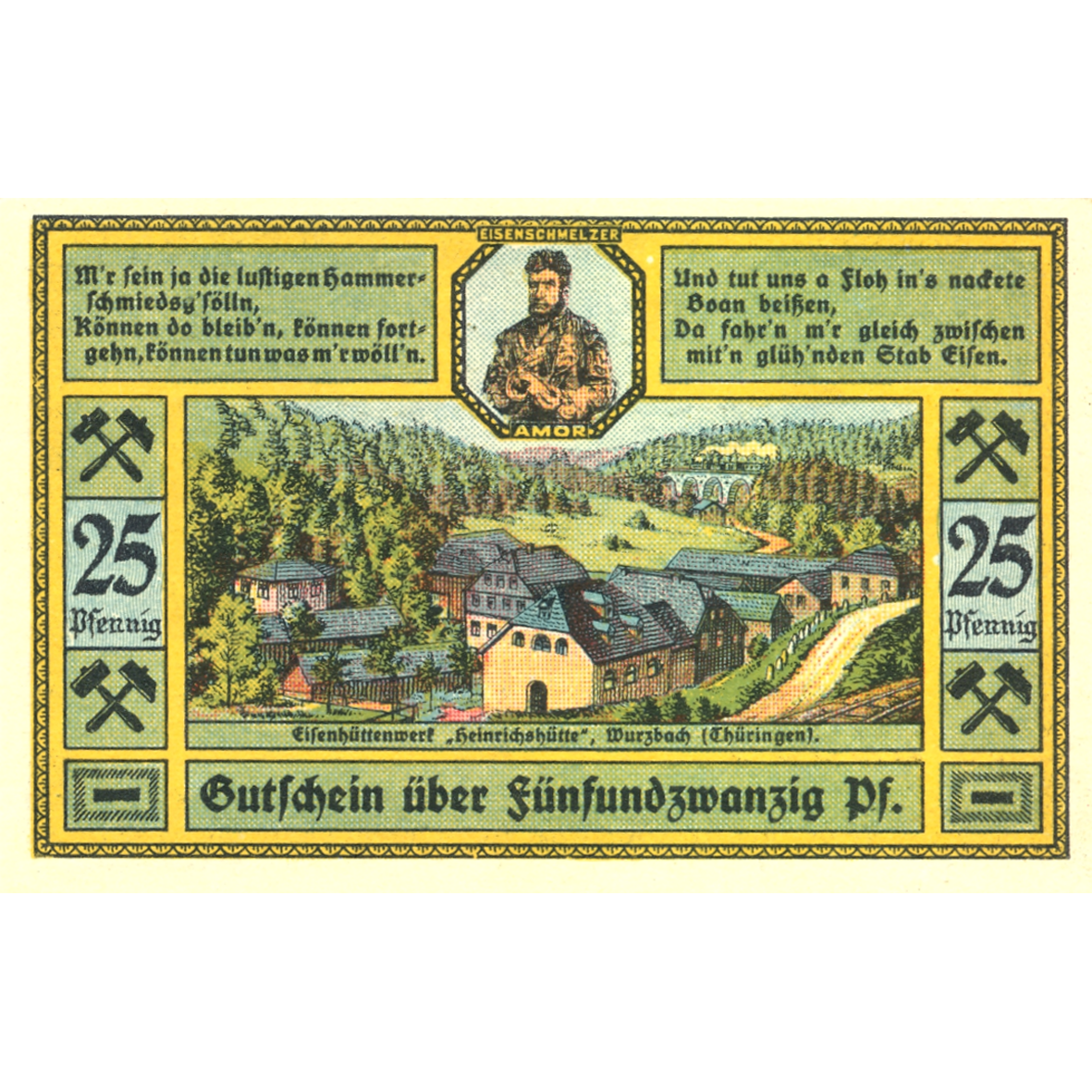 Coins became scarce in Germany during the First World War (1914-1919). Despite national emergency issues – coins from lead, aluminum and zinc were minted in great quantities – coins could not be provided in sufficient quantity. Cities and communities therefore started to issue emergency money themselves. While early emergency issues had yet been simple, later releases were carefully designed. The issuing offices soon discovered that well designed notes were collected and not cashed – after all, the difference between the face value and the printing costs of the notes realized a little profit. From 1920 on, the issue of emergency money became business. Great numbers of emergency notes were issued, of which many have been preserved up to this day. This bill from the community of Wurzbach in Thuringia is in very good condition, indicating that it has never been circulated.