Republic of Austria, Community of Hadersfeld in the Wienerwald, 20 Heller 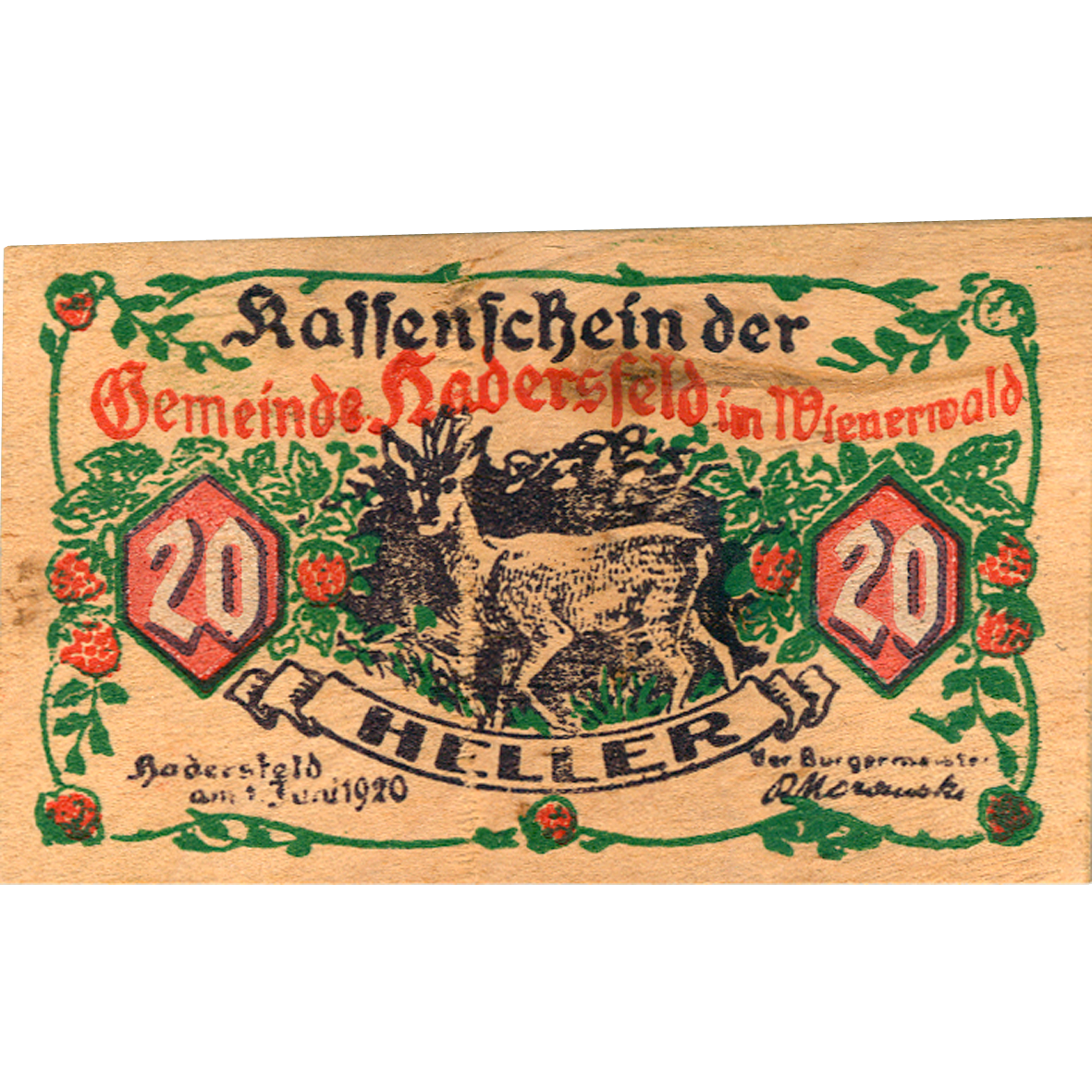 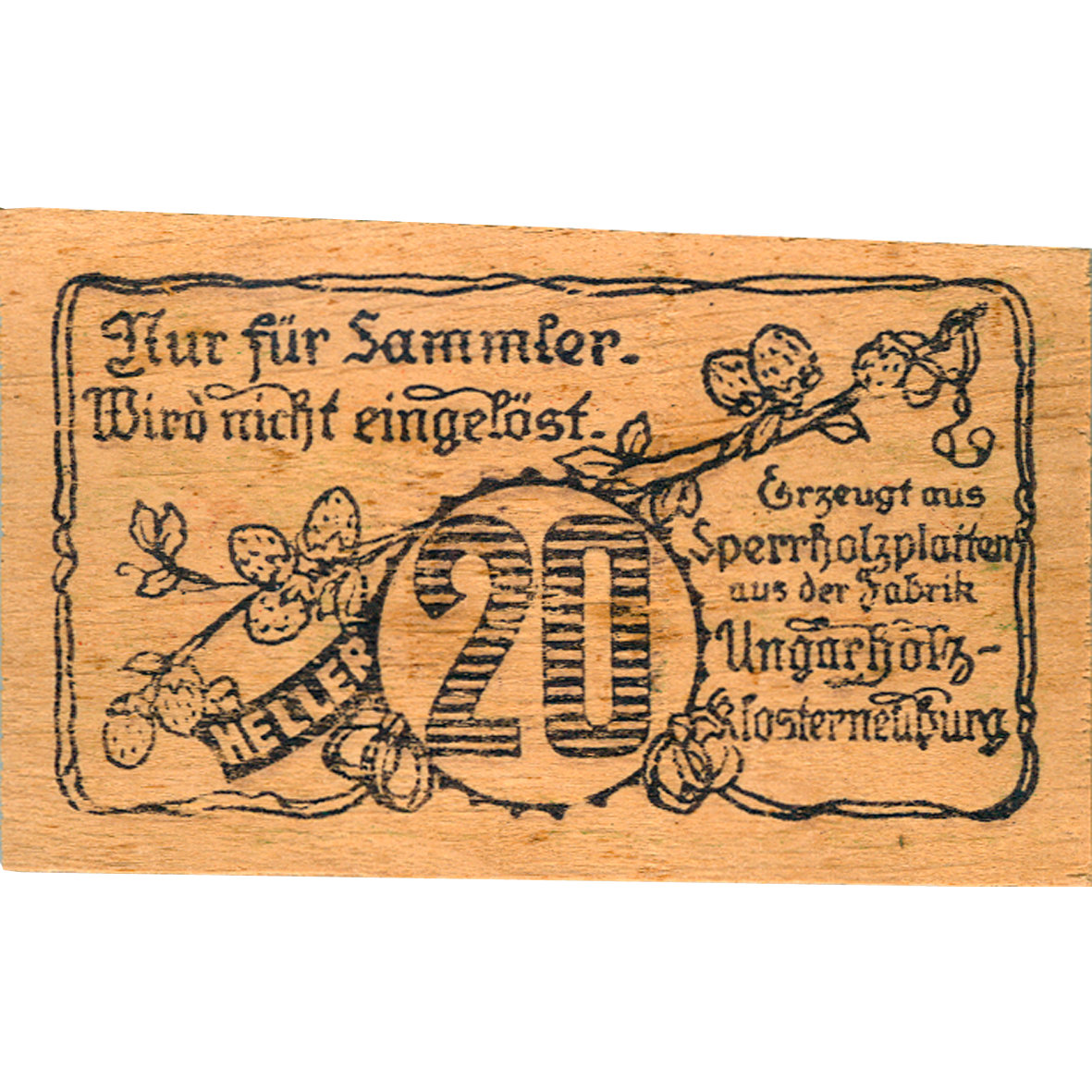 The Austrian community of Hadersfeld chose a curious material for the issue of its kassenscheine of 1920: panels of plywood from the factory Ungarholz in Klosterneuhaus. Even though the plywood bills from Hadersfeld are real emergency money that are listed in emergency money catalogues up to this day, they bear the inscription "Nur für Sammler. Wird nicht eingelöst" (Only for collectors. Cannot be redeemed). The vouchers belong to the Austrian "special series," emergency issues that were elaborately executed and intended especially for collecting. The expectation that the bills would never be redeemed soon found its expression in the inscriptions. On some issues the expiration dates were at very short notice. On others the maturities were backdated, so that they were outdated on the day of their issue already.