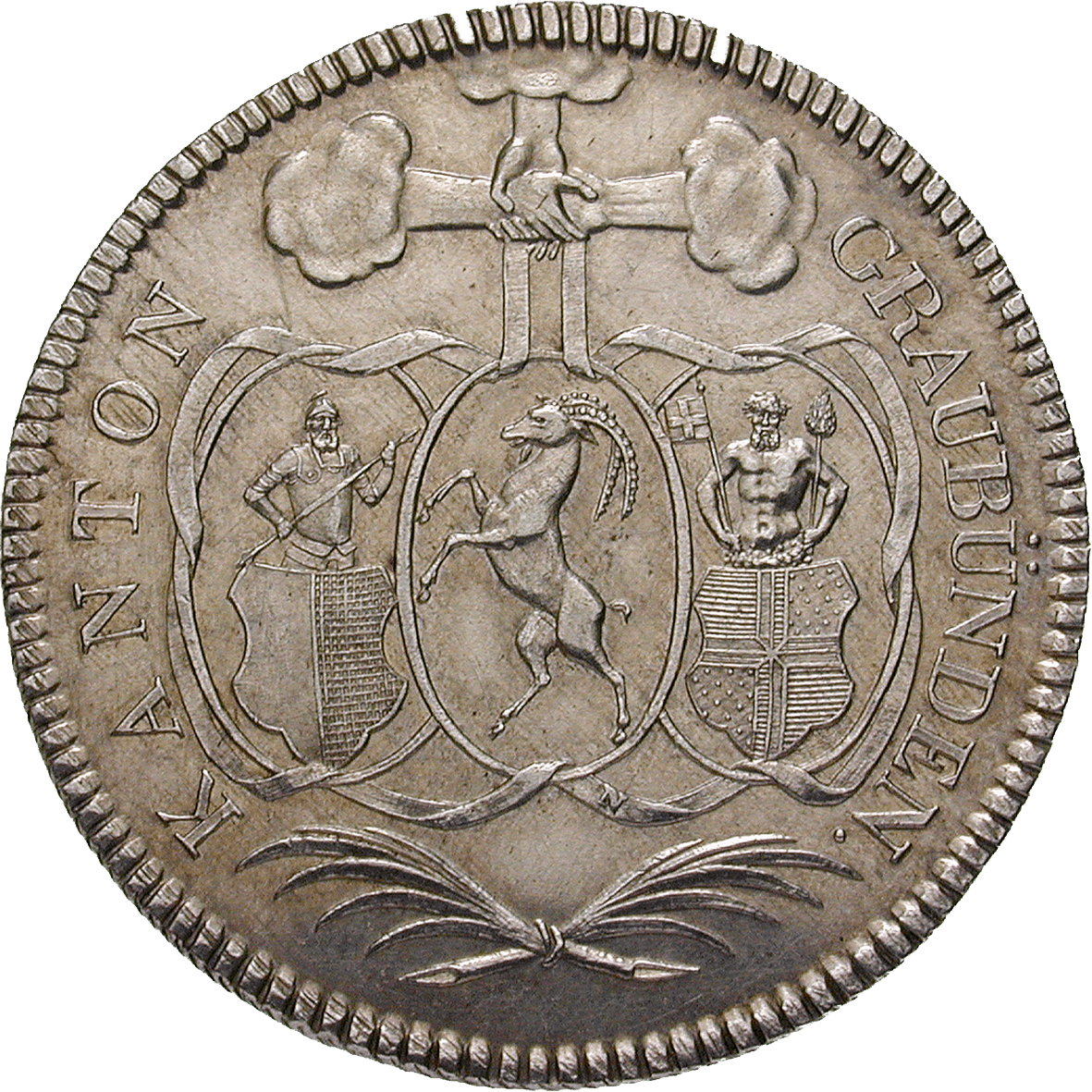 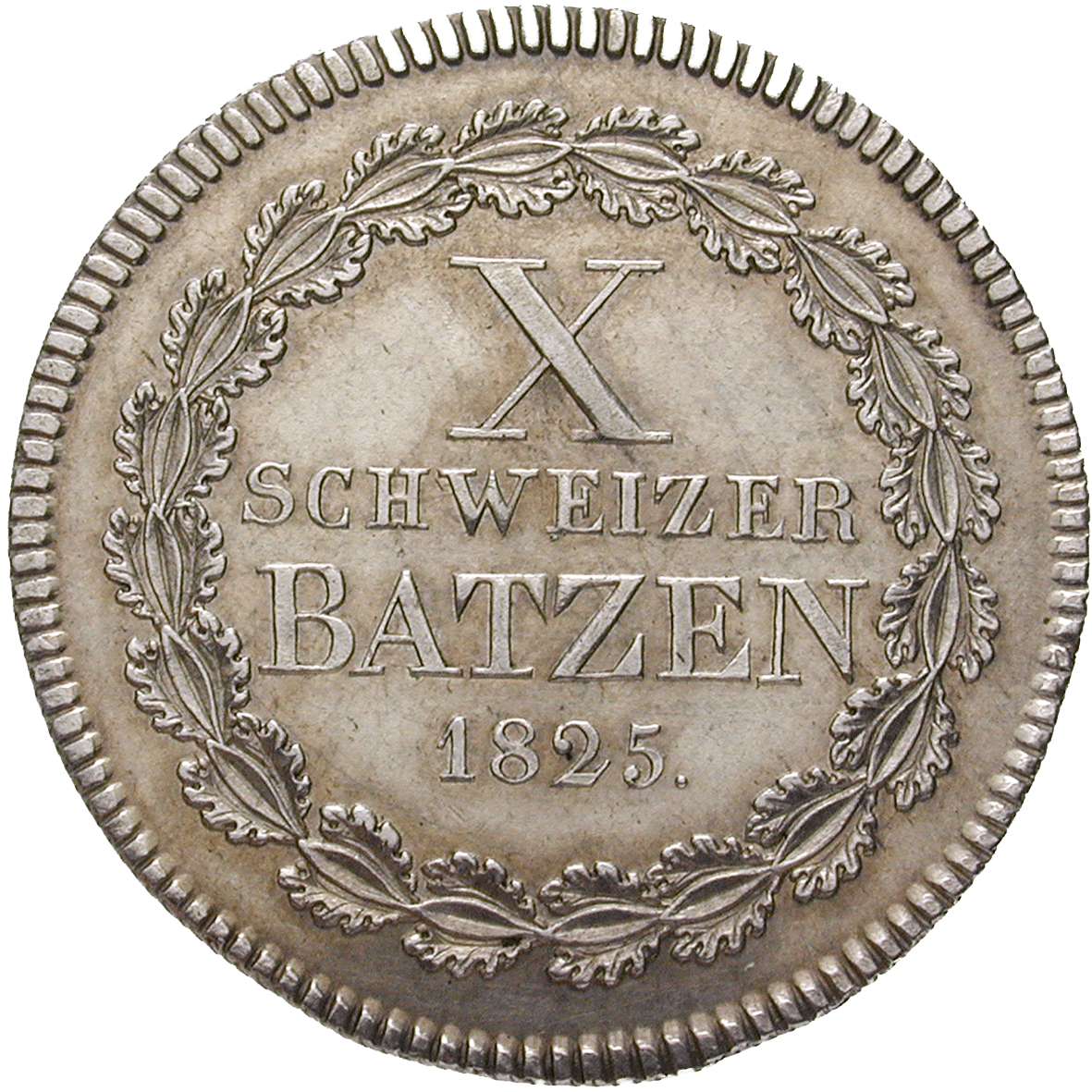 This 10 batzen piece from the Canton of Grisons bears on the obverse the coat of arms of the three allies: on the left the warrior of the Grey or Upper League, in the middle the ibex of the League of God's House, and on the right the Wild Man of the League of the Ten Jurisdictions. The coats are surrounded by a band, and crowned by three hands coming out of the clouds – a symbol for the consensus among the Three Leagues. The reverse of the coin gives its value and the year of minting.