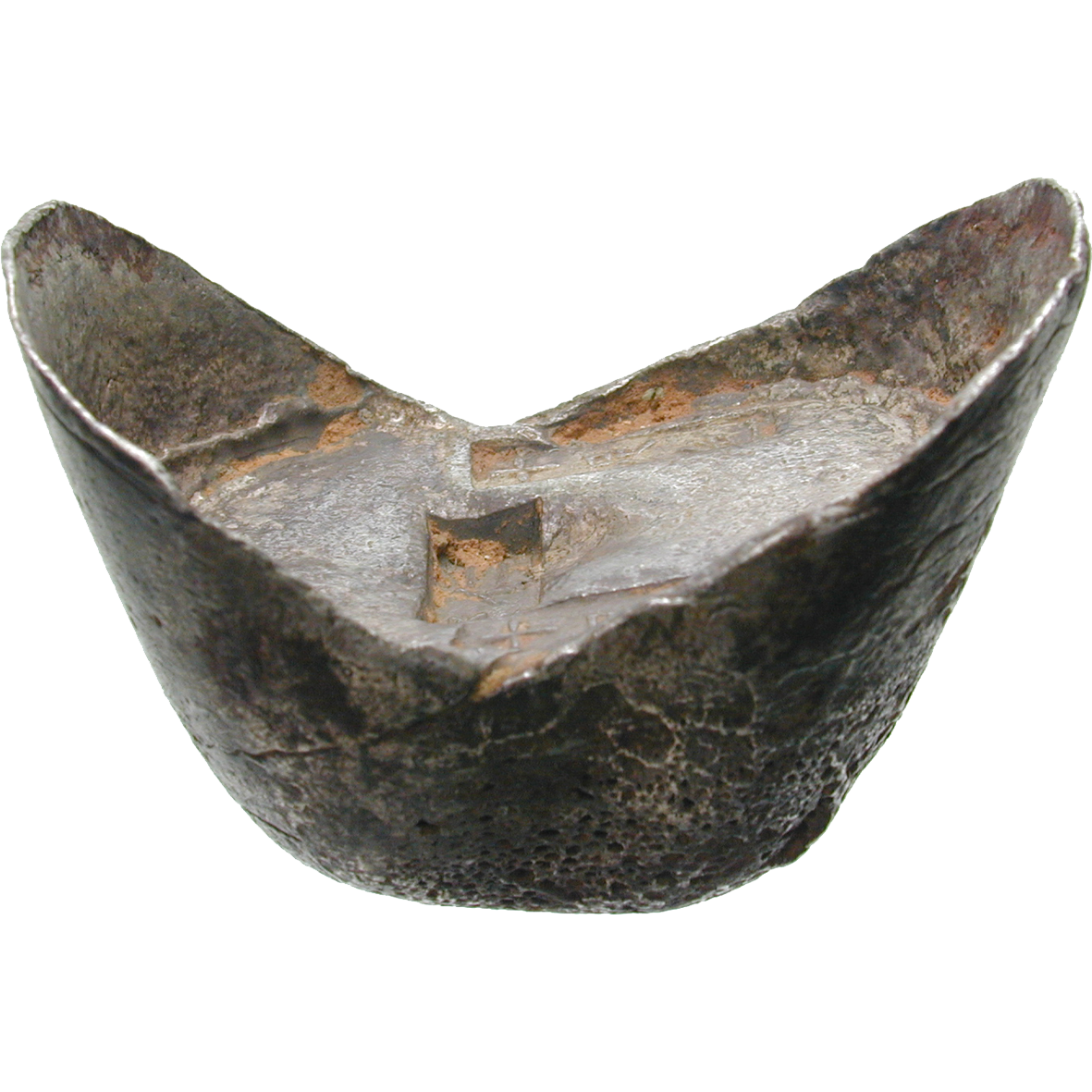 This silver ingot in the shape of a boat, "yuan bao" in Chinese, dates from the Qing dynasty (1644-1911). In the first 100 years of their reign, silver was mostly used in the form of ingots. From the end of the 18th century, however, foreign silver coins began to enter the country in large numbers. Europeans could offer the Chinese nothing of any interest with which to pay for costly Chinese products such as silk, tea and porcelain. All they had was silver, whole shiploads of which were taken to China. In the last decades of their reign the Qing began to mint their own silver coins. But until 1933 silver ingots continued to play an important part in domestic Chinese transactions.