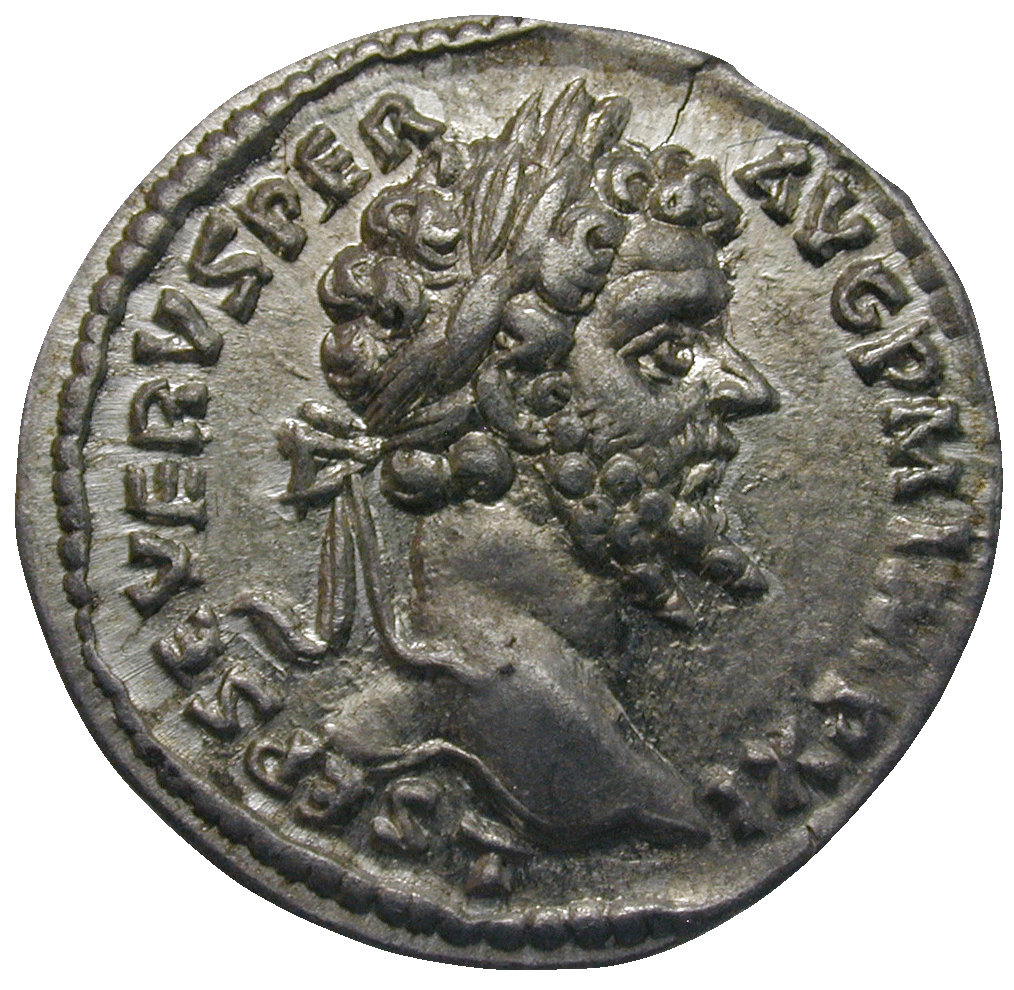 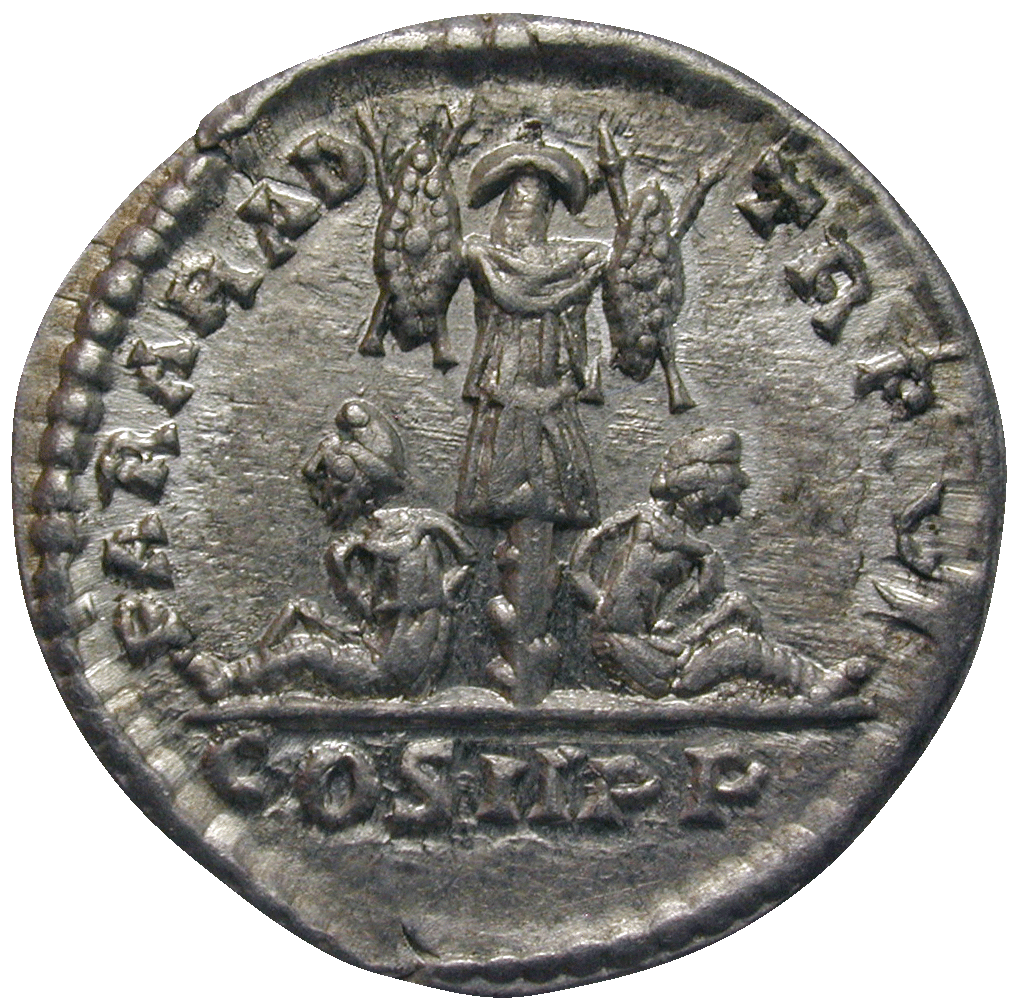 This denarius depicts the Roman emperor Septimius Severus (193-211). The reverse shows a trophy, a construction made off captured weapons and armaments of the enemies. Beneath the trophy sit two prisoners, awaiting their fate.

A trophy was a monument originally set up on the battlefield at the very spot on which the enemy's phalanx had broken, turned around and run (the word derives from the Greek 'tropé' for 'turning point'). It was made from stakes decorated with arms and armors of the defeated foes. In Roman times, the tropaion was no longer set up on the battlefield, but was displayed in Rome itself.