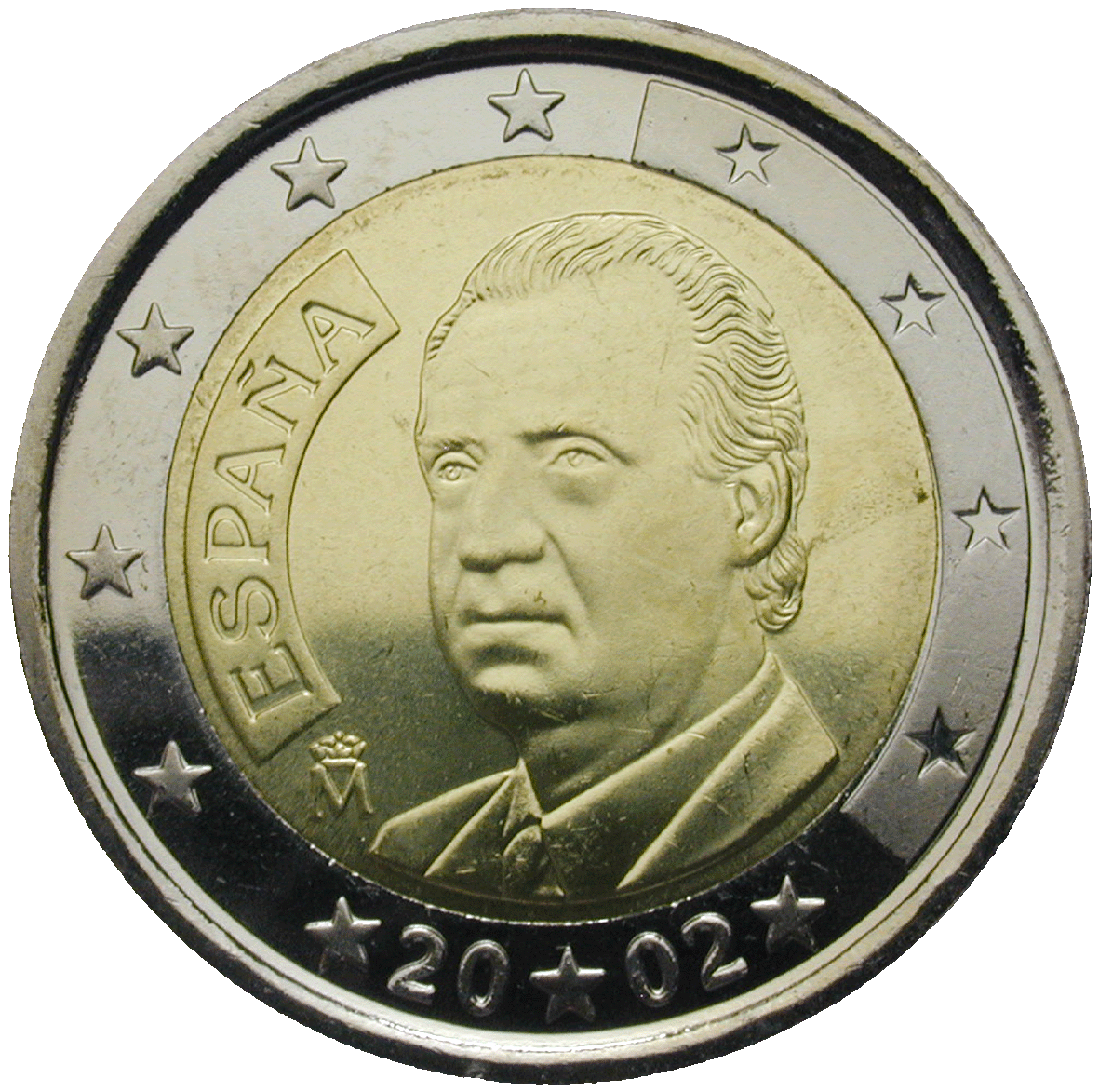 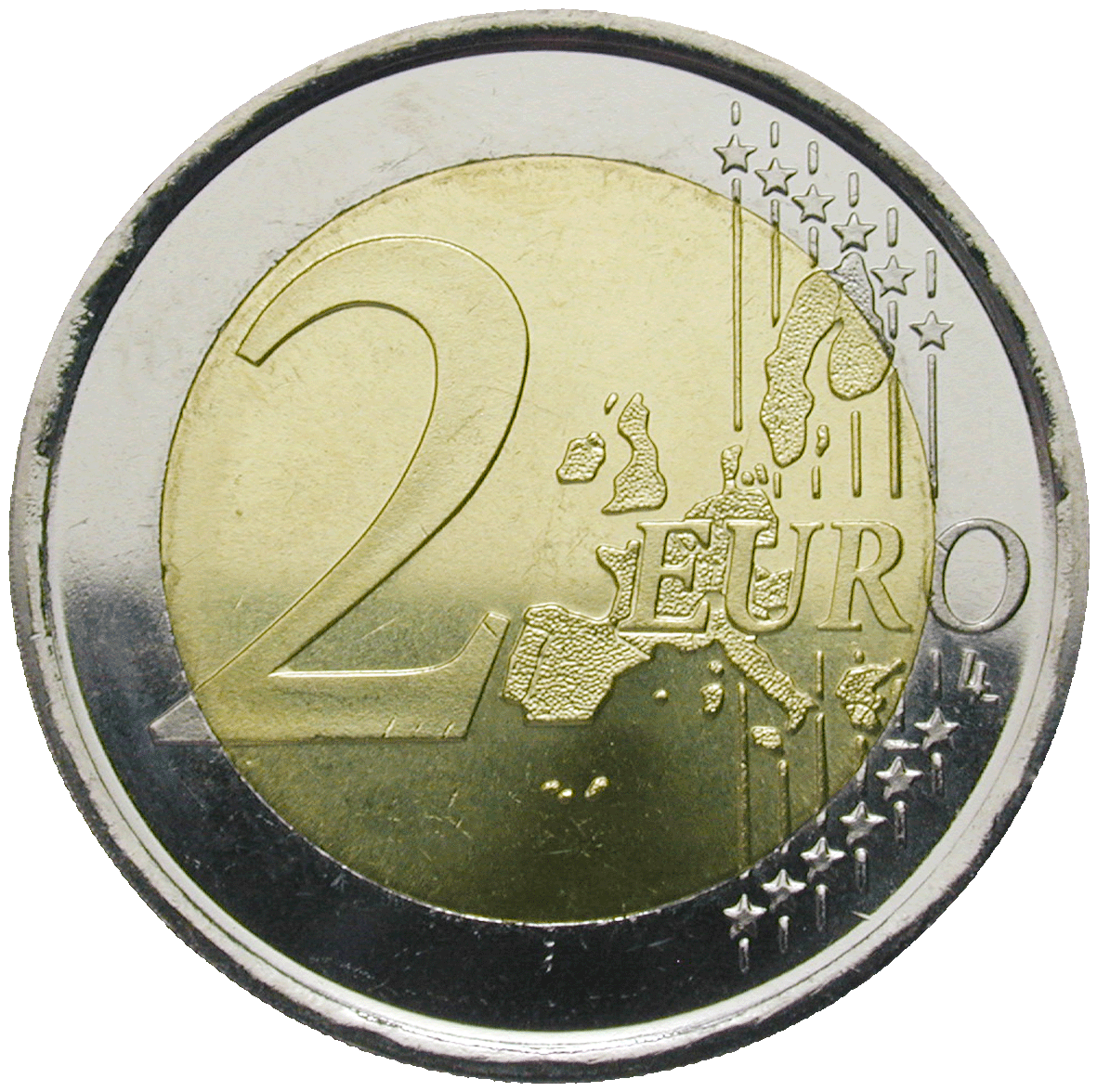 Spanish euro coins feature three different designs for each of the three series of coins. The 1, 2 and 5 cent-coins depict the cathedral in Santiago de Compostela. The church houses the shrine of Saint James, the patron saint of Spain. It is one of the most popular destinations of pilgrimage. The 10, 20 and 50 cent-coins show a portrait of the Spanish national poet Miguel de Cervantes, the author of "Don Quijote de la Mancha." The 1 and 2 euro-coins, finally, feature the image of the former king Juan Carlos, who sat on the Spanish throne from 1975 to 2014.