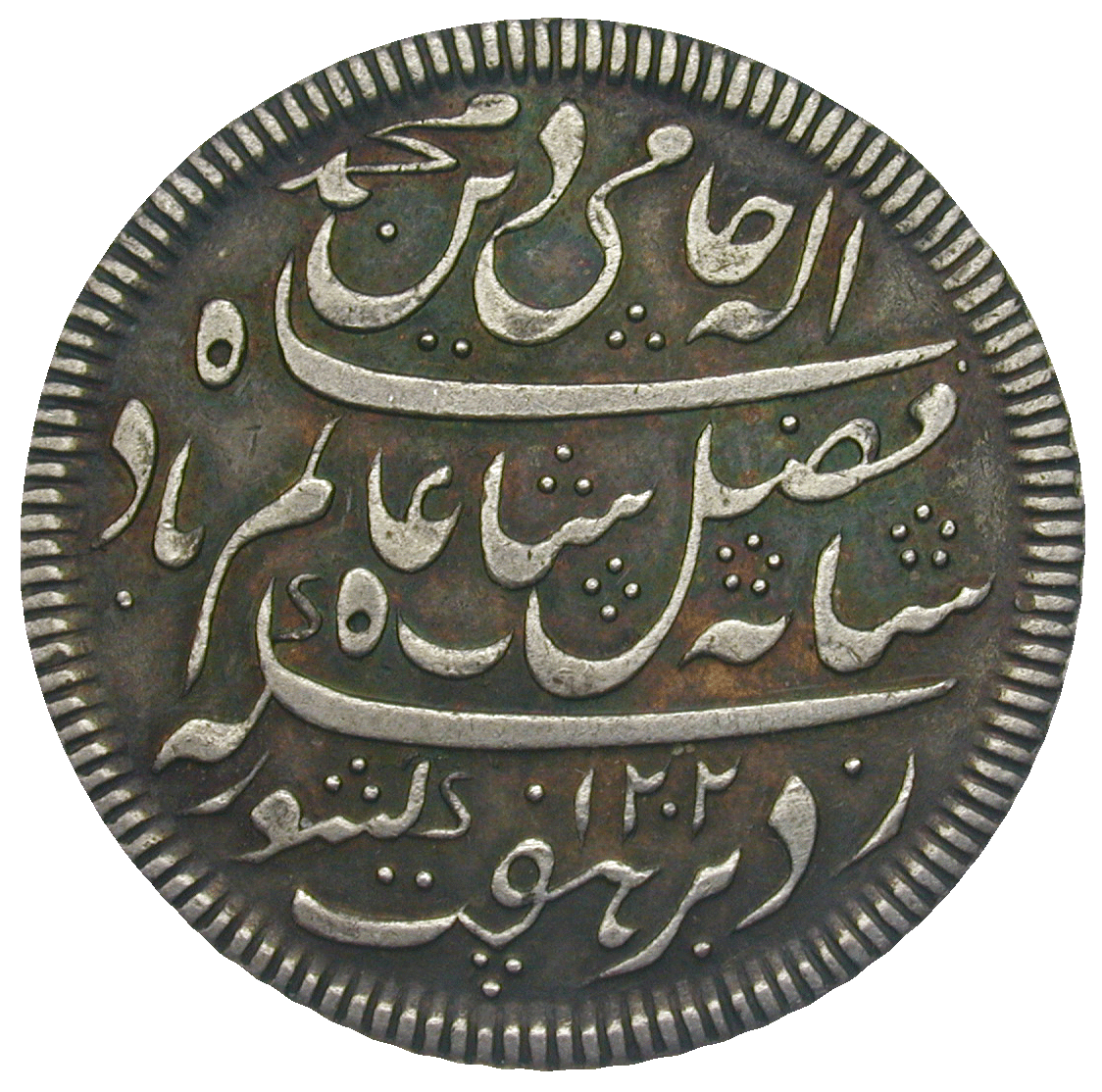 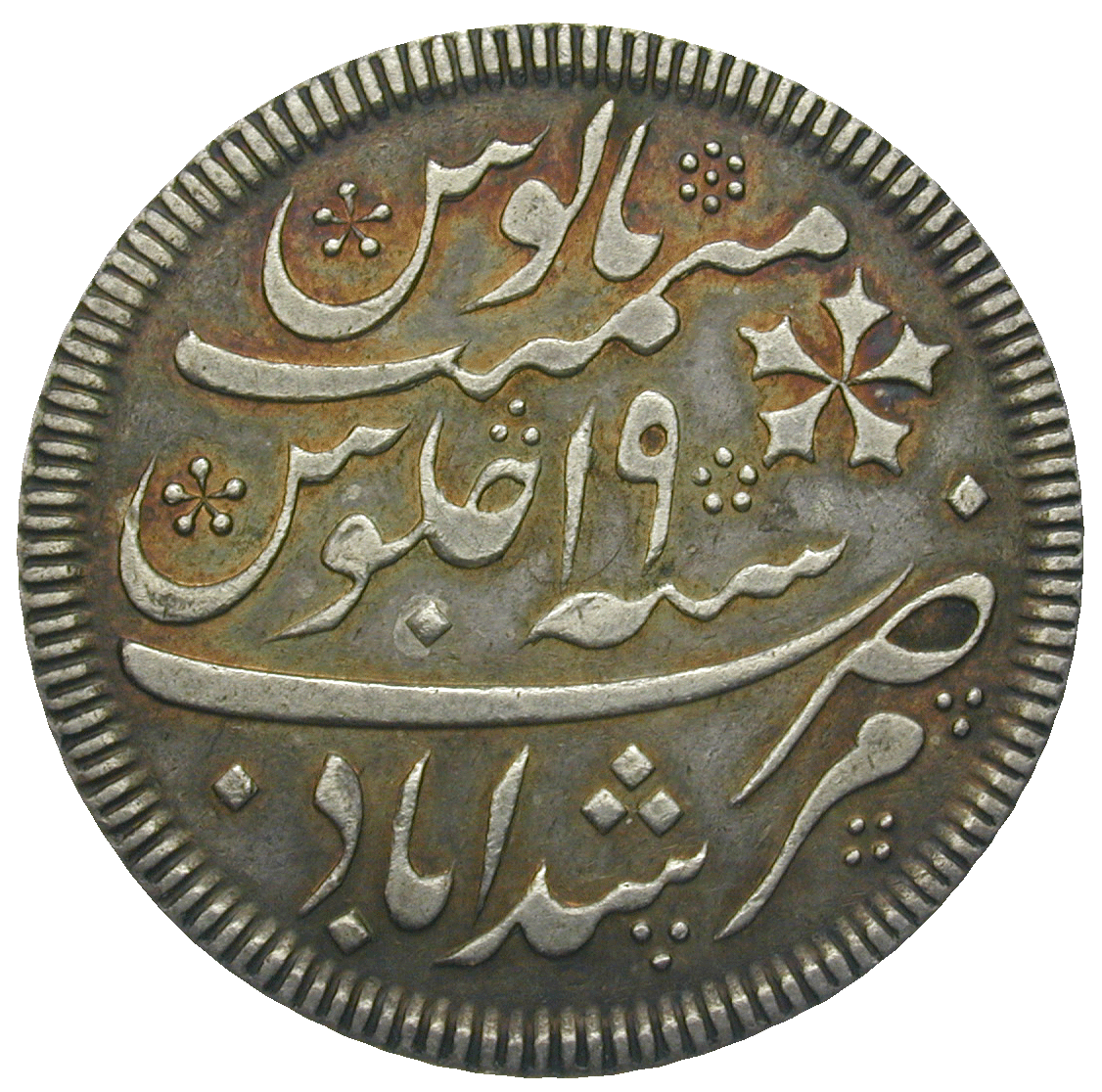 The first emperor of the Mughal Empire in India was Babur who, coming from Central Asia, in 1526 defeated the Sultan of Delhi. Around 1600 one of his successors brought large parts of north and central India under his control. About a century later the Mughal Empire reached its maximum expansion. After this, it slowly turned into a political nonentity. When Shah Alam II, the issuer of this rupee, seized power in 1759 (until 1806), Delhi was in the hand of Afghan enemies. Shah Alam lived in exile in Allahabad, returning to Delhi only in 1772. The rupee was the most important Mughal silver coin. With the Empire's expansion in the course of the 17th century, it spread throughout the Indian subcontinent and as a trade coin eventually reached the African and Arabian world. When the Brits took over power, they started to issue rupees themselves, not only in India, but also in their East African colonies.