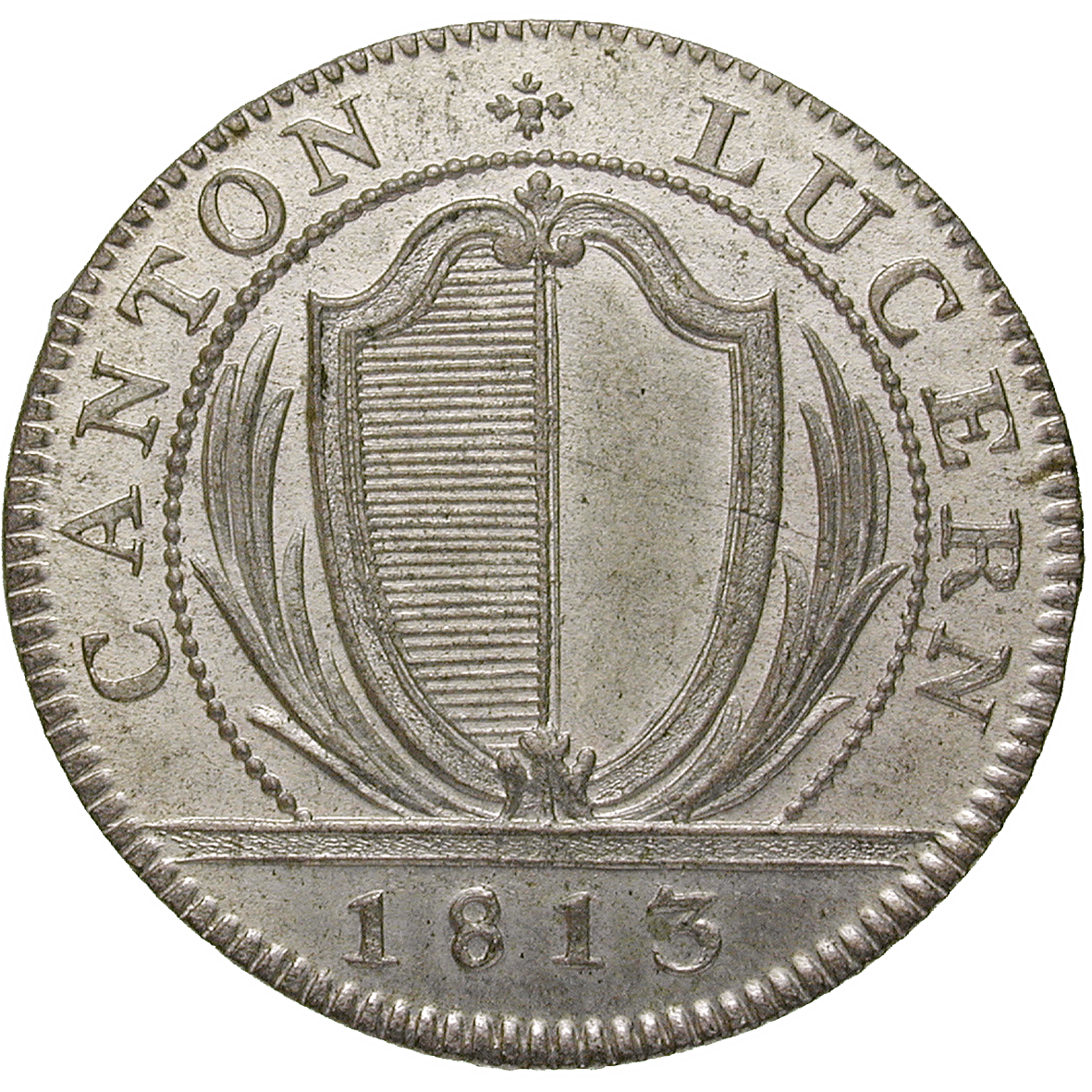 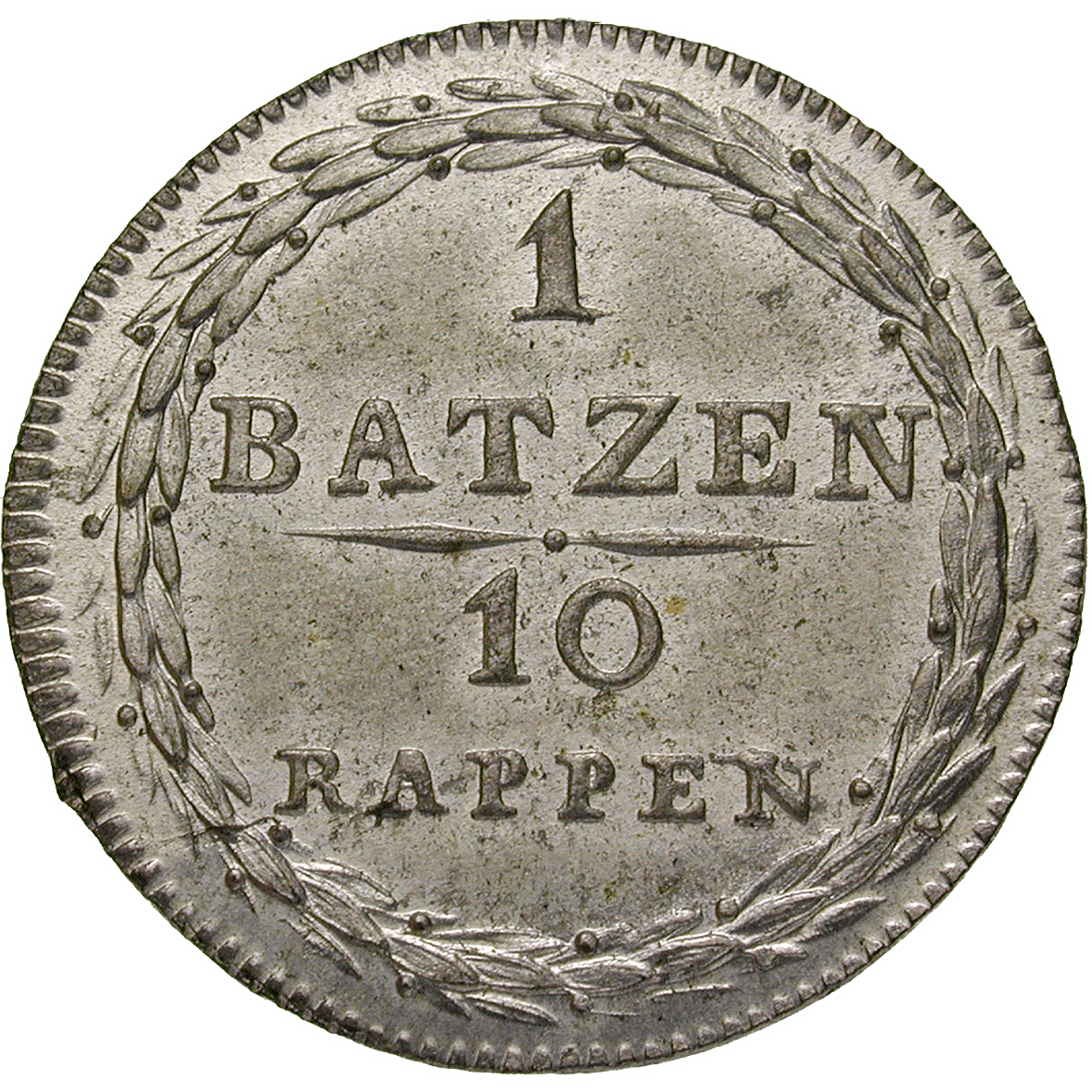 Napoleon tried to harmonize and unify Swiss coinage for the first time during the French occupation of Switzerland in 1798. This came to an abrupt end in 1803, when the so-called Helvetic Republic created by Napolen was dissolved and turned into a confederation of 19 cantons. However, the use of the French franc and its decimal system was maintained. The basic value was called a Swiss franc which was divided into 10 batzen or 100 rappen. This batzen shows the emblem of Canton of Lucerne between two palm branches, illustrating the cantonal sovereignty in coinage. the figure 10 designates the coin's value and points to the supraregional use of the decimal system.