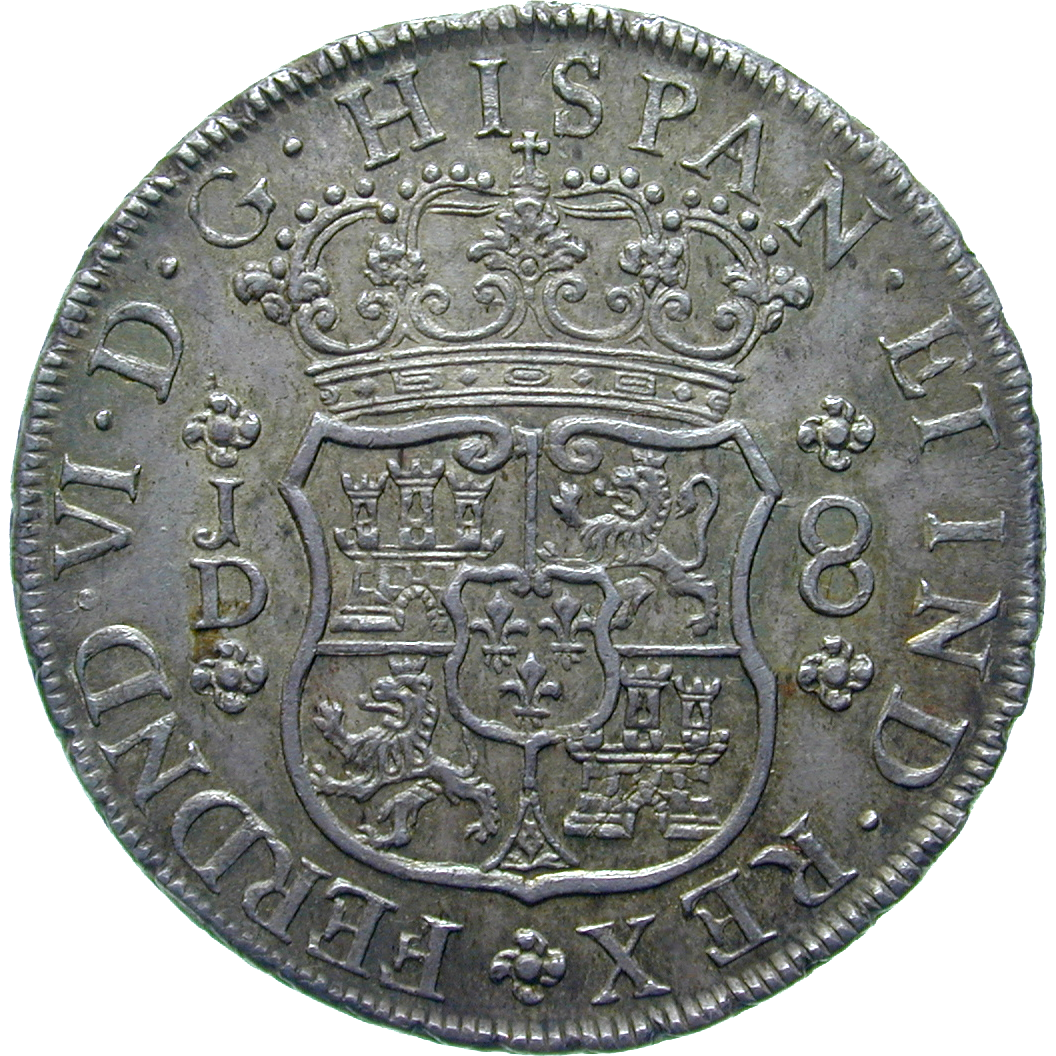 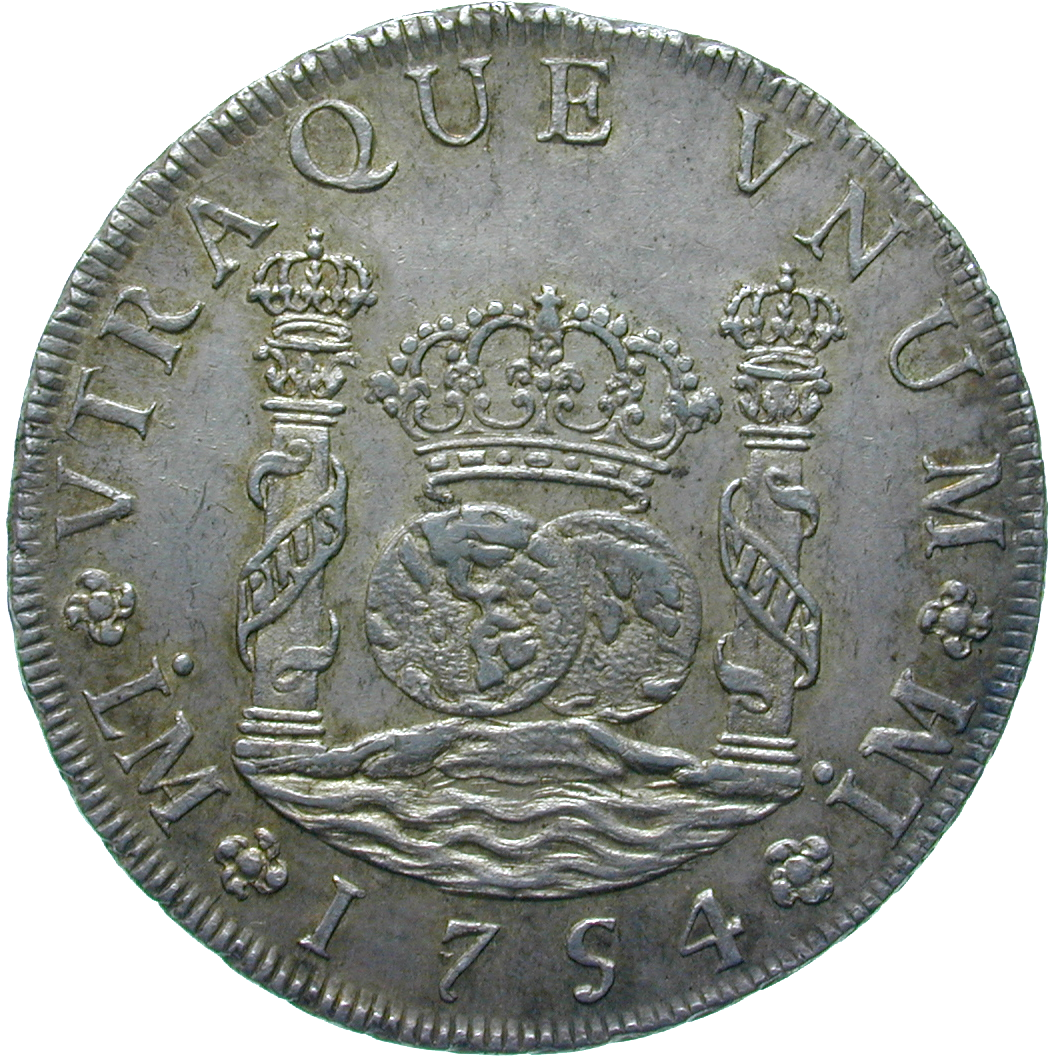 The real de a ocho, the 8-reales coin, later known as peso, was minted in 1732 in Mexico for the first time. In Spanish colloquial it was known as "real fuerte culumnario," i.e. as pillar dollar, and in German as Säulenpiaster. These names all refer to the image on the reverse of the coin: the two pillars of Heracles rising out of the sea, flanked by the hemispheres of the Old and the New Worlds. The peso took the world economy by assault. It was especially popular for trade with Asia and thus became the forerunner of the Chinese yuan and the Japanese yen. In North America, the peso was a well-liked trading coin as well and became the prototype of the modern US dollar.