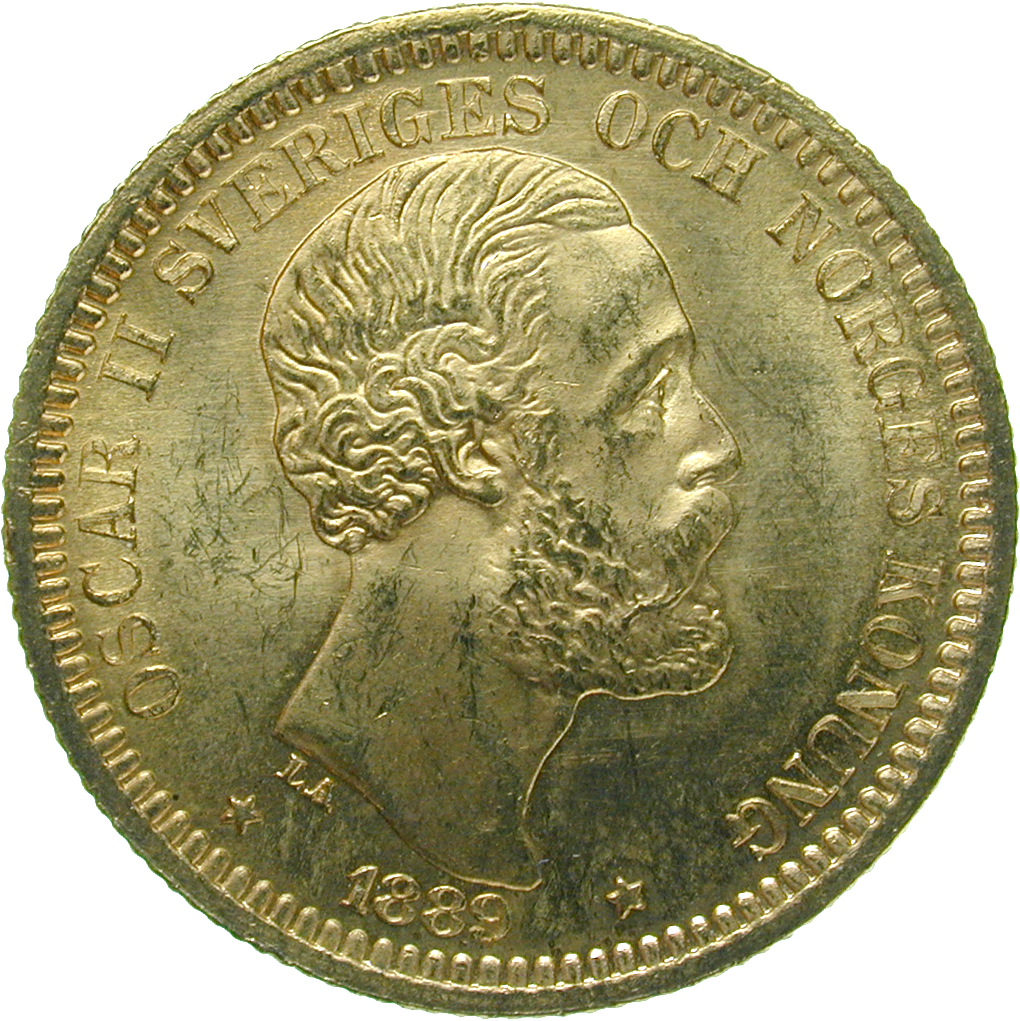 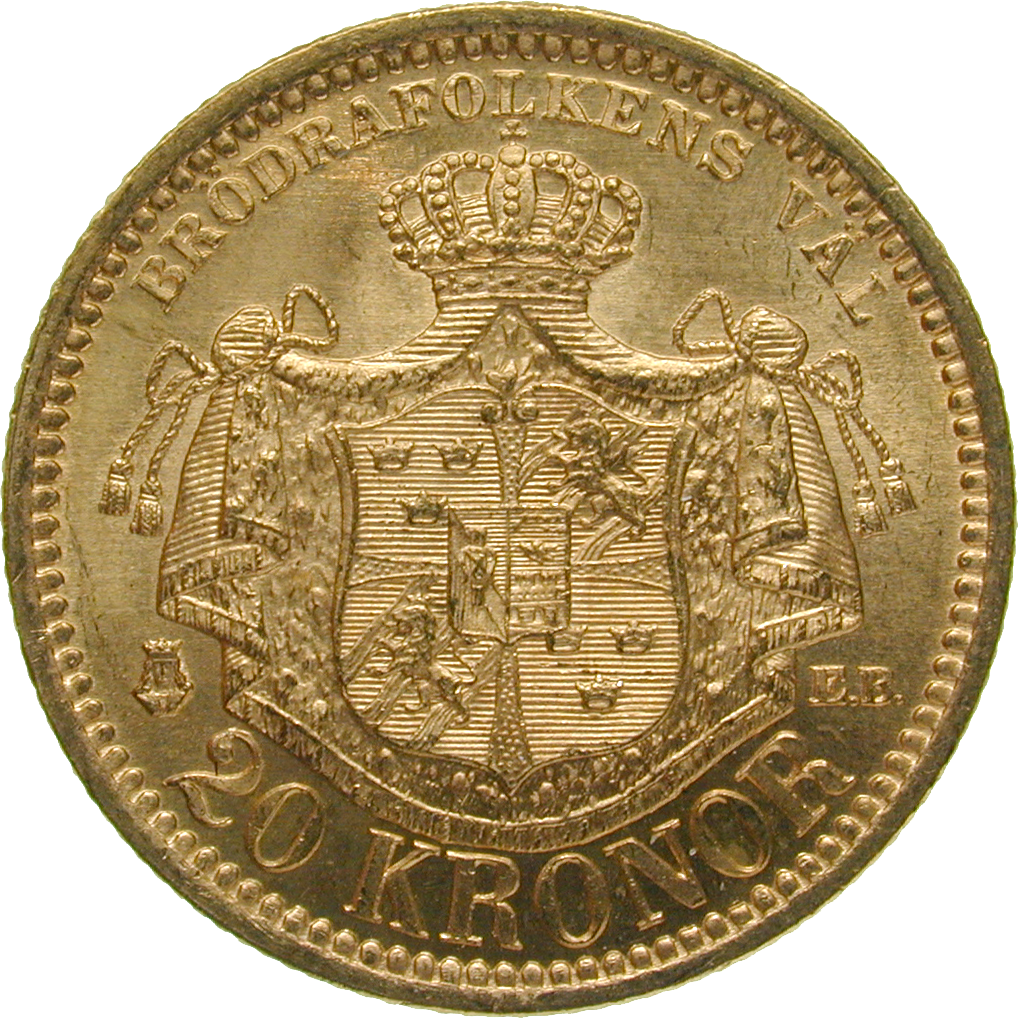 In 1873, Denmark and Sweden instituted the Scandinavian (or Nordic) Monetary Union, which was joined by Norway two years later. The united countries introduced the crown. Size, weight and fineness of the Scandinavian coins were standardized, so that the respective crowns and öre could circulate as legal tender in each of the three countries. The century-old Swedish riksdaler became history. Sweden issued gold coins at 5, 10 and 20 crowns and silver coins at 2 crowns respectively at 10, 25 and 50 öre. Bronze coins were produced with face values of 1, 2 and 5 öre. These denominations were kept even after the breakup of the Scandinavian Union in 1924, and they exist up to this day as Sweden has not adopted the Euro yet.