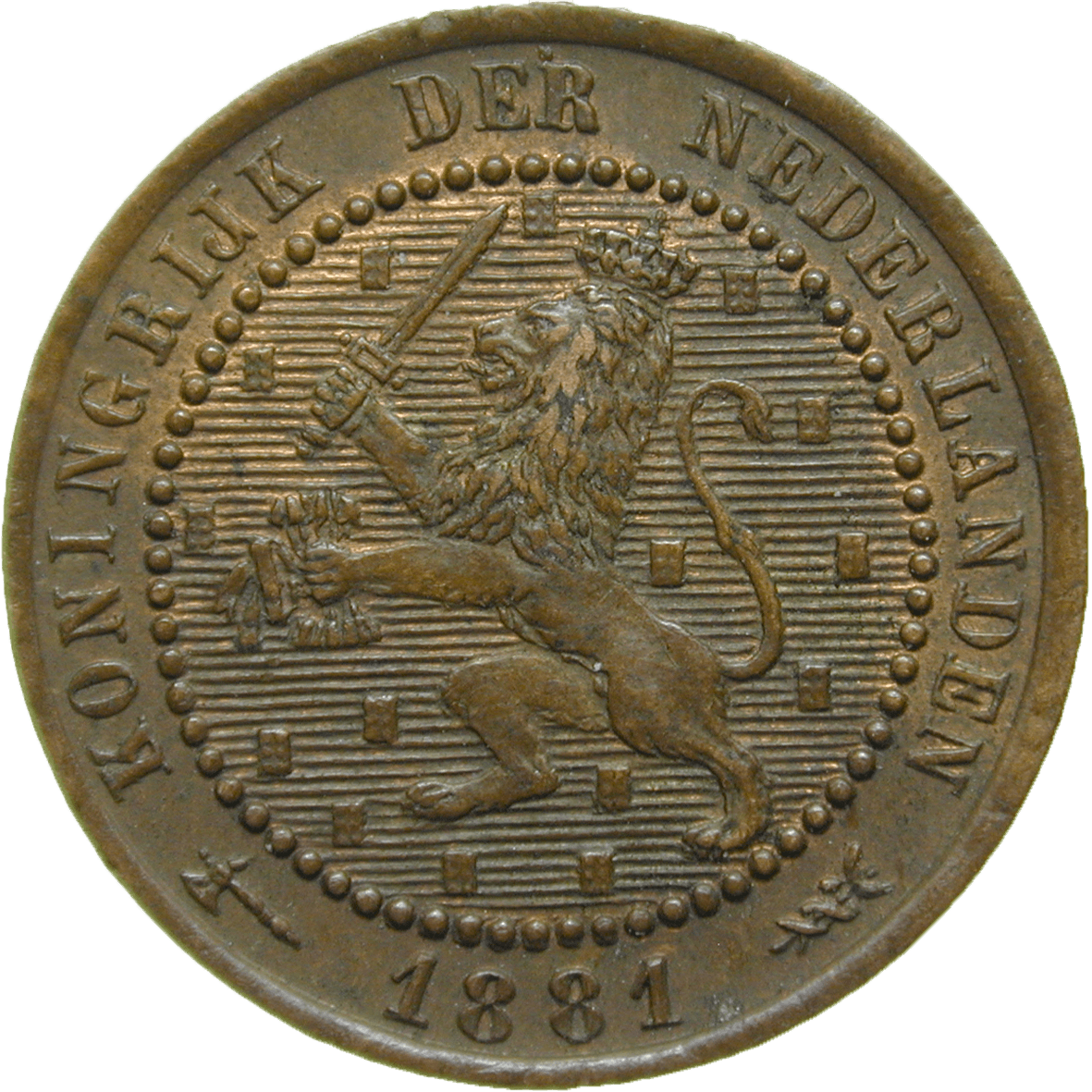 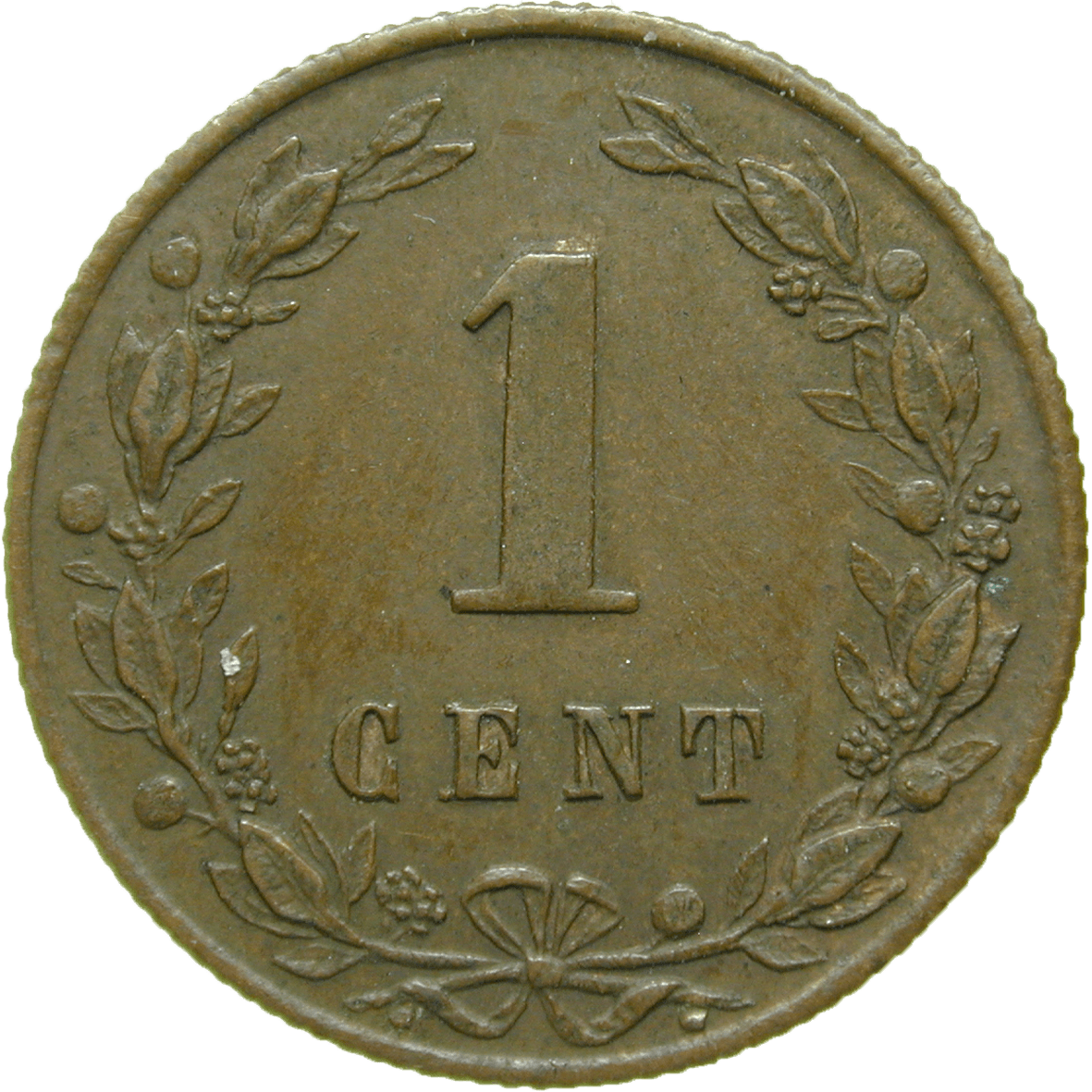 This small coin dates from the late 19th century, a time of great change in the Netherlands. It was minted in the name of King William III, who ascended to the throne in 1849 (and reigned until 1890). The year before, Europe had experienced the 'Spring of Nations', a wave of revolutionary unrest and of social and national democratic requests. Many monarchies had been shaken; in the Netherlands a liberal constitution had been introduced that had transformed the absolute into a constitutional monarchy.. William III was not the man to accept such changes without resistance. Known also as 'King Gorilla' for his tantrums, he tried to regain his power in the first years of his reign. When he did not succeed, he lost every interest in politics and turned to the more pleasant things of life. Besides his three lawful sons he fathered at least eleven illegitimate children. And at the age of 62 he married a princess some 40 years his minor, who bore him the daughter that was to become the next queen of the Netherlands: Wilhelmina.