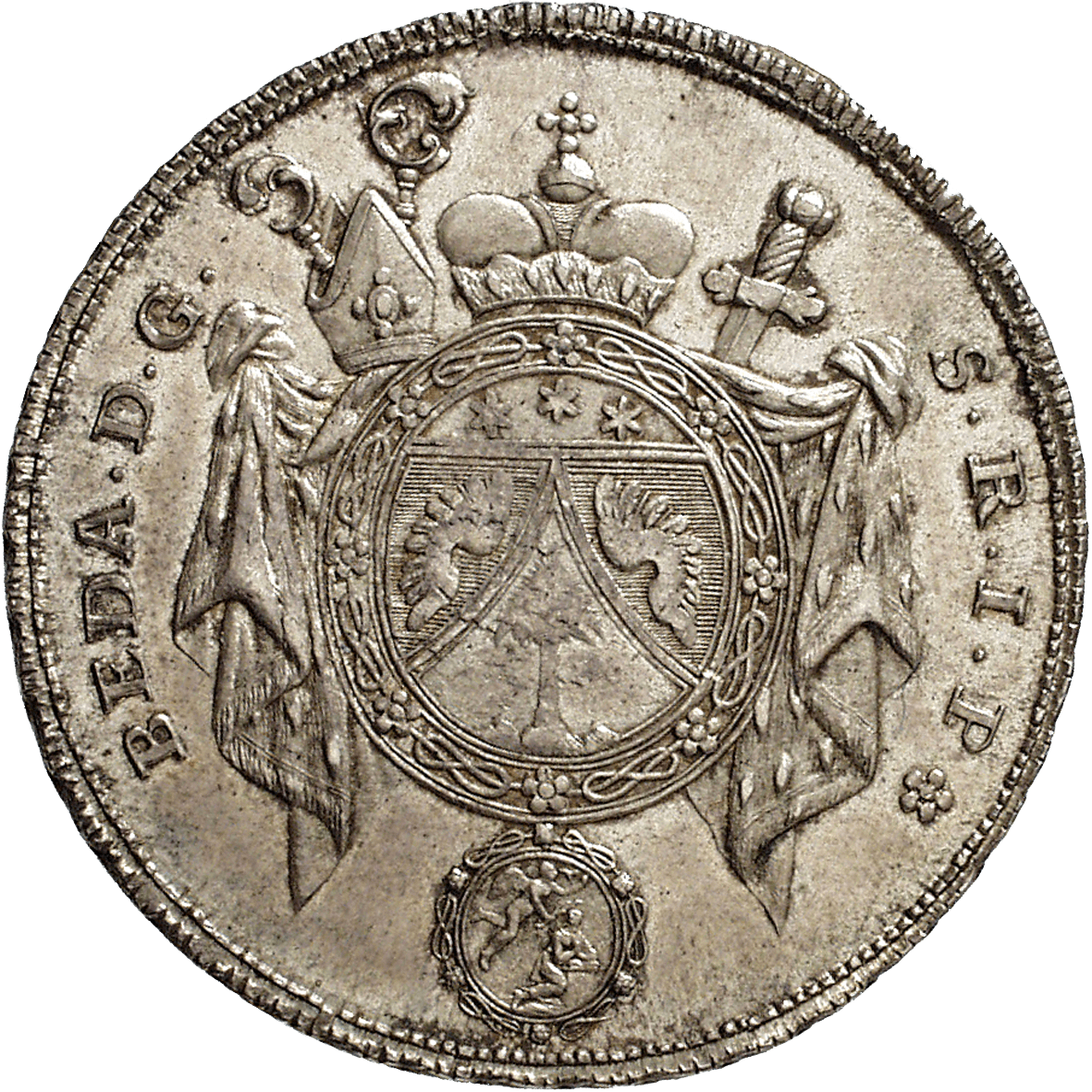 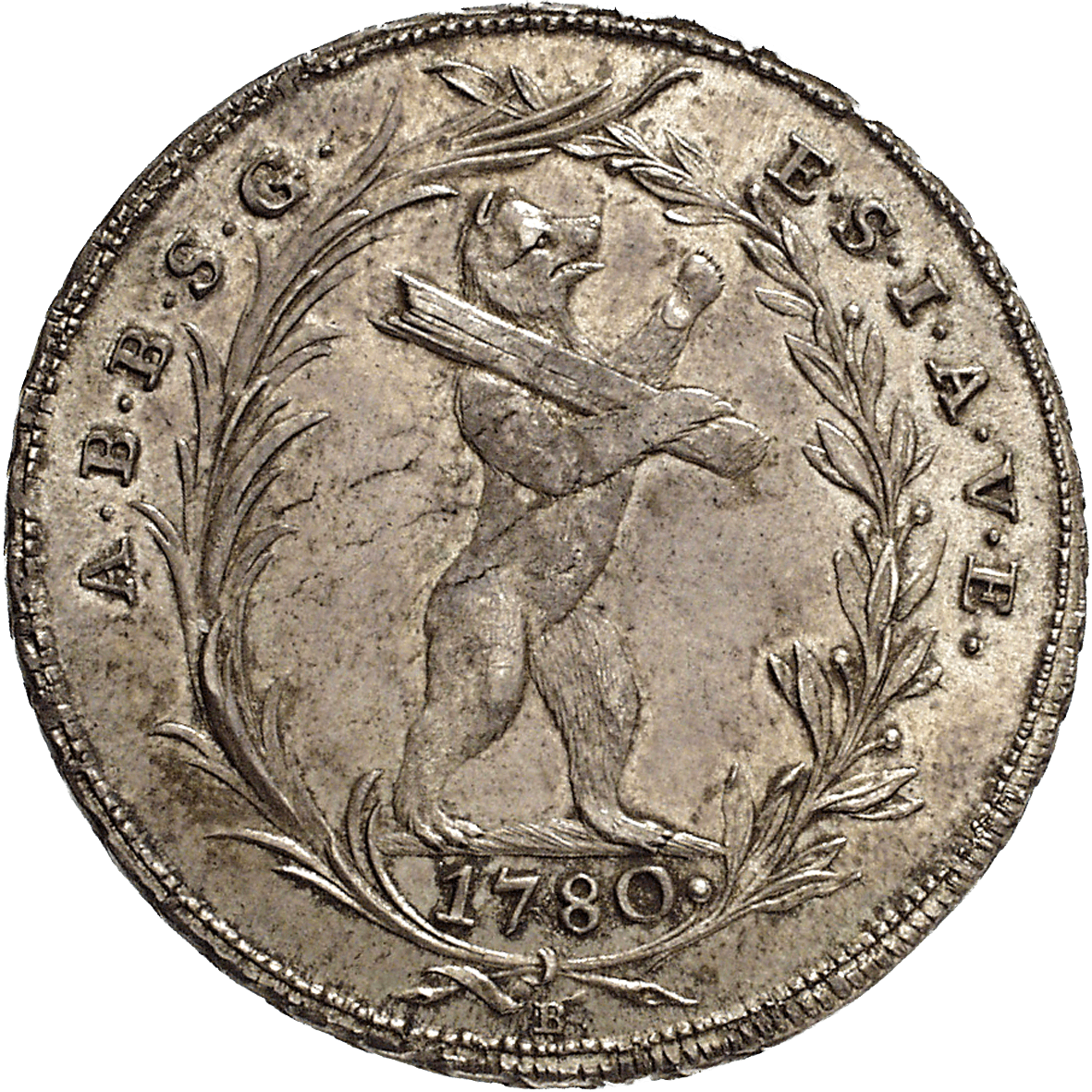 Abbot Beda Angehrn (1767-1796) was the last abbot of St Gall to issue coins. His emission comprised 16 different denominations, from pfennigs to ducats. Beda Angehrn had his coins minted partly in the 20-gulden coin standard, the so-called conventional standard, and partly in the 24-gulden standard. Both coin standards were used in Austria and Southern Germany. This taler was minted in 1780 after the conventional standard. Some years later, in 1798, the Helvetic Republic was to put an end to the territorial rule of the abbot of St Gall, and in 1805, the city council of St Gall was to dissolve the abbey completely.