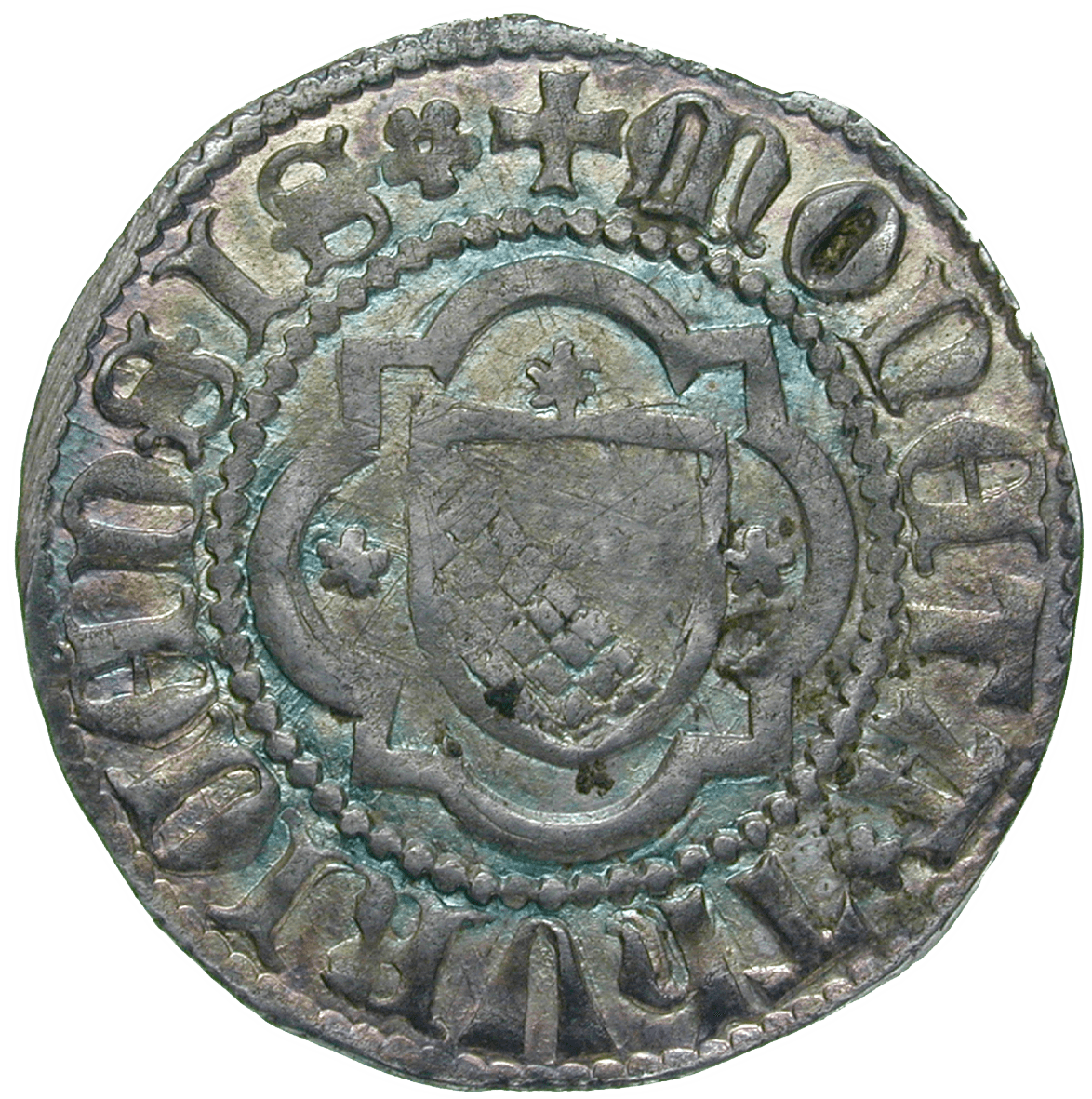 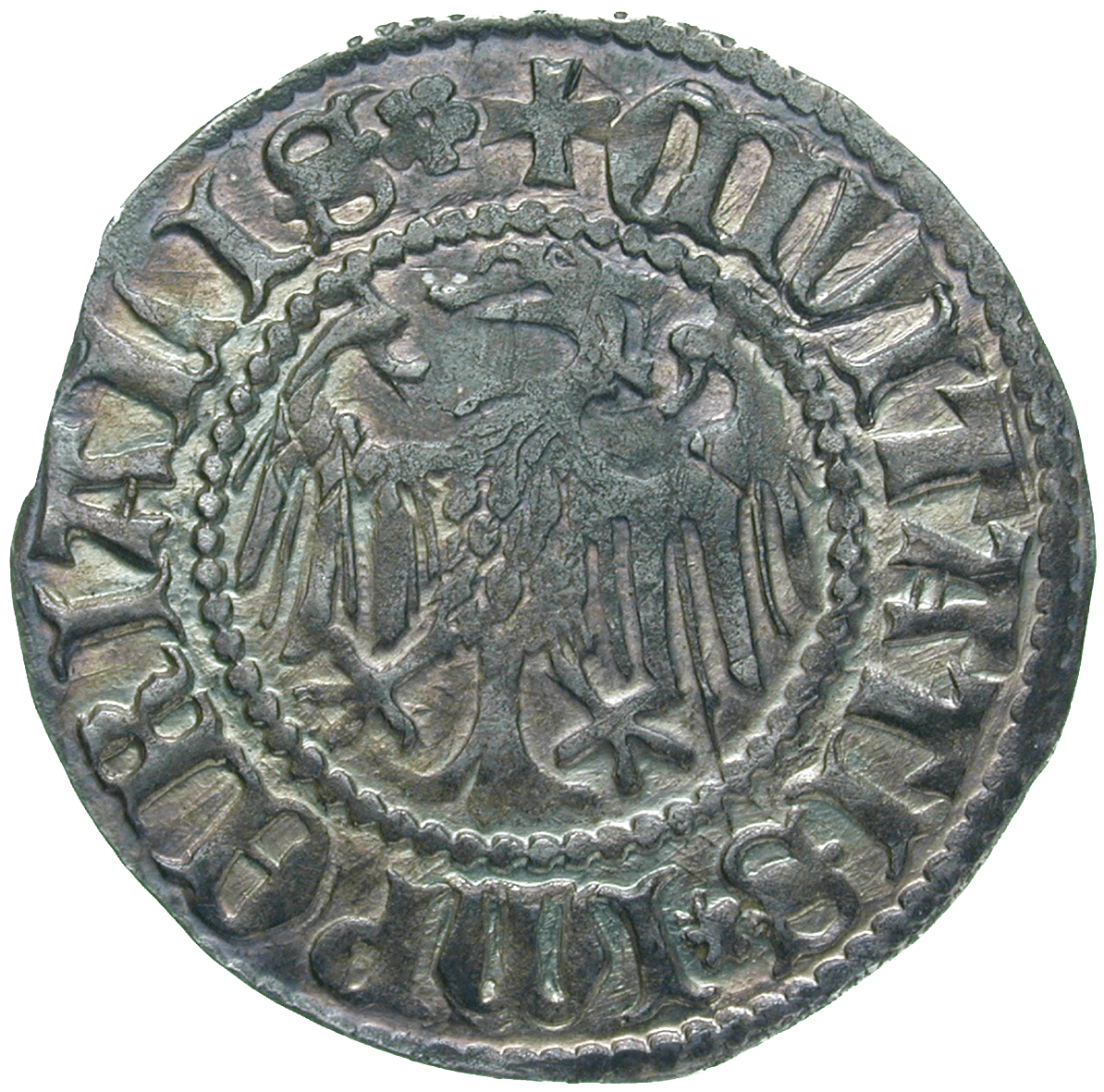 Around the mid-14th century the lack of a larger coin denomination for trade made itself felt in Zurich. Instead, large numbers of foreign plapparts began to flow in, encouraging the authorities to start the issue of plapparts themselves. The Zurich plapparts featured an imperial eagle on the reverse, and were thus called somewhat disrespectfully, 'crow's plapparts'. Around 1430, when this coin was minted, the value of a plappart lay supposedly around 15 pfennigs.

At that time the city of Zurich had just obtained the right to issue coins by Emperor Sigismund (1425). Before that, the abbesses of the Fraumünster Abbey as the town ladies had held the right of coinage.