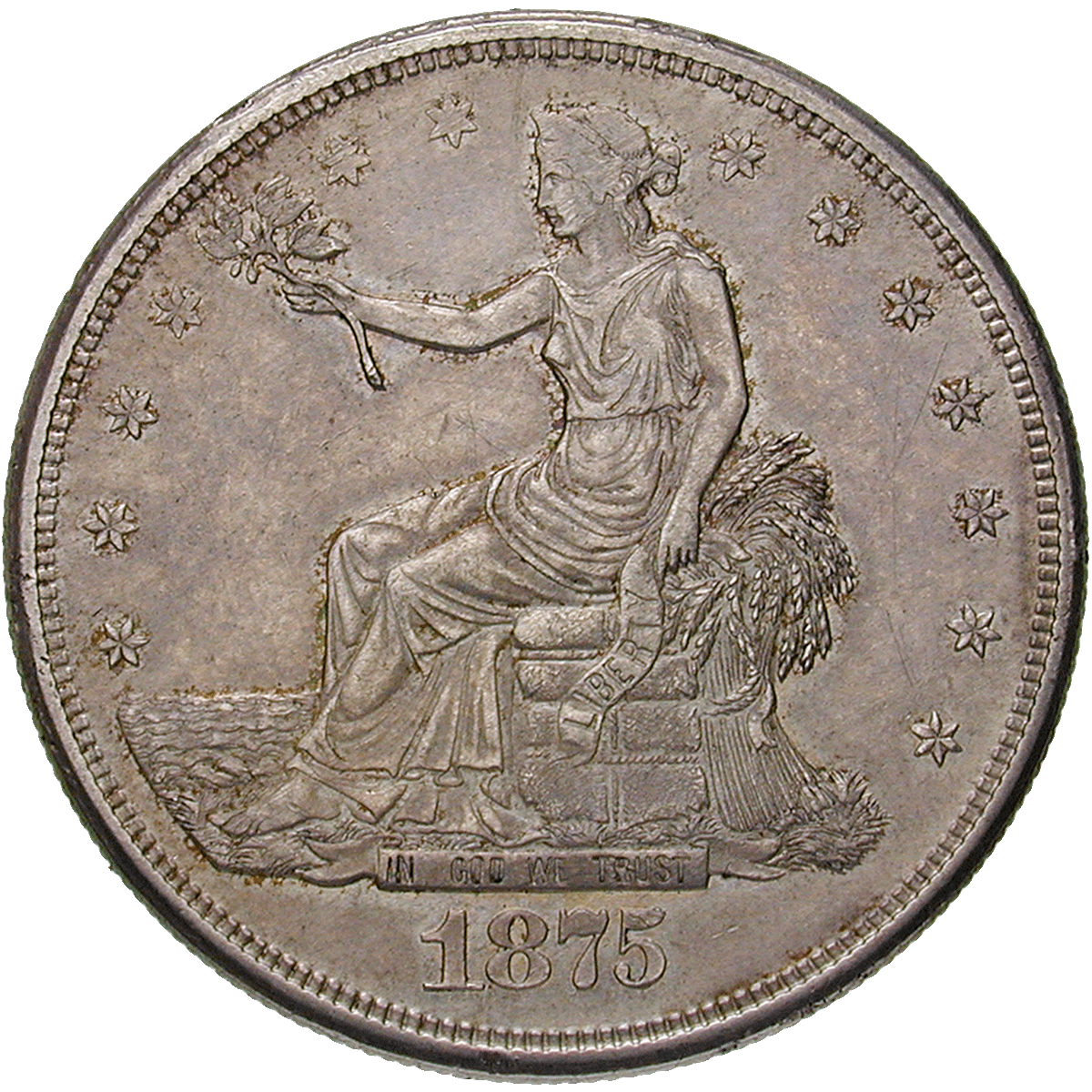 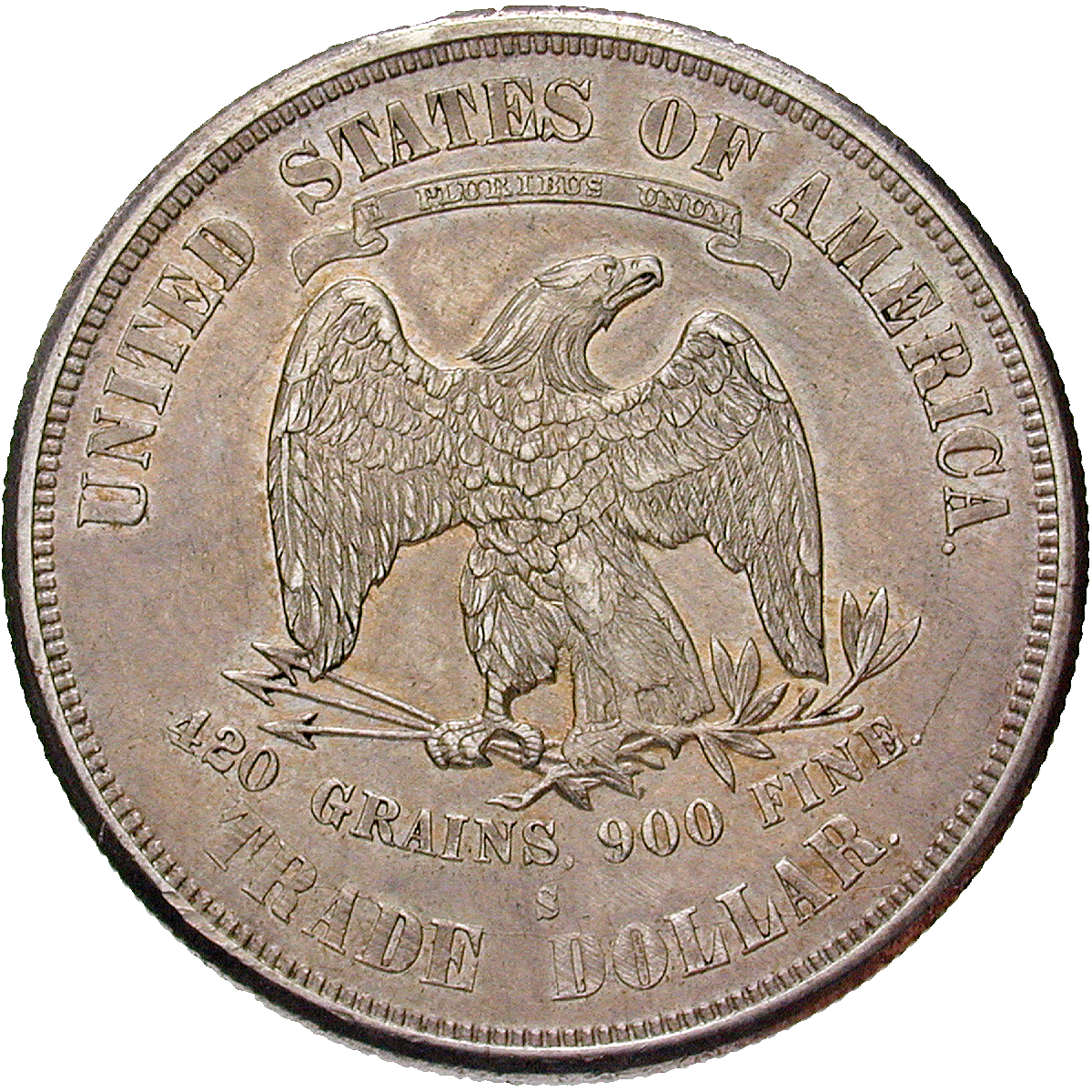 Trade dollars were minted by the USA, by Great Britain and by France as trade money. The goal was to oust the Mexican pesos from trade with China and to replace them by the respective countries own coins. Appropriate to their aim, the US trade dollars depicted Liberty seated on a bale of cotton and wheat, extending an olive branch to the left. In five years, from 1873 to 1878, the mints of Philadelphia, San Francisco and Carson City struck over 30 million of those dollars. They were not successful, however. In 1876, Congress declared the trade dollars valid only for export, and demonetized it as legal tender within the United States.