Kingdom of Sweden, Frederick I, Ducat 1750 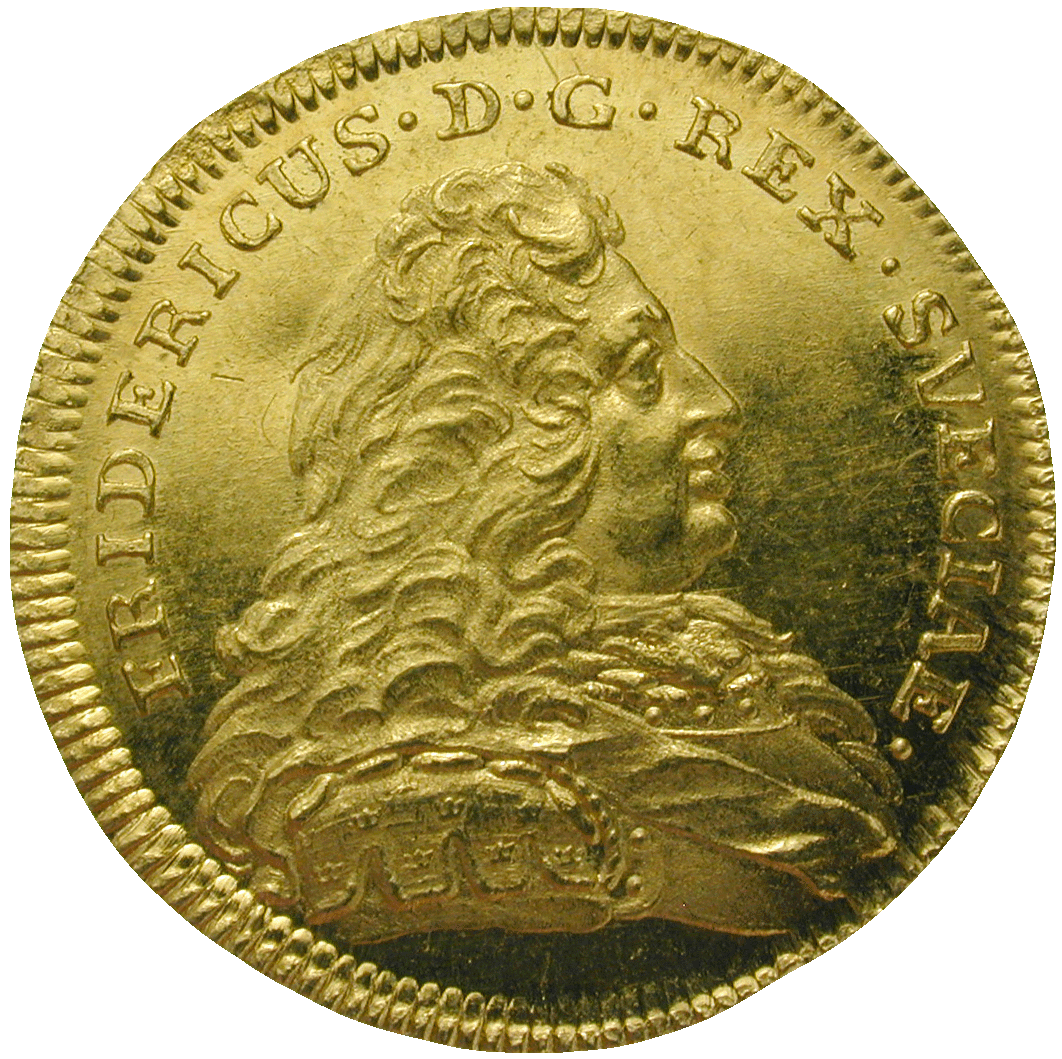 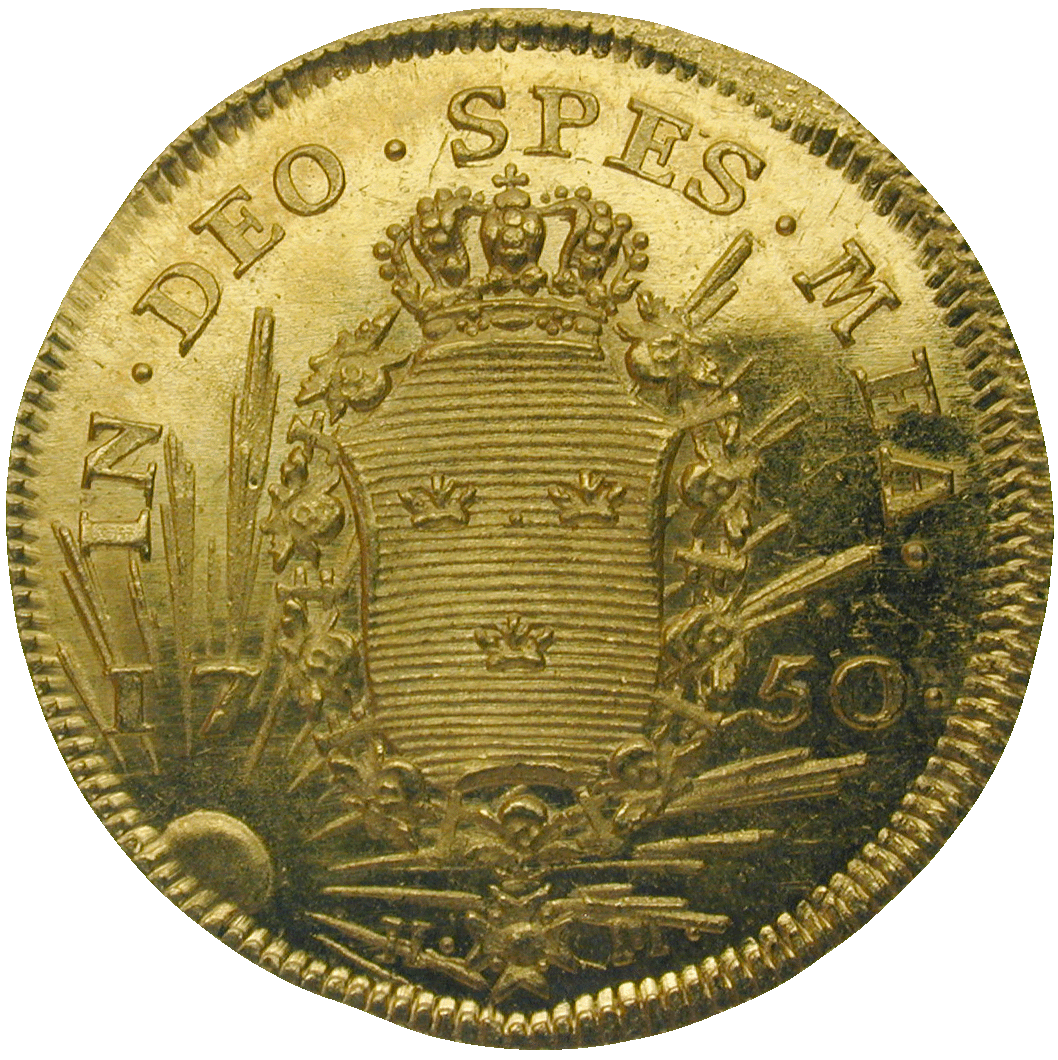 The coinage of the Swedish King Frederick I (1720-1751) is extraordinarily rich in gold and silver, although those coins were predominantly minted for foreign trade in Sweden. The ducats struck from gold from the East Indies (actually China) are especially interesting. This coin is such a specimen, recognizable from the rising sun with its sunrays on the lower left of the coat of arms on the reverse. Frederick's gold coins all bear the kings head wearing a huge fashionable periwig. The reverse of this coin shows the royal coat of arms with the three crowns of Sweden (Tre Kronor). They have been a national symbol since the second half of the 14th century.