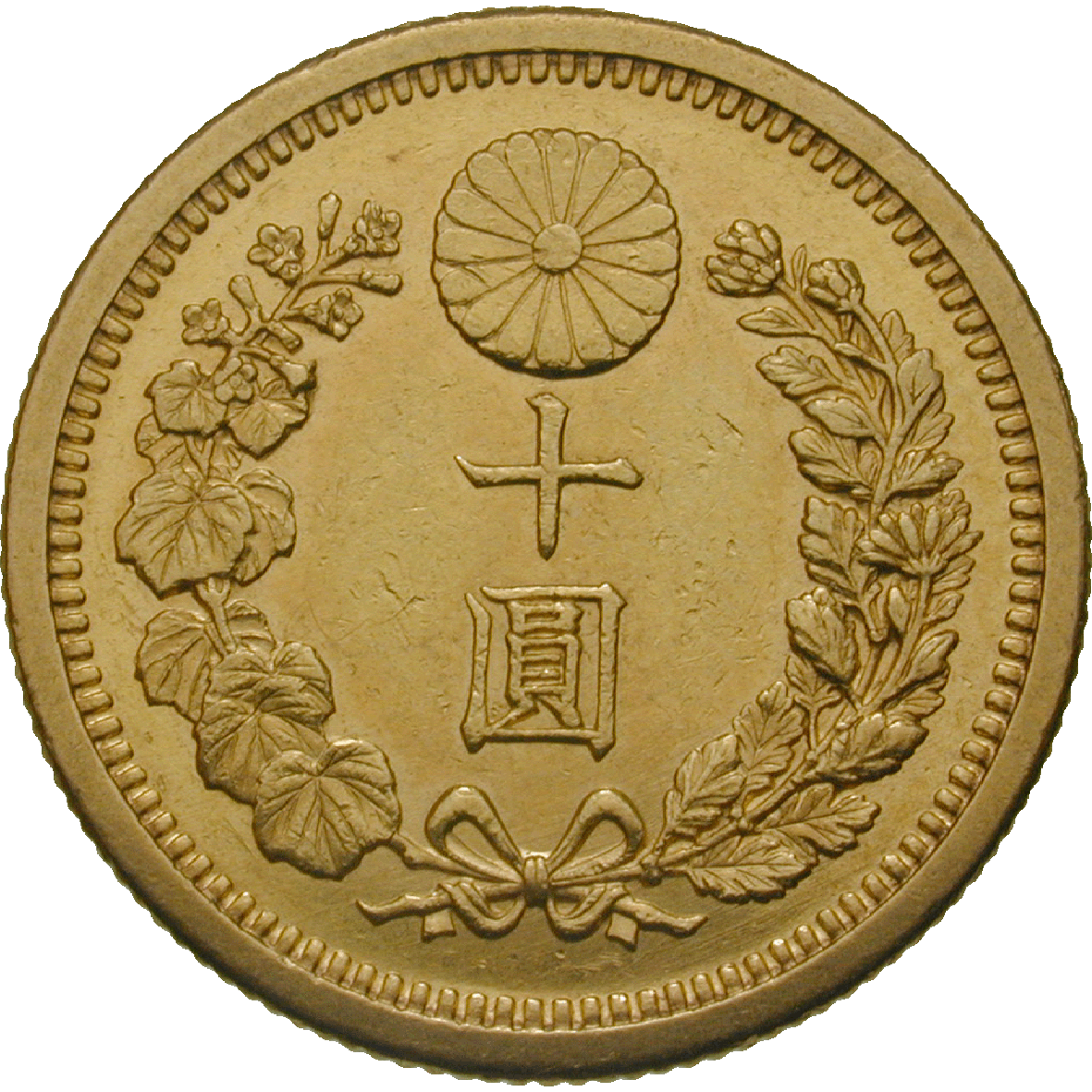 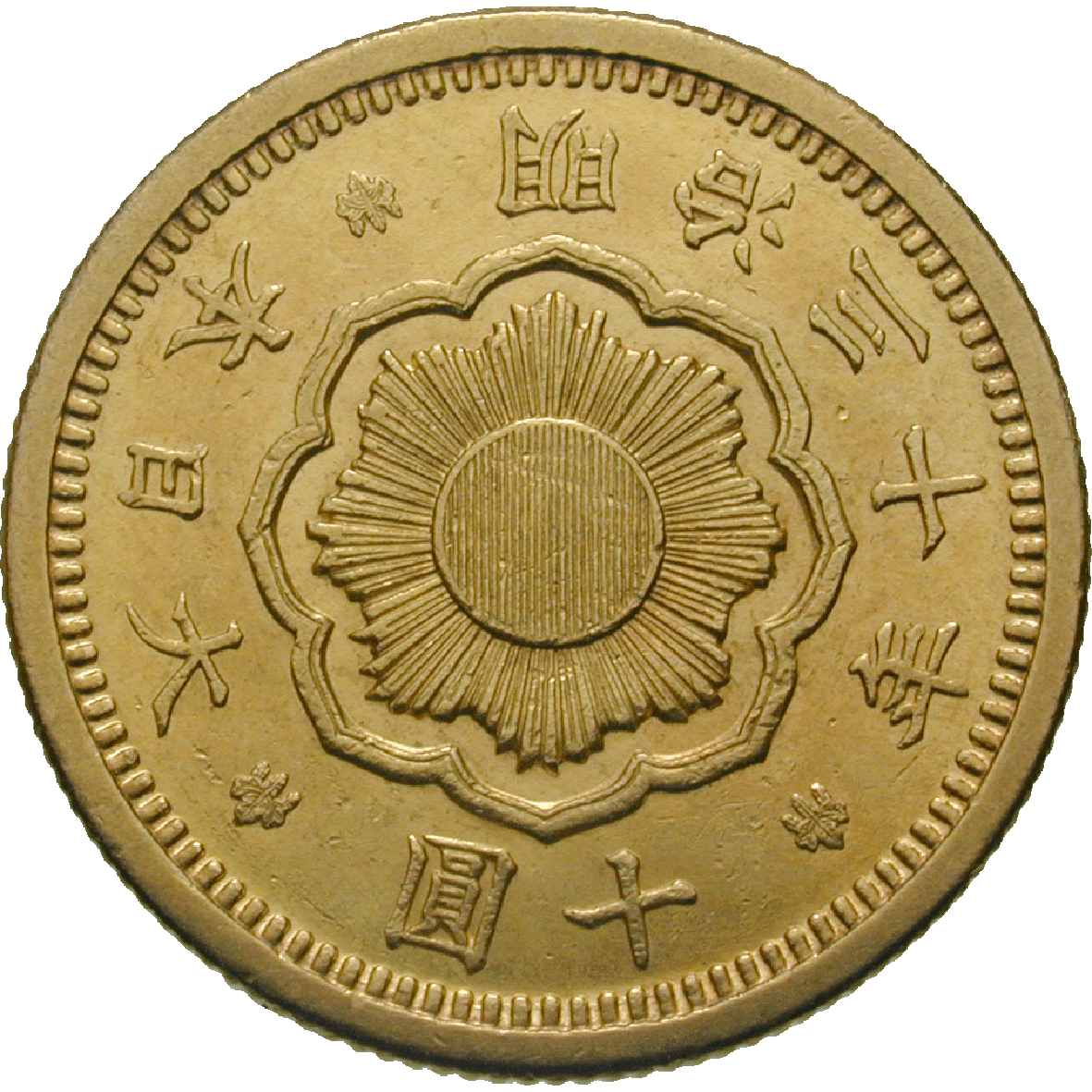 In the second half of the 1890s, large quantities of silver entered Japan. They were reparation payments from China after the First Sino-Japanese War (1894-1895). The Japanese finance minister used this Chinese silver to purchase huge quantities of gold. In the year 30 of the Meiji government (1897), he had acquired so much of it that he was able to switch the Japanese currency standard from silver to gold. New gold coins were minted. The denominations of 1 and 2 yen were not issued in gold, however. They would have been too small for daily use. Instead, only coins of 5, 10 and 20 yen circulated in gold.