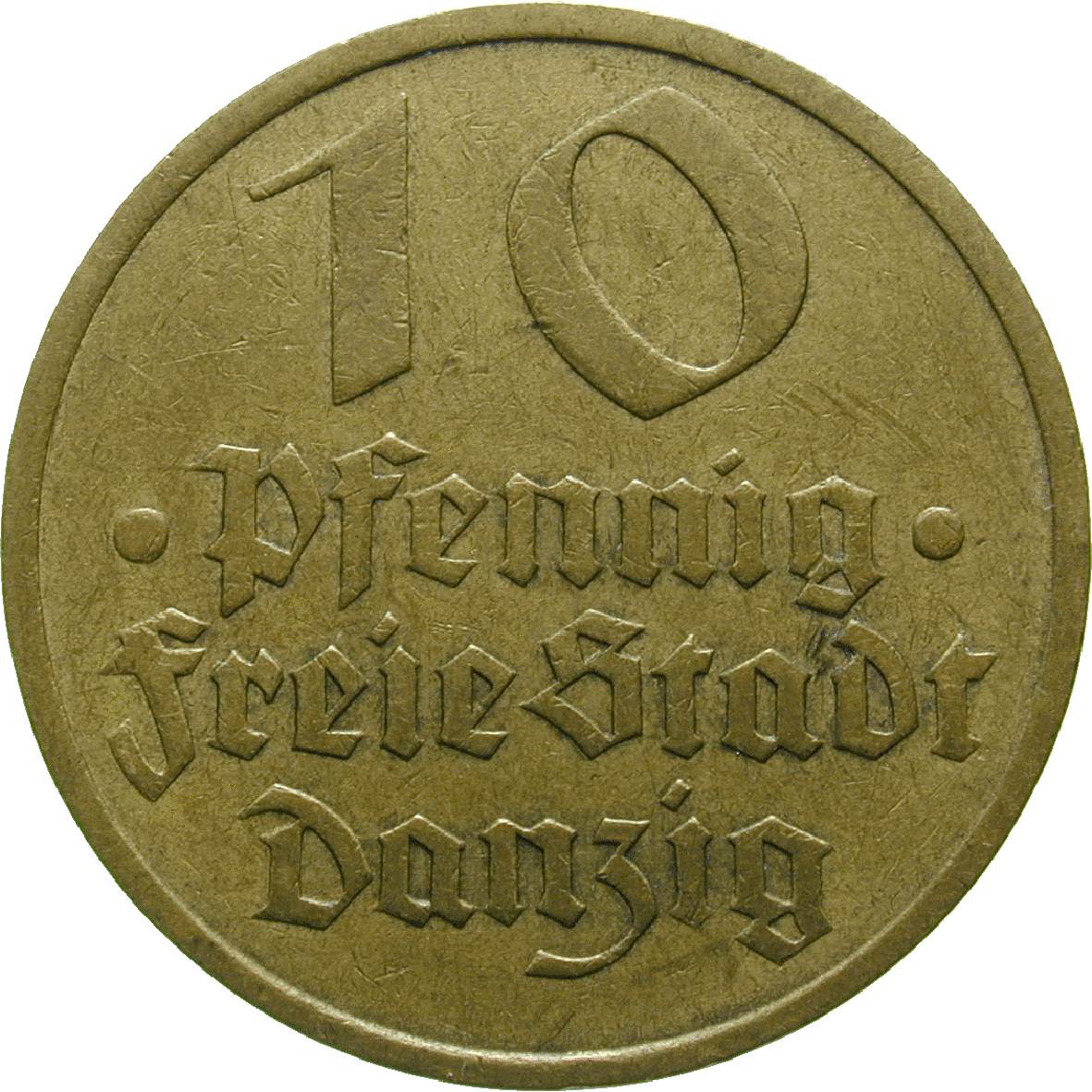 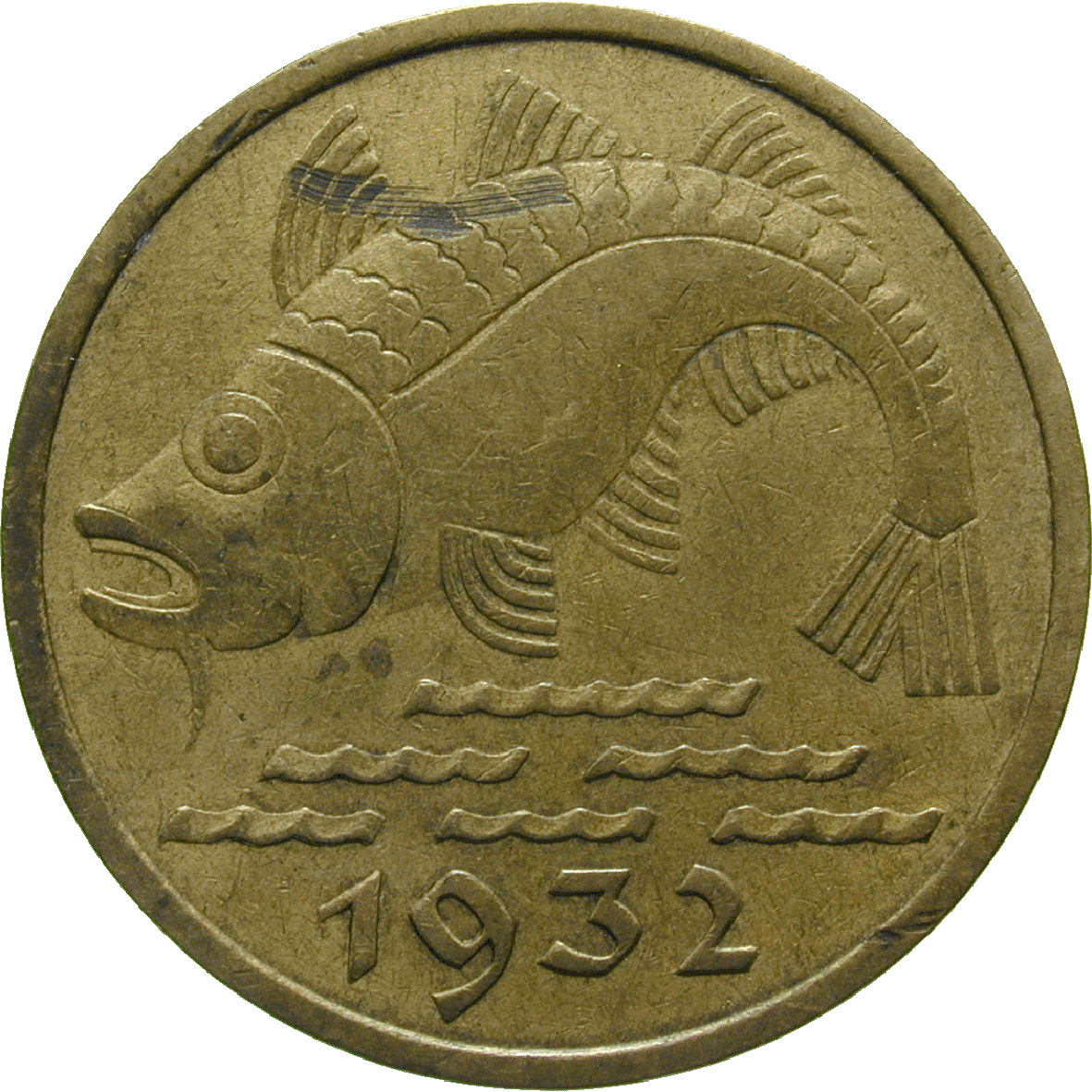 After the end of World War One, Danzig was detached from the German Reich and became a free state. With this it came under the shelter of the League of Nations. As a free state, Danzig maintained the mark currency. This, however, subjected the Danzig currency to the inflation seizing Germany after the war. In this situation, the Bank of England came to the rescue. It offered Danzig financial support based on a law demanding a currency of stable value for Danzig. The new unit of account became the gulden of 100 pfennigs. At the same time 1 gulden equaled 1/25 pound sterling. This coin of 10 pfennigs belonged to the second series of coins that the Free State of Danzig issued in 1932. The coins were minted in Berlin.