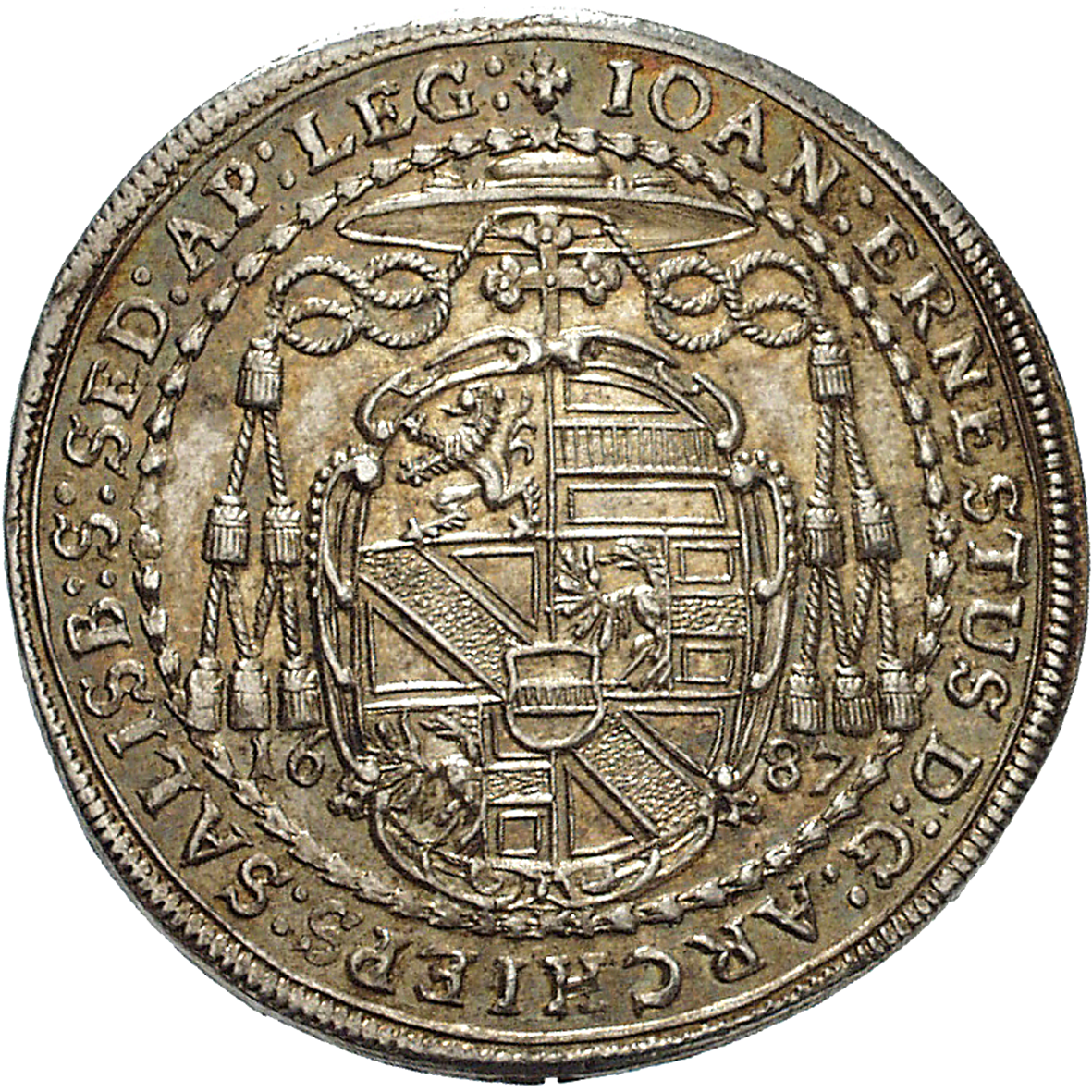 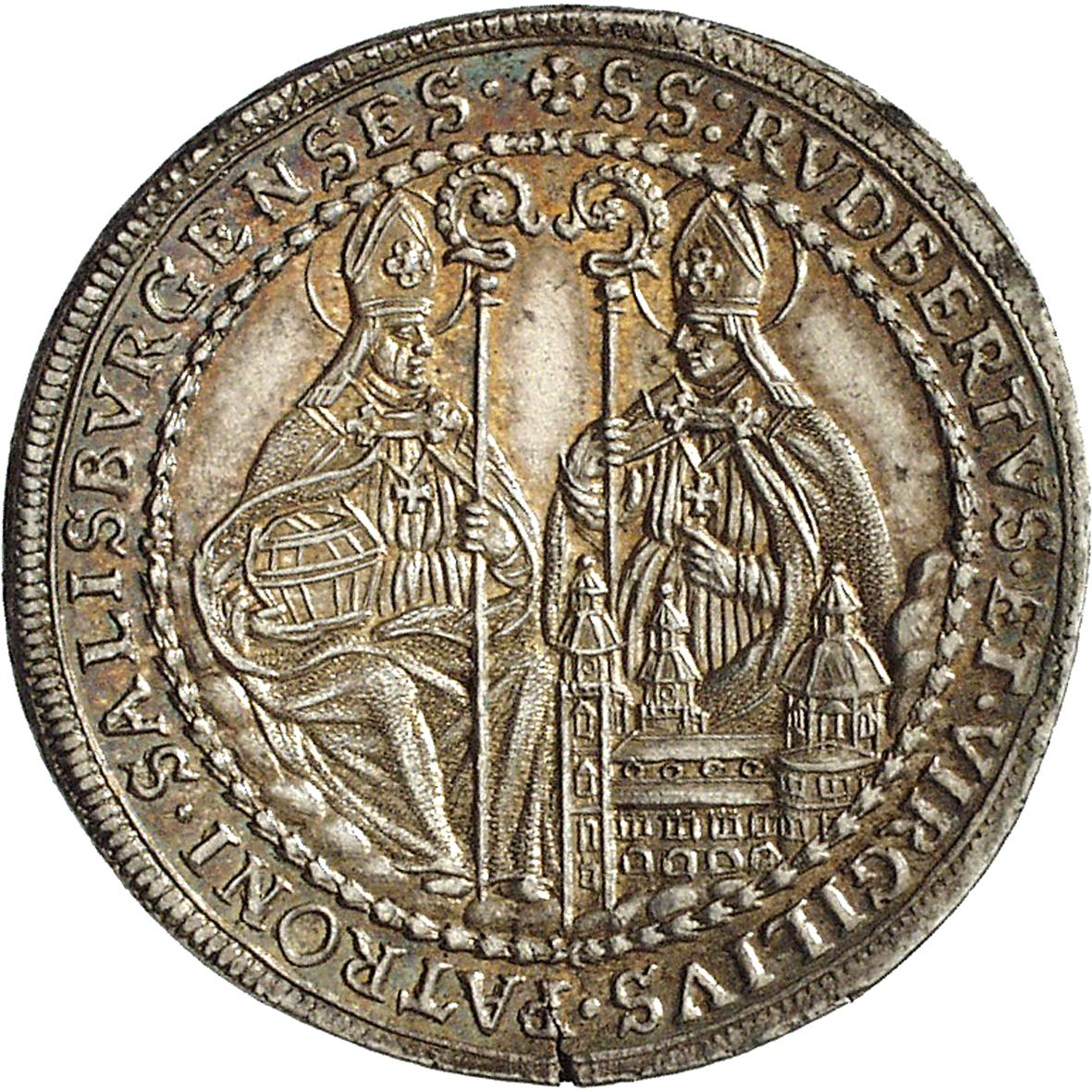 In August 1687, Johann Ernst of Thun and Hohenstein was elected as new archbishop of Salzburg(until 1709). To enhance the financial and economic resources of his realm, he began to establish factories; they did not flourish, though. Nevertheless, Salzburg prospered during Johann Ernst's prudent and canny reign. In addition, the archbishop had wonderful coins minted. This half taler depicts the saints Rupert and Virgil with a model of the Salzburg Cathedral, and on the other side the archbishop's coat of arms.