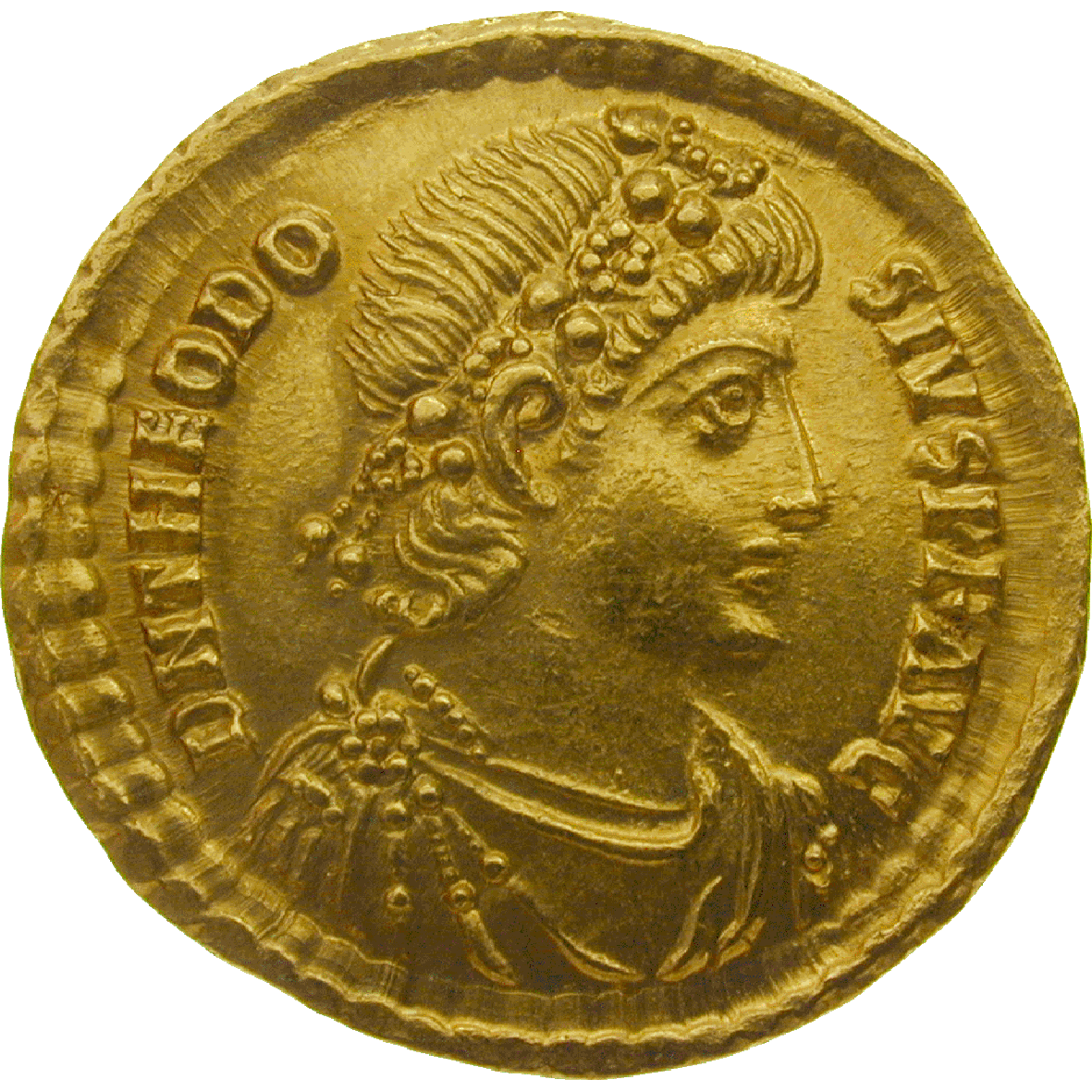 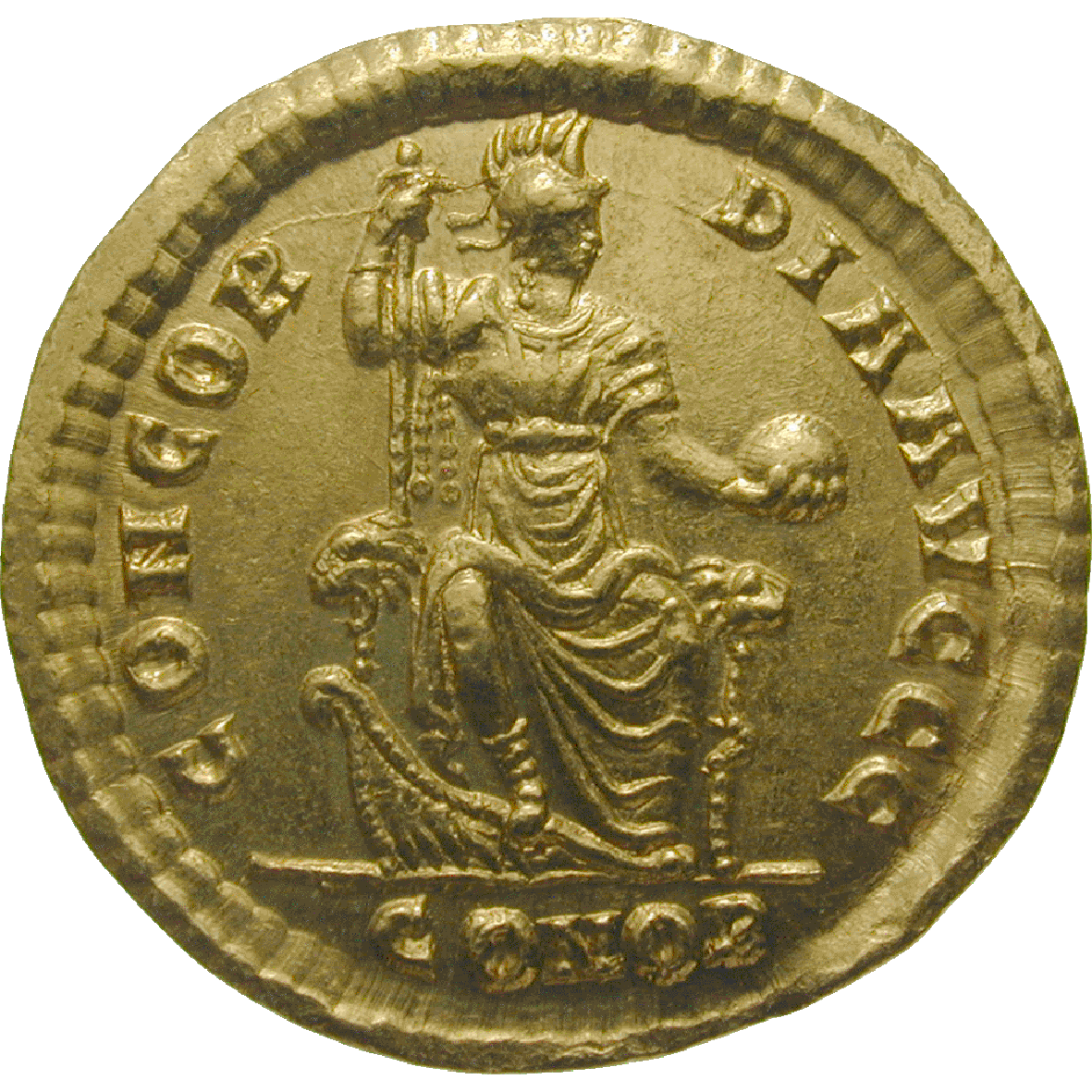 Theodosius was an outstanding emperor (379-395) who succeeded for the last time in the 1000 year-long history of Rome to unite the empire in one single hand. He recognized, however, the difficulty of organizing this multifaceted realm from a single seat of government. He therefore divided the empire in two halves before he died. His son Honorius became emperor in the western part, his other son Arcadius got the east.

This solidus shows a portrait of the emperor on the obverse. The reverse depicts Constantinopolis, the personification of the city of Constantinople. Named after Emperor Constantine I, the city after Honorius' death became the capital of the Eastern Roman and later of the Byzantine Empire, until it was conquered by the Ottomans in 1453.