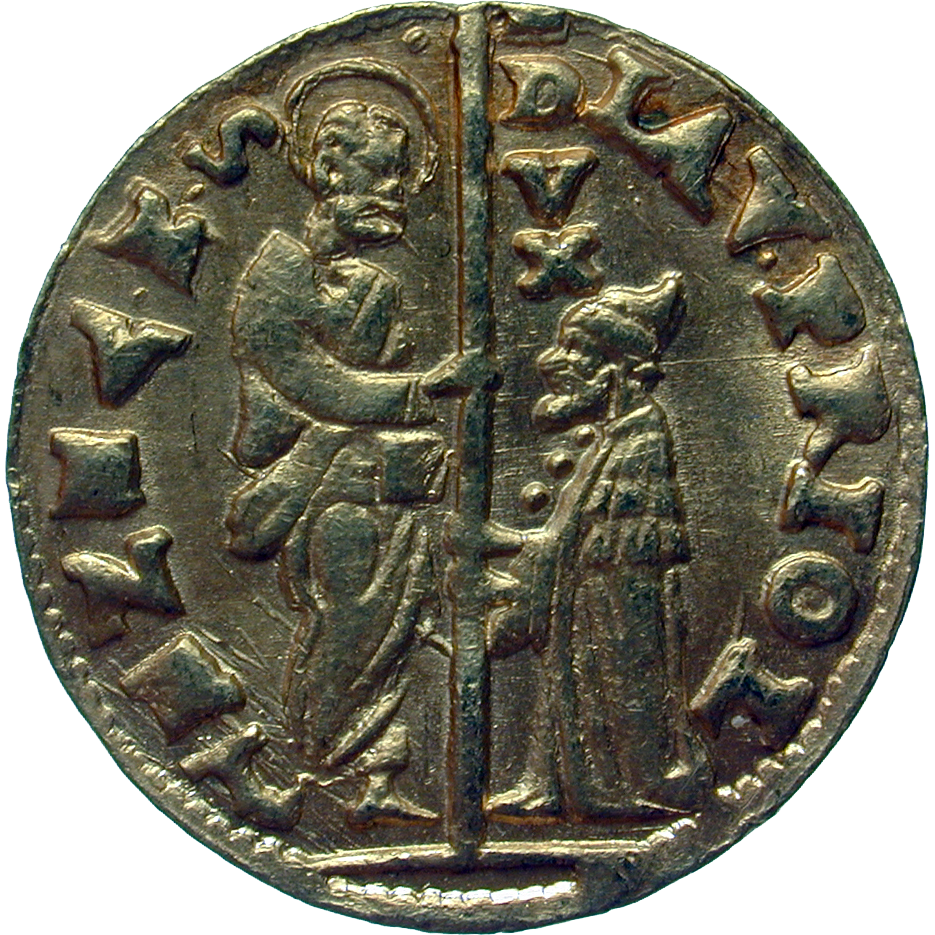 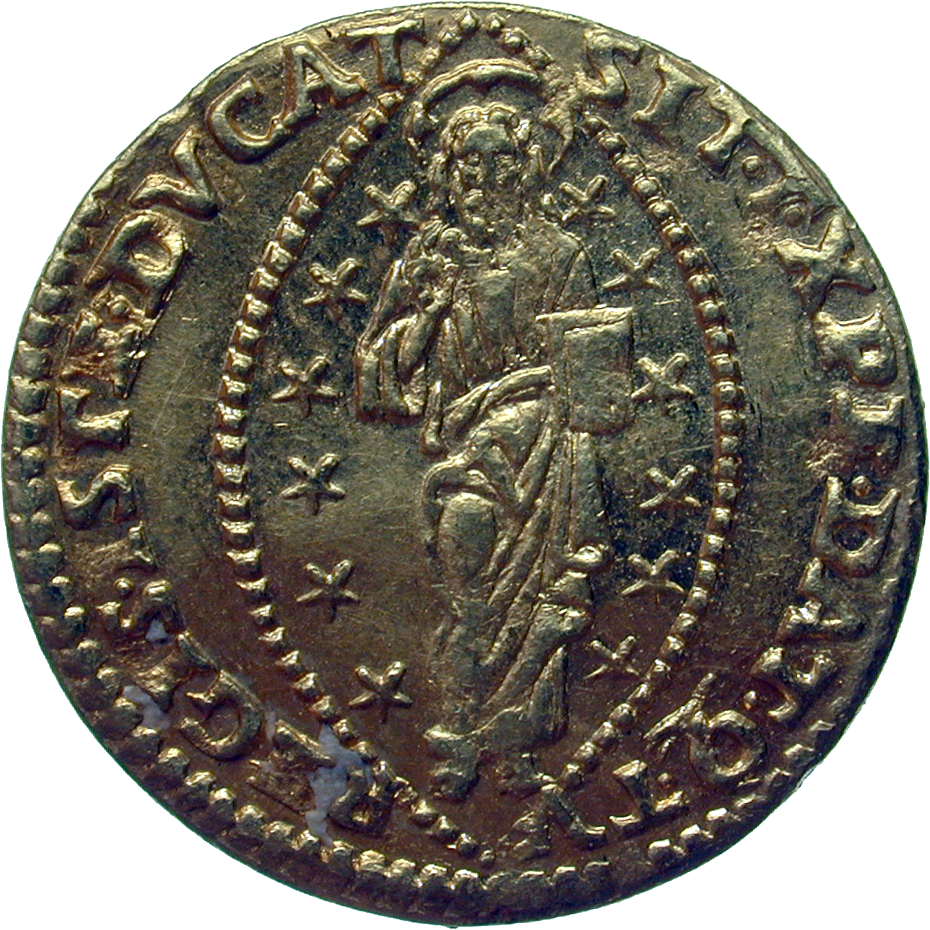 The zecchino was the answer of the rich trading city of Venice to the fiorino d'oro of Florence. In 1284, 32 years later than Florence, Venice began to issue a gold coin that corresponded to the Florentine model in weight as well as in fineness. In Byzantine tradition, the obverse design bore two people, namely the city patron Saint Marcus handing the city banner as a symbol of investiture to the kneeling doge. The reverse depicted the figure of Christ in a mandorla. Additionally, zecchini gave the name of the reigning doge – on this piece it is LAV. PRIOL. for Lorenzo Priuli (1556-1559). After those names zecchini can be dated, for they show no actual dates.