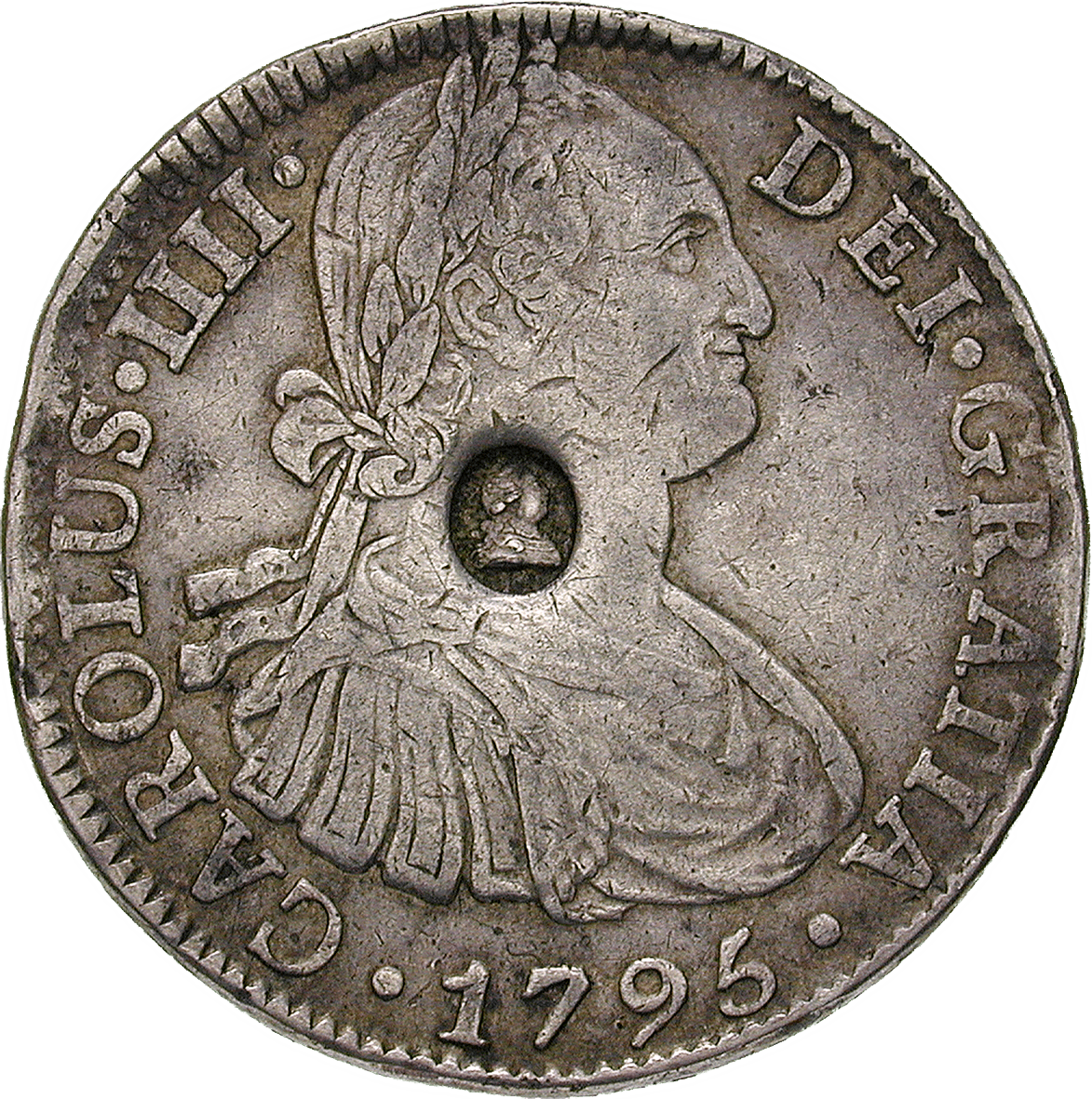 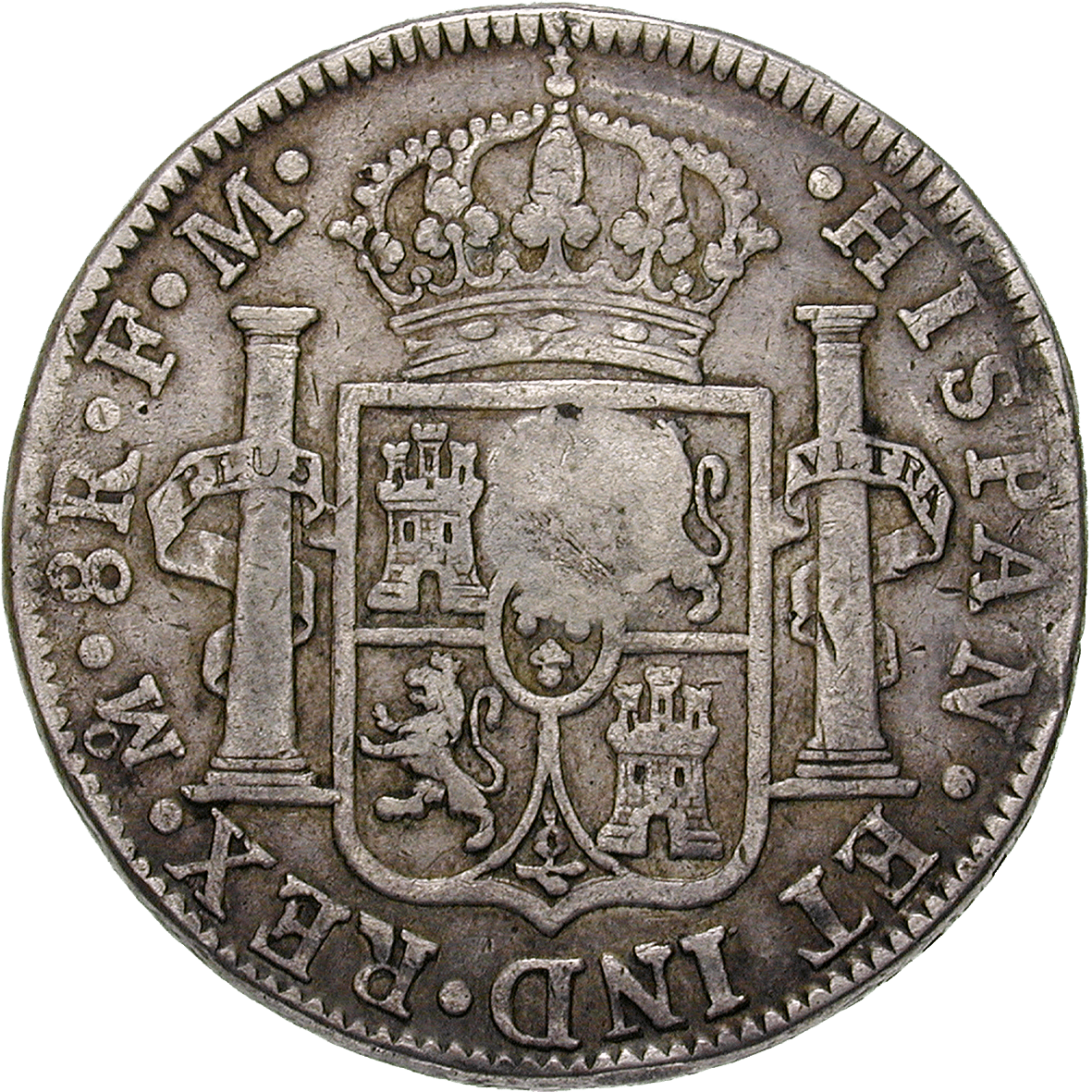 United Kingdom of Great Britain, Charles IV of Spain, Real de a ocho (Peso) 1795 with British Countermark Great Britain suffered from a severe shortage of coins during the 18th century. Divisional coins were barely minted because the British government doggedly clung to the principle that all coins had to be made from precious metals. This made the production of small coins very expensive, so that the Royal Mint limited the issue of change to a minimum. To solve the problem of monetary scarcity, the Bank of England took emergency measures in 1797: it imported Spanish pesos and with a value of 4 shillings 9 pence allowed them as legal tender in Britain. To distinguish the official pesos they were countermarked with a little oval portrait of George III. British vernacular immediately created satirical remarks such as "the head of a fool on the head of an ass" and "two kings' heads are not worth a crown" (at that time, a crown was worth 5 shillings).