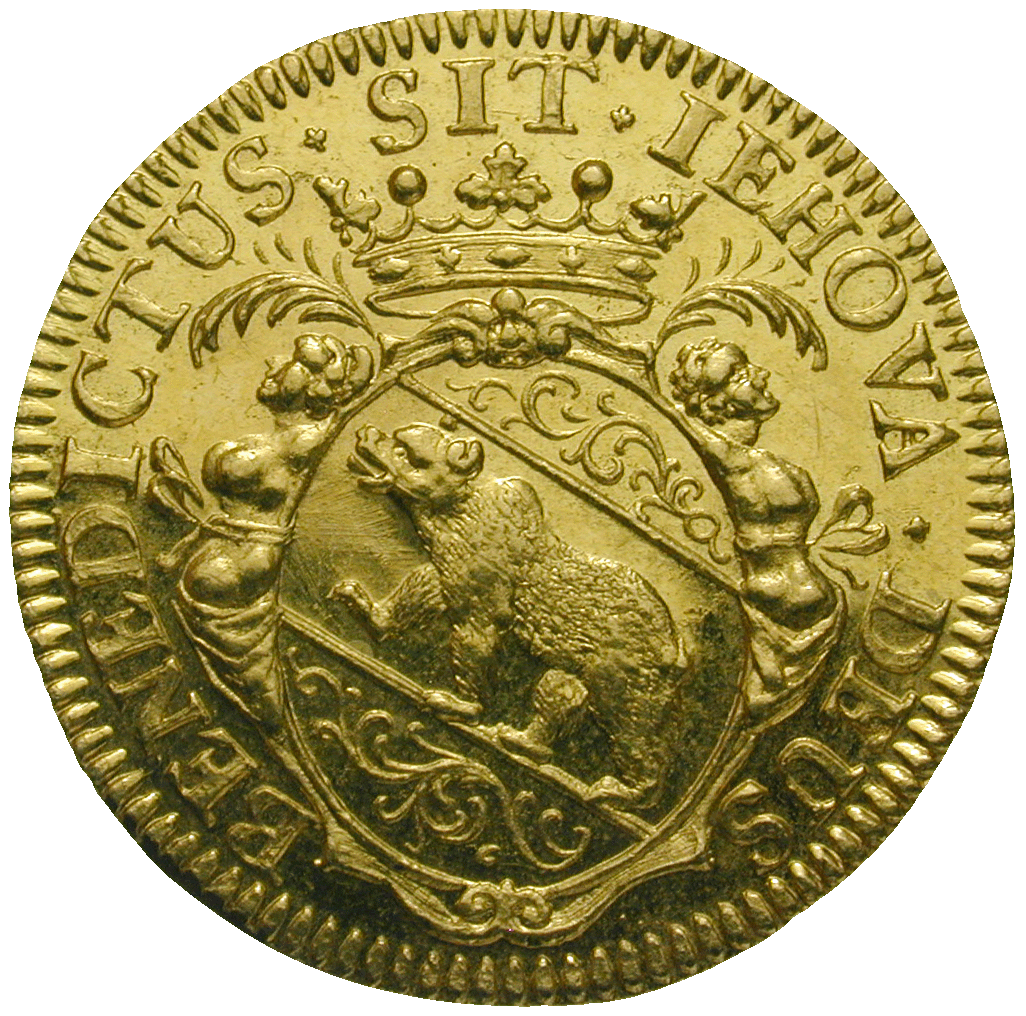 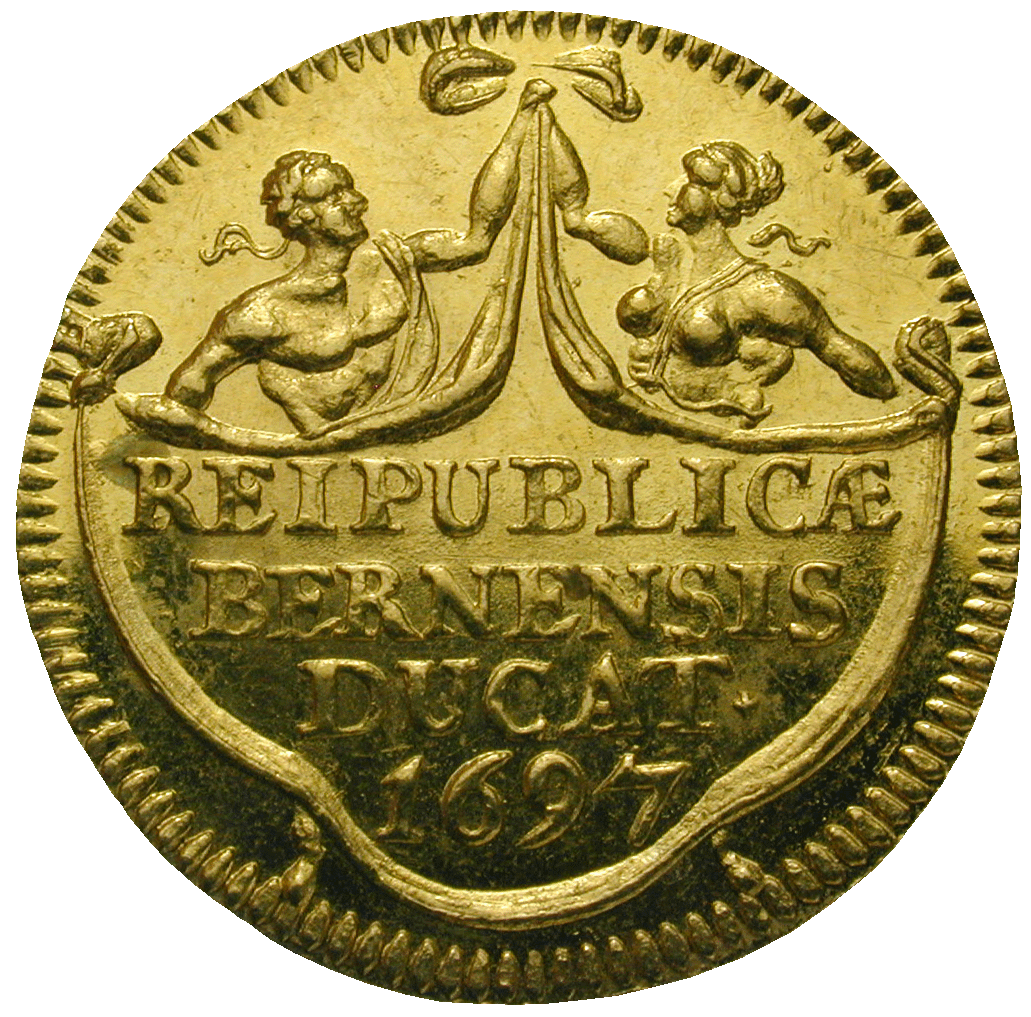 Coins of Berne played an important part in the coinage history of Switzerland. Thanks to its central location and its political predominance, Berne took on a leading coinage policy that was often adopted by other Swiss cities. Unlike its much poorer and smaller neighbors that mostly issued small coins only, Berne could afford to strike numerous large silver and gold coins. This ducat from 1697 is thus a coin intended for every-day use. It was issued by Emmanuel Jenner, who was in charge of the mint in Berne from 1696 to 1724. The obverse bears the Bernese coat of arms and the motto BENEDICTVS SIT IEHOVA DEUS: "Blessed be the Lord Jehovah." The reverse shows a man and a woman holding a rag with the inscription REIPUBLICAE BERNENSIS DUCAT 1697.