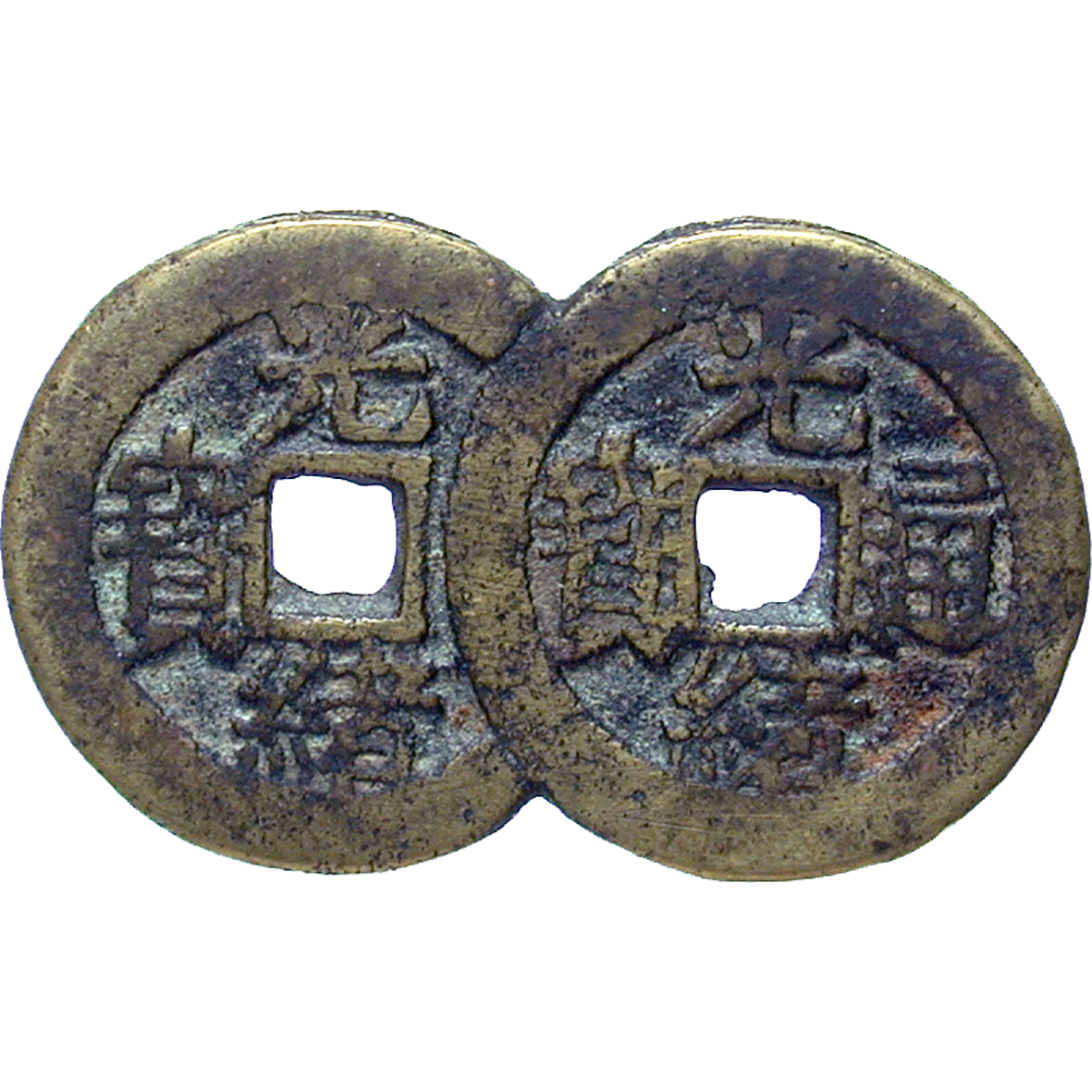 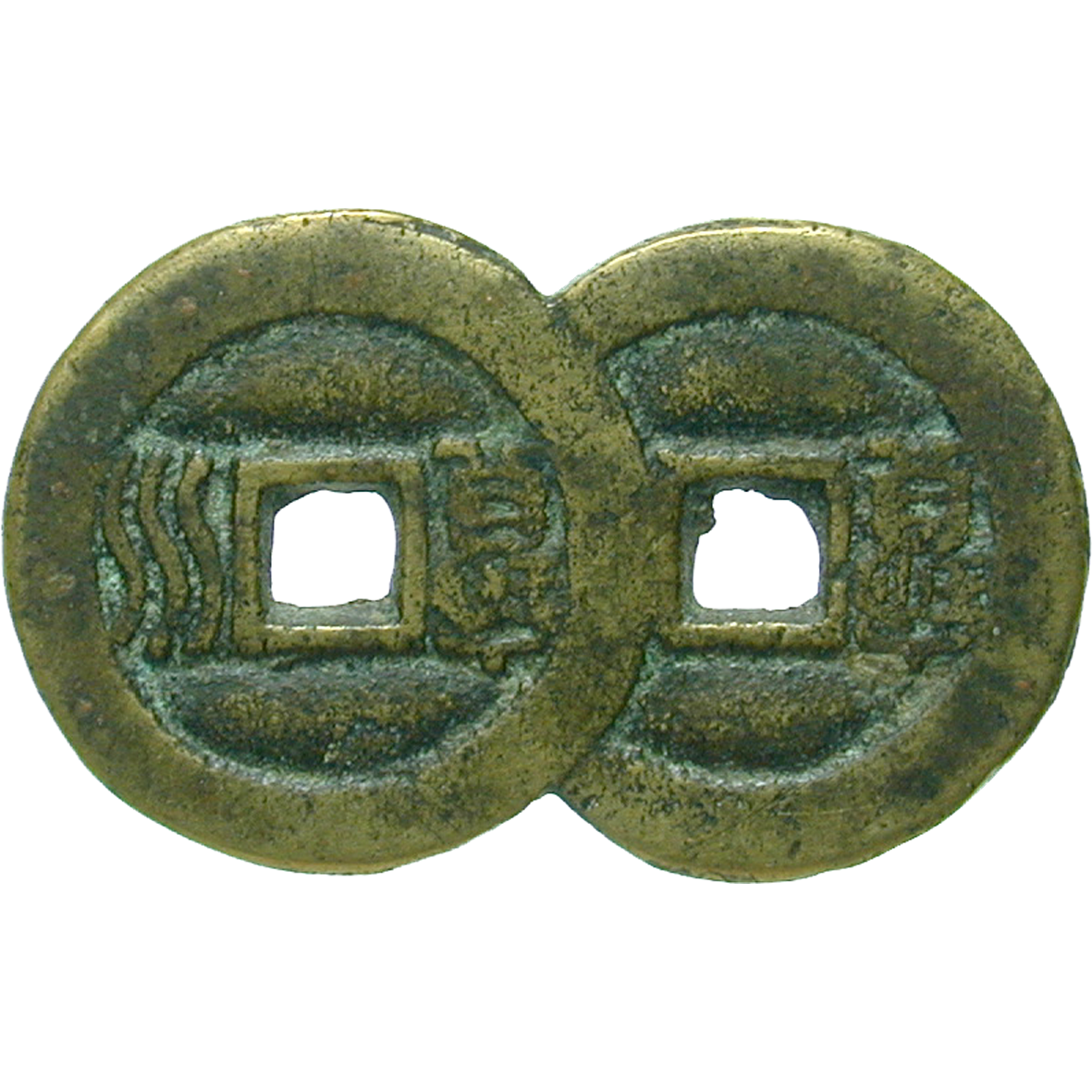 Coins have always also been used as amulets in China, as protection against pathogenic demons and other negative powers. And naturally, coins were appreciated as lucky charms for special events. There existed birthday money, exam money, or marriage money. Since the time of the Tang, it was traditional to pelt the bridal couple, sitting on the bed, with coins; the bride had to catch them with her skirt. The money used was not ordinary cash, however, but lucky coins with inscriptions like "long life, wealth, and honor," "like fishes in the water," "may you have five sons and one daughter," or "may you grow old in harmony." Such widespread rituals did not stop before the imperial house, of course. Coins issued for special occasions by the imperial court were called "palace money." This double cash coin was a lucky charm, produced on the occasion of the marriage of Qing Emperor Puyi (1875-1908) with one of his wives.