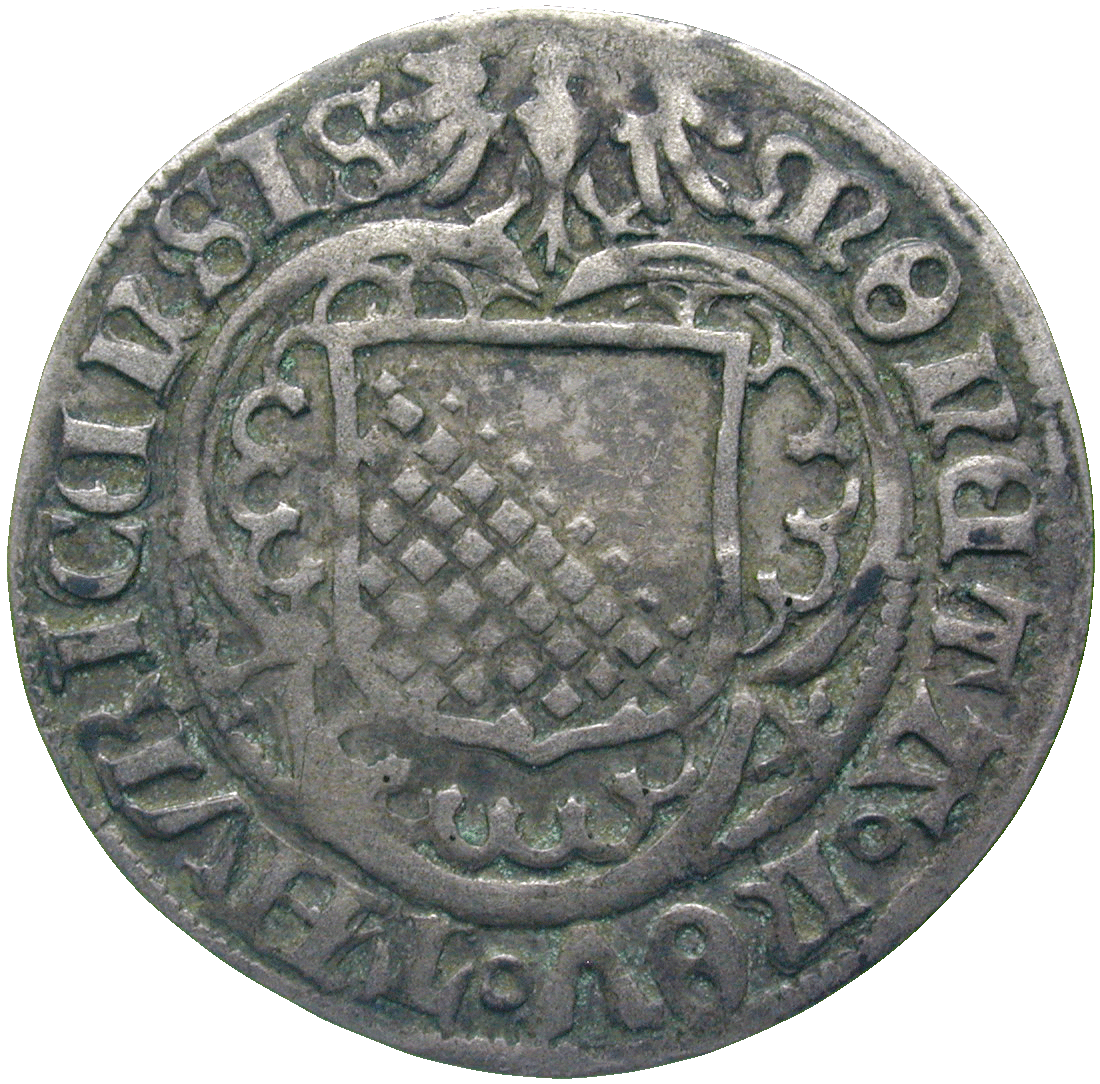 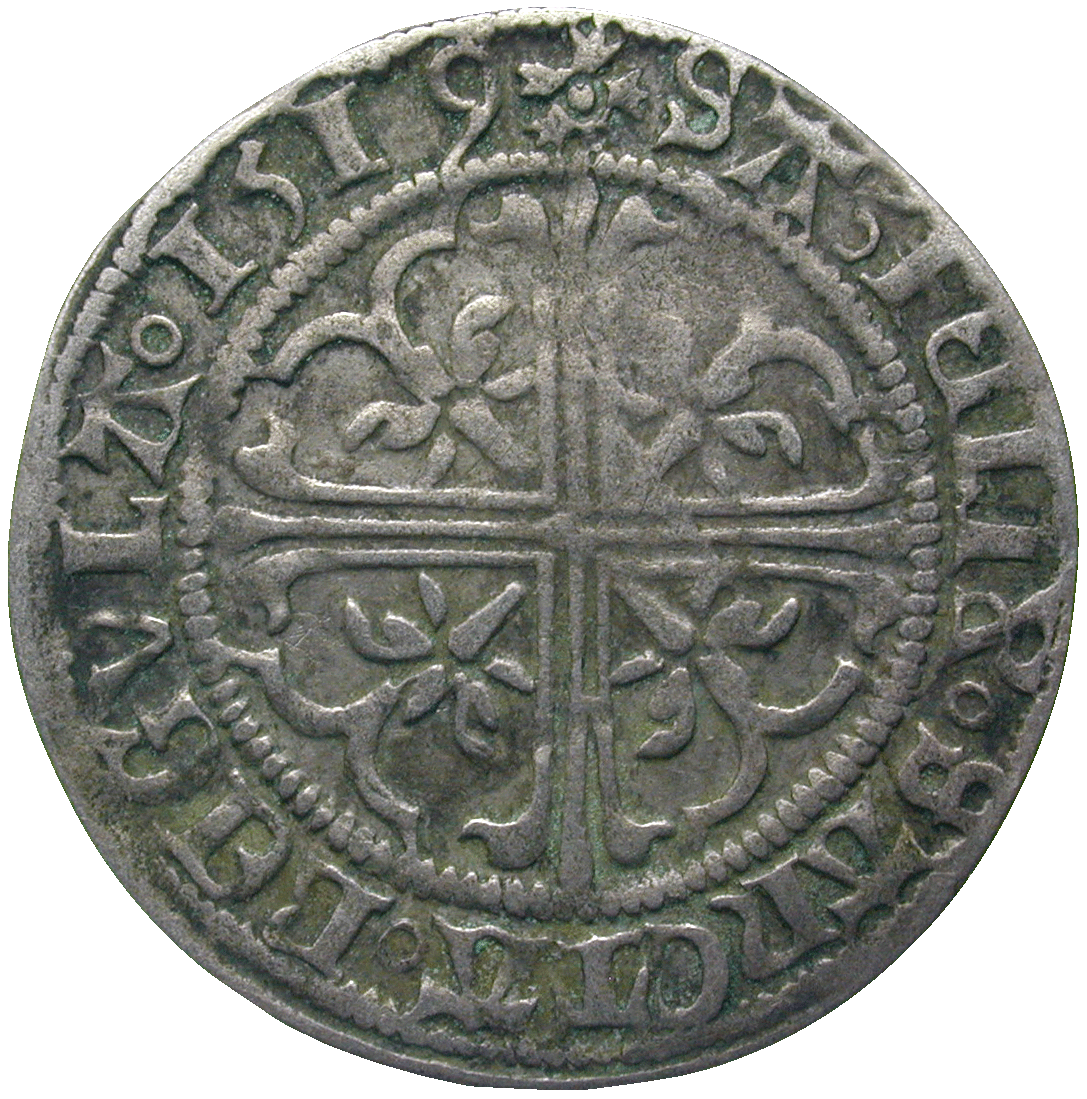 Towards the end of the 15th century, coinage increased throughout the Holy Roman Empire. The growth of trade brought a raising demand for large silver coins. Coin species multiplied. The first currency systems with graded face values developed. Around that time, Zurich began to mint new coins as well – batzen, dicken, talers, gold guldens. The schilling, which later was to become the basis of the Zurich currency system also appeared at that time.

The Zurich batzens bore the city's coat of arms on the obverse and an embellished cross on the reverse. The blue and white city crest dated back to the 14th century, when it had been developed from banners with blue and white stripes, which in turn emerged for the first time in the 13th century, when Zurich became a free imperial city.