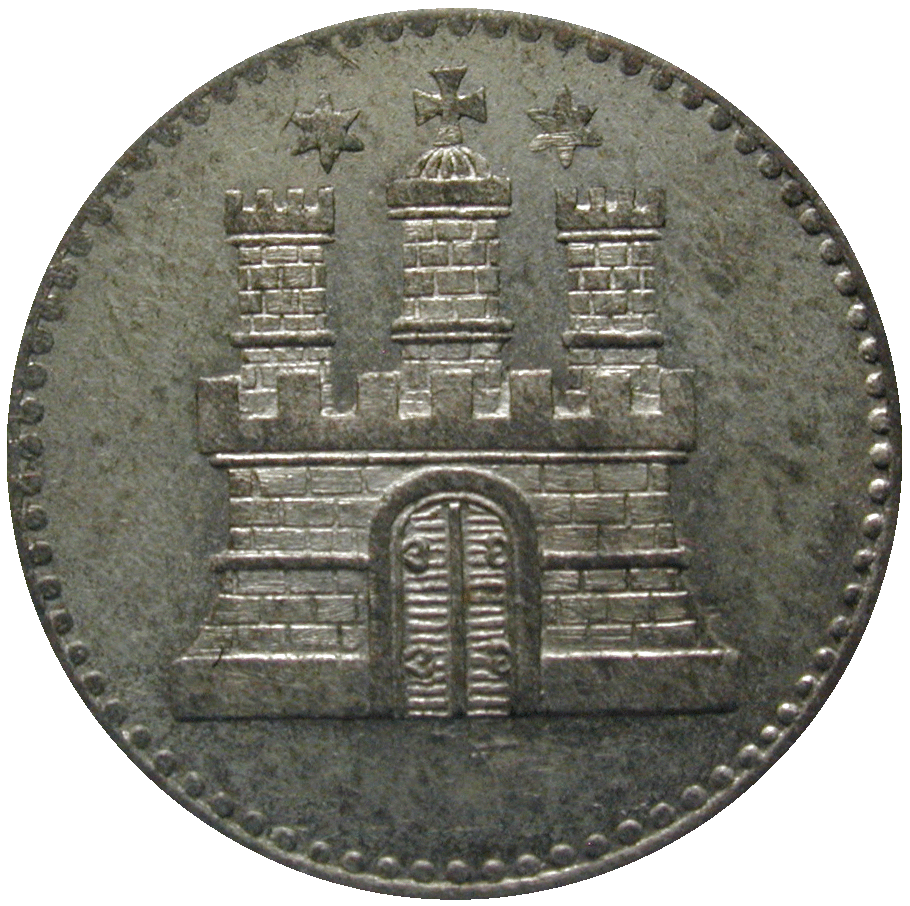 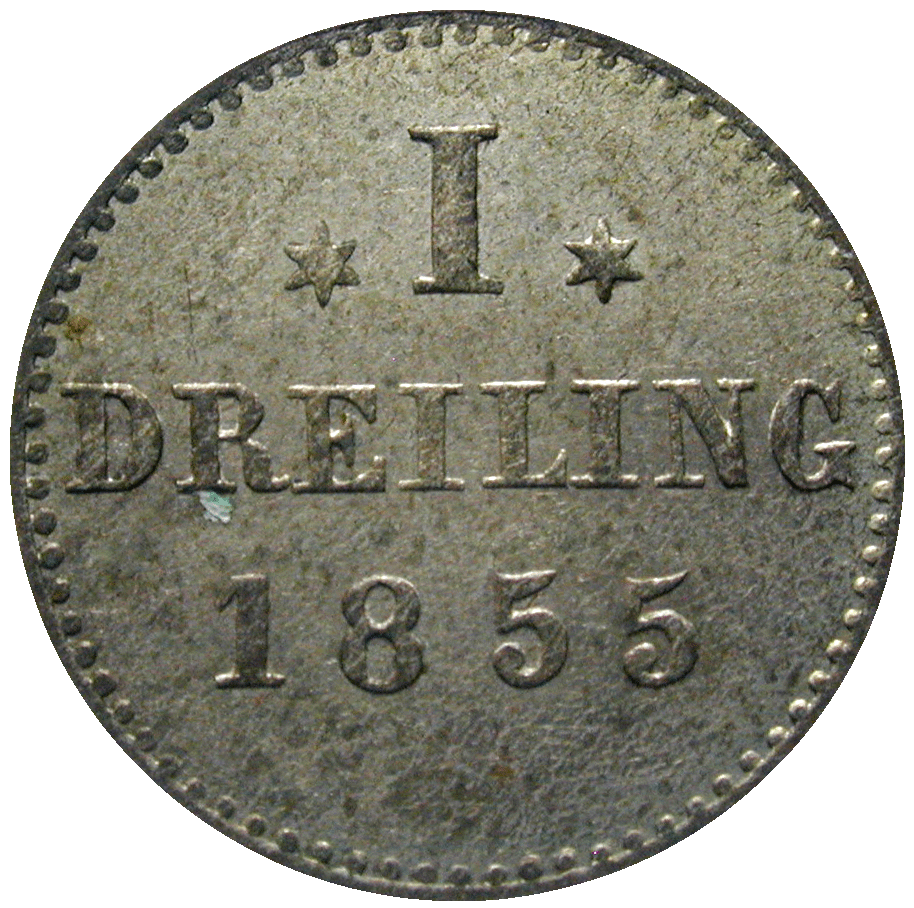 This small coin from billon is a dreiling, a 'triple'. Such 3-pfennig-coins were issued in Hamburg since the late 14th century. Their production ended in 1855; this piece belongs to the last emission. It depicts the crest of Hamburg, a three-towered castle, and on the reverse the coin's face value and date of issue. Until the middle of the 16th century, dreilings circulated as coins of the Wendish Coinage Union. All cities of the union – Lübeck, Hamburg, Luneburg, Rostock, and Wismar – issued dreilings of similar exterior and identical silver content. The coin was so popular for trade, that some cities in Mecklenburg, Pomerania, and Denmark issued them without being members of the Union.