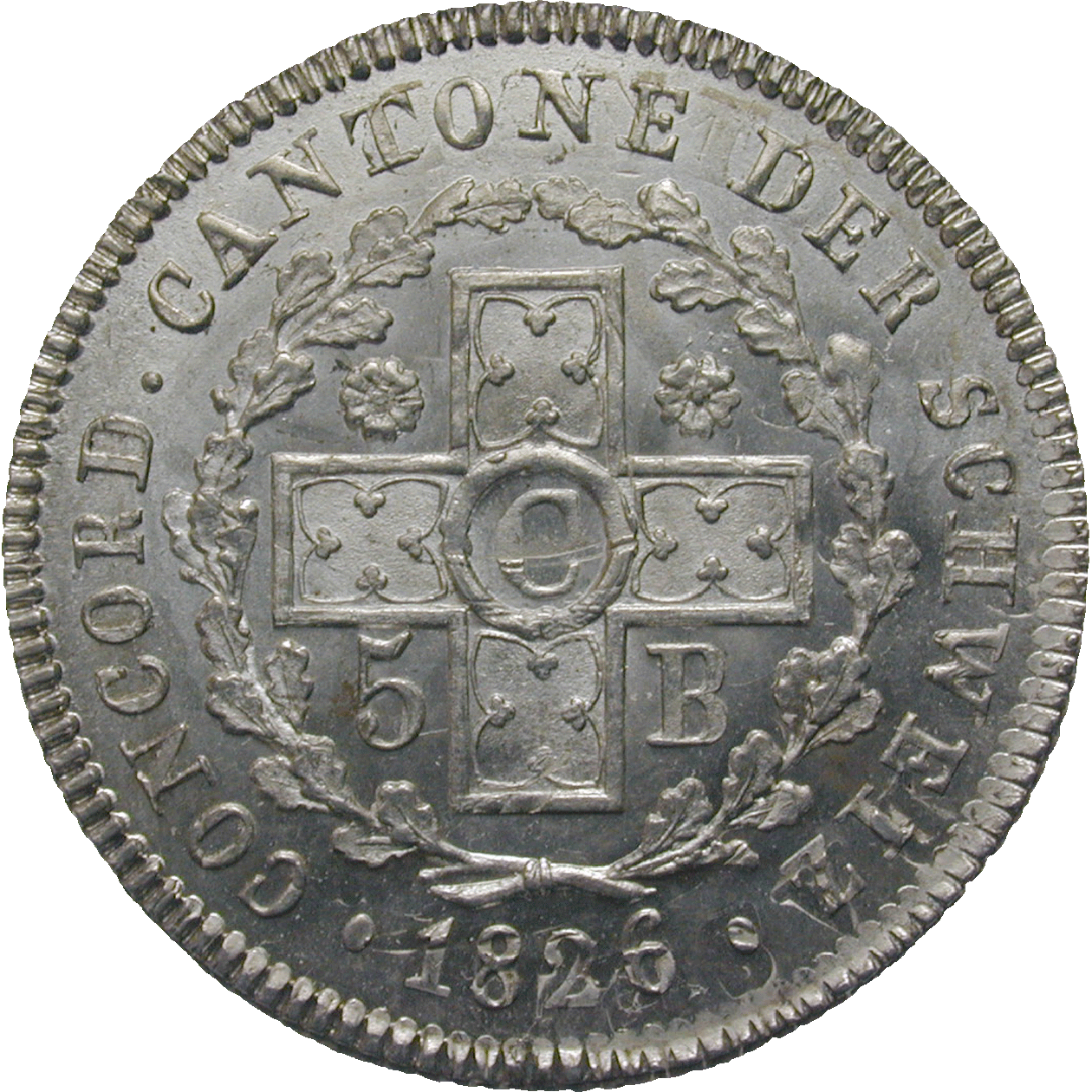 In 1824, the Tagsatzung decided to abandon all further attempts to compass a common understanding between the Swiss cantons regarding their coinage. Instead, it advised the cantons to conclude concordats. In 1825, the cantons of Aargau, Berne, Basle, Fribourg, Solothurn and Vaud indeed agreed on a concordat. They decided to demonetize their shares of the Helvetic small coins and to together issue new coins worth of 2 1/2 million Swiss francs (this equaled 5 Swiss francs per head of the population). These "concordat coins" were to circulate in the territories of the participating cantons. The coins bore a Swiss cross on their reverse with a "C" (for concordat) in the centre.