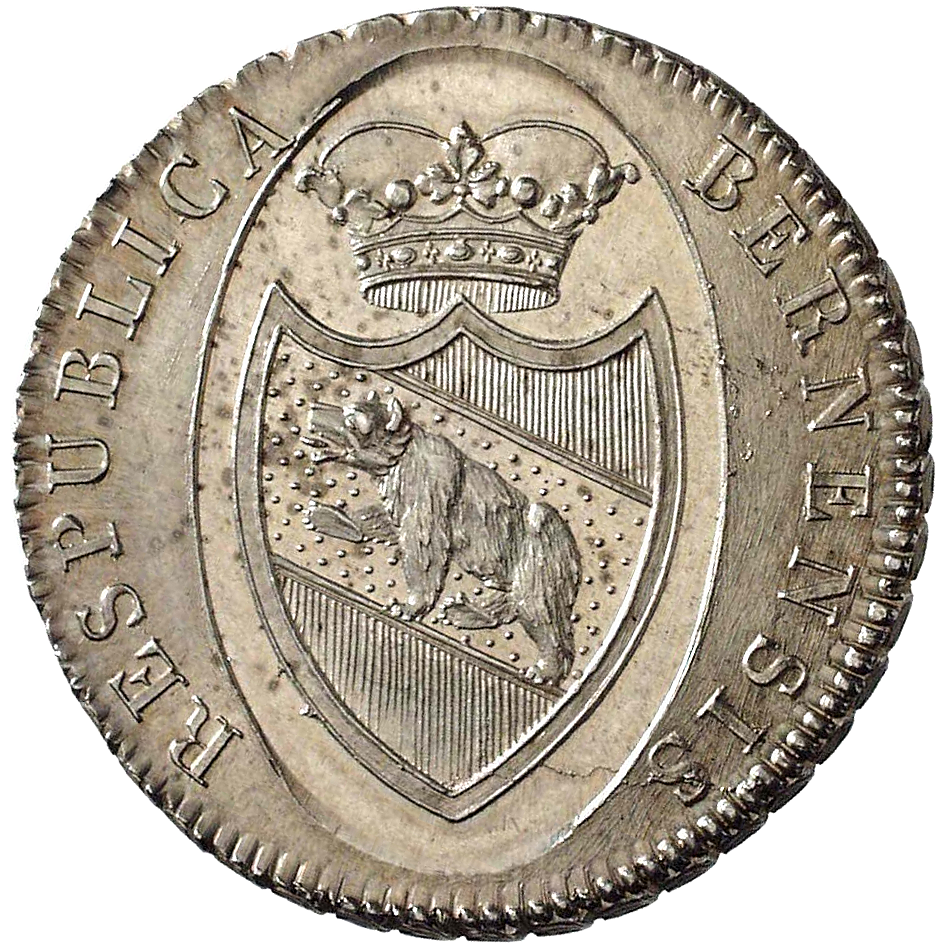 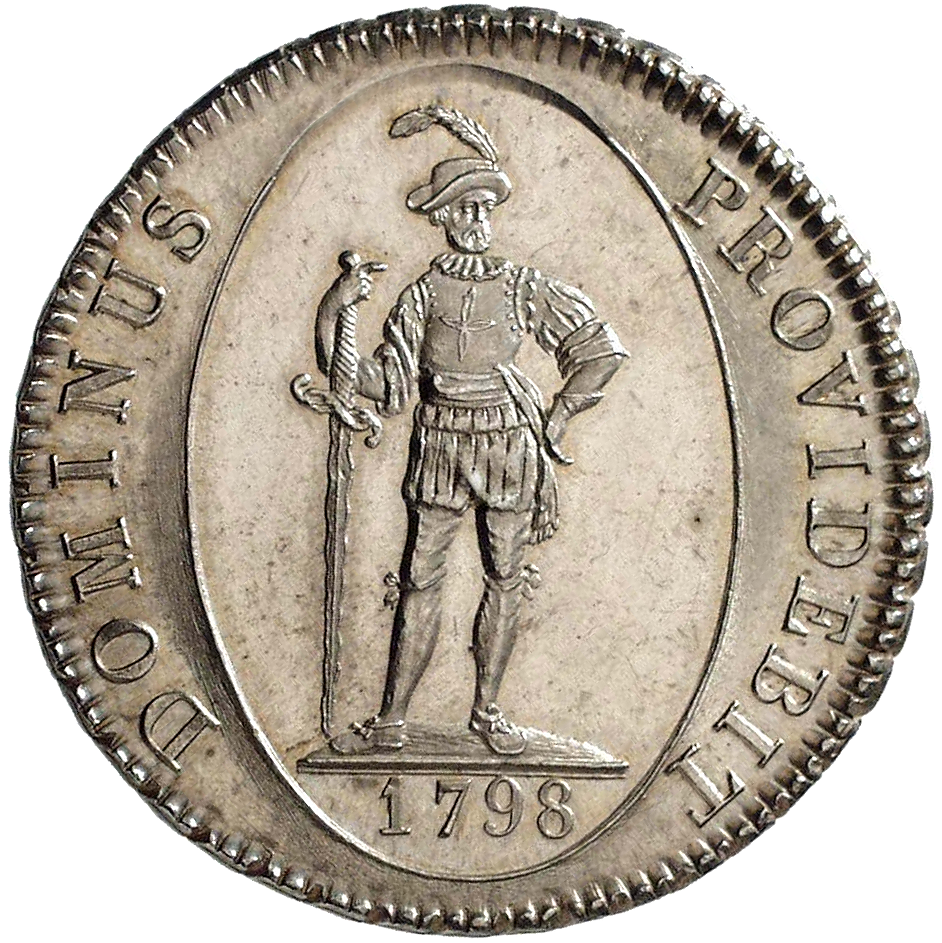 Thanks to the ingenious Christian Fueter, the mint master of Berne from 1790 to 1838, the city had an exemplary coinage system. This was the reason why the Bernese coins were used as models for the Swiss franc of the Helvetic Republic.

Christian Fueter was also a smart business man. When the price of silver was especially advantageous in 1795, he recommended the reintroduction of Bernese silver talers and half talers. This might be one of the last issues before the fall of the Ancien Regime in Berne and the proclamation of the Helvetic Republic under French authority.