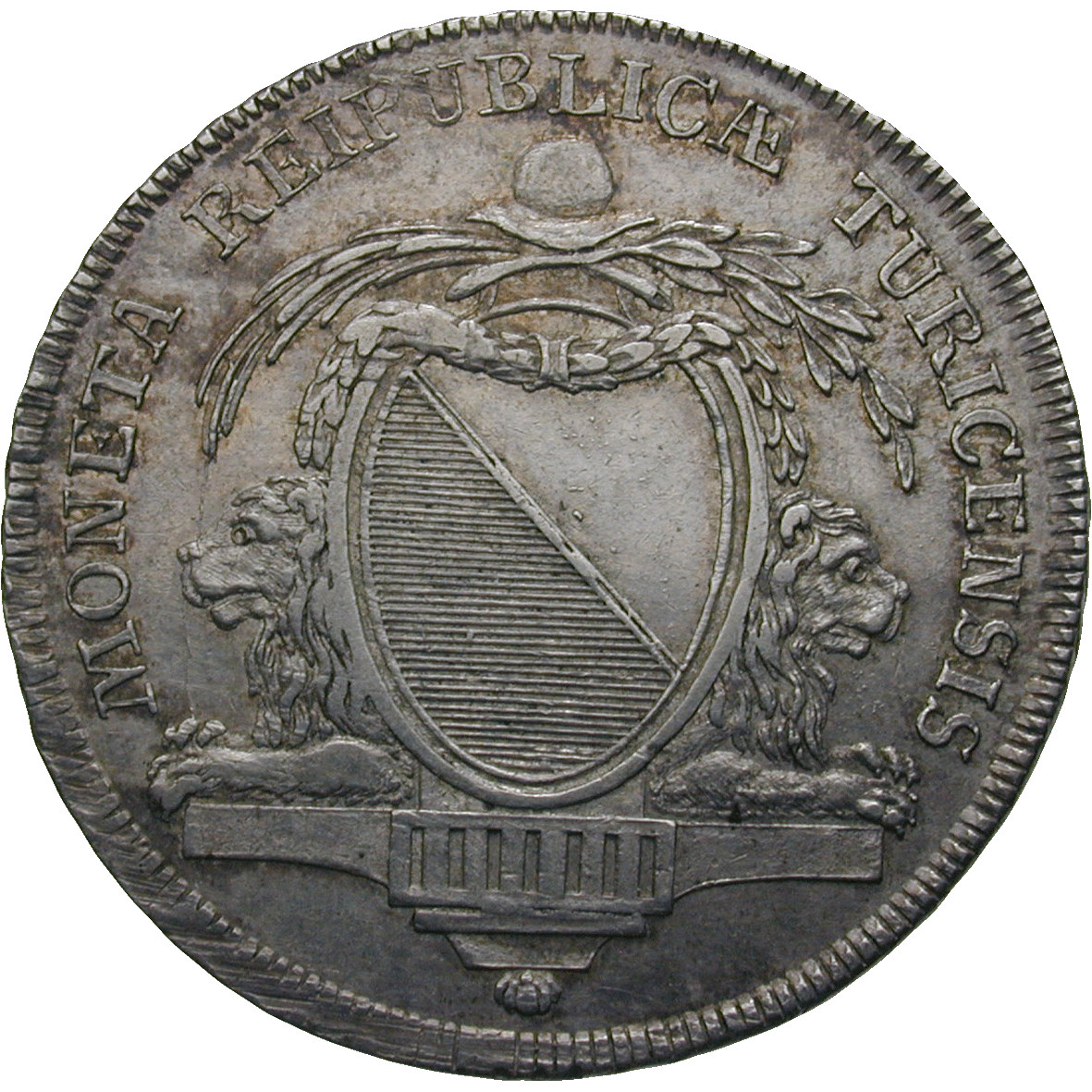 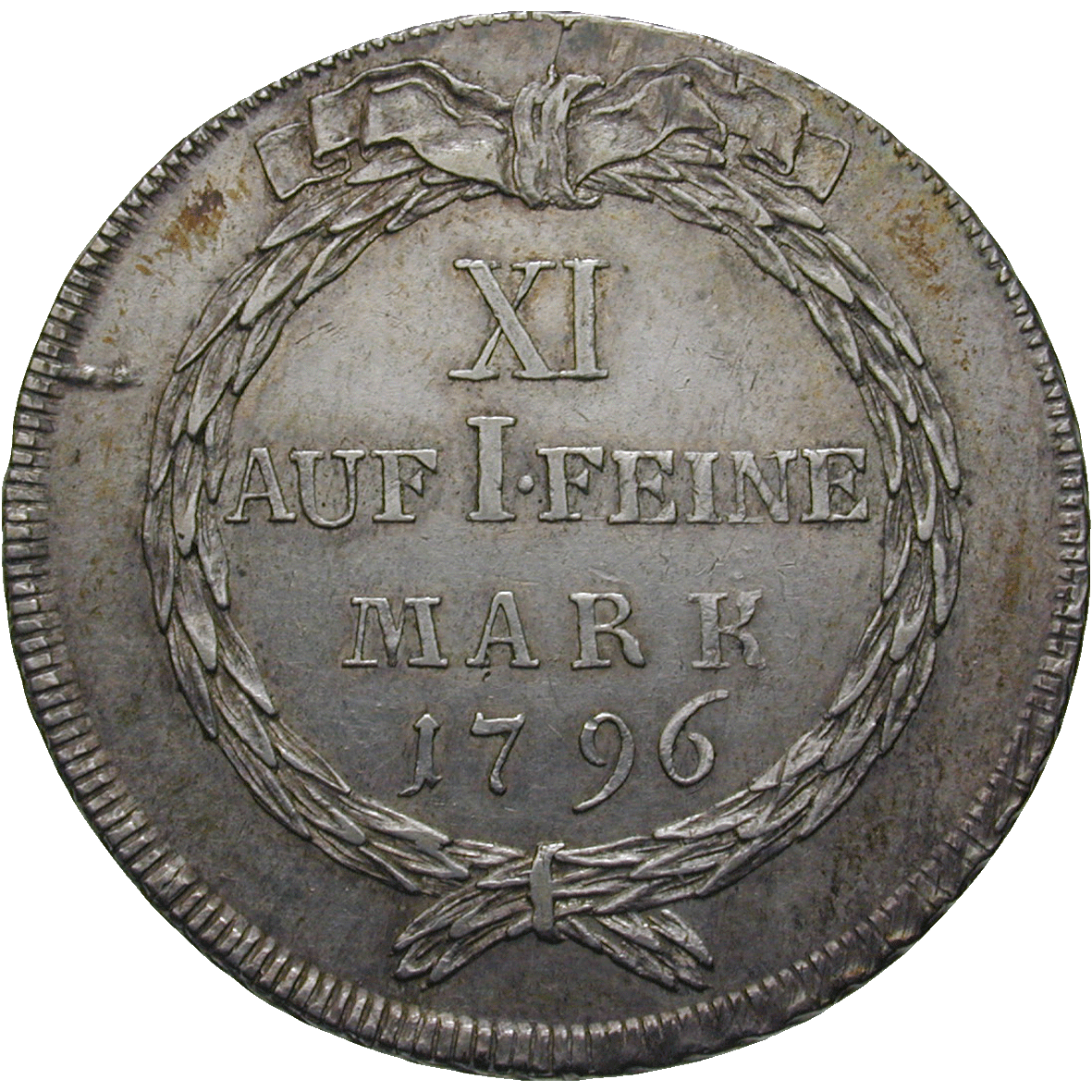 The mark was originally a northern Germanic unit of weight, which in the Middle Ages became a basic currency unit: large sums of money were indicated in mark of silver. In the course of the Middle Ages, many regional mark weights developed.

The currency of Zurich was based on silver too, and based on the mark silver. Unfortunately we do not know the exact weight of the Zurich mark. From sources, we learn that Zurich employed the Rhenish mark (234.4 grams?) during the 16th century and the Cologne mark (233.9 grams) in the 17th and 18th centuries. Whatever its weight, the indication on the reverse of this coin – XI AUF 1 FEINE MARK – means that 11 talers were minted from one mark of pure silver.