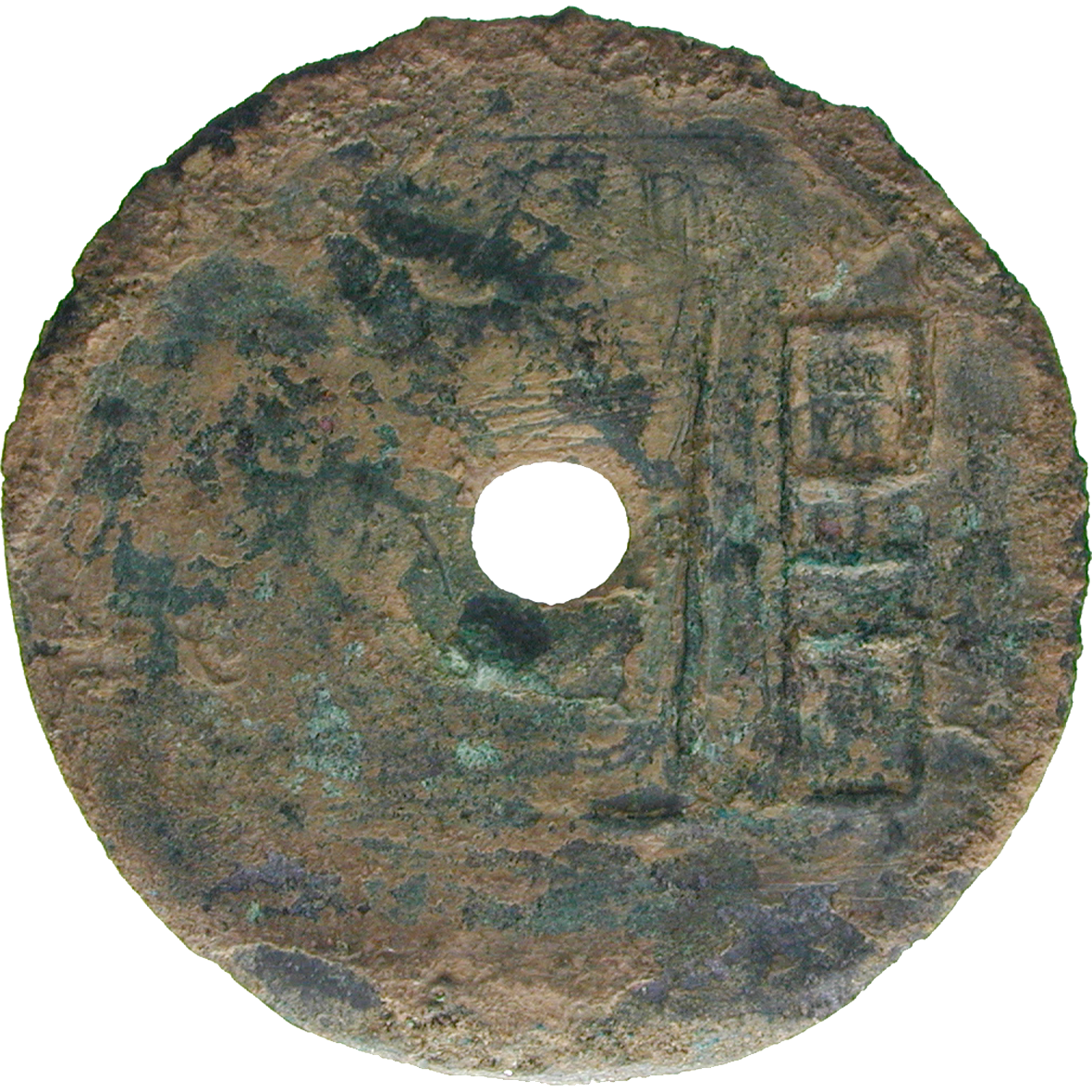 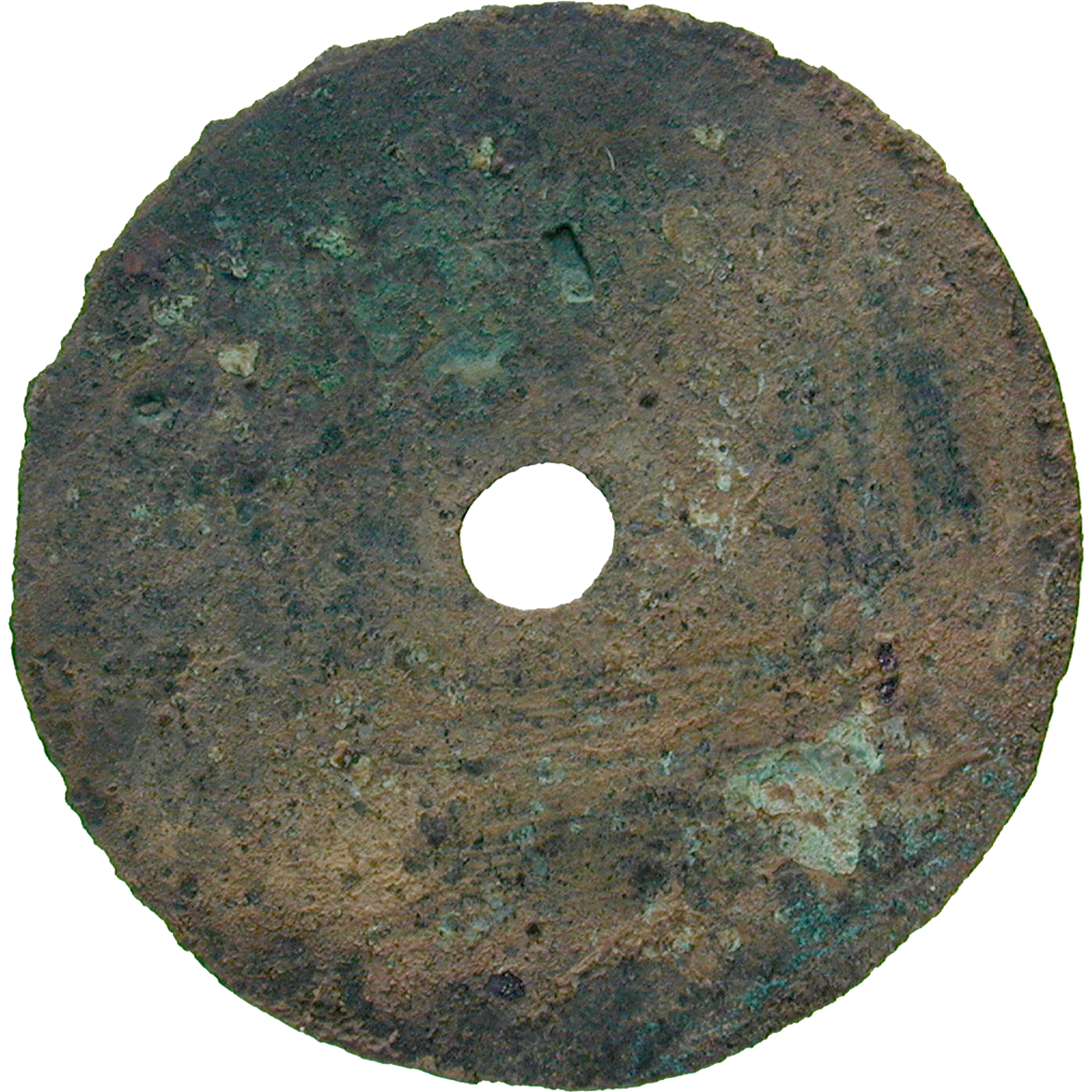 Ring coins can be traced back to 453 BC in China. Initially they did not circulate as money, however, but were used as tokens of value for parafiscal charges delivered by peasants and craftspeople. Hence ring coins served as receipts for deposited goods. In times of hardship ring coins could probably be used to obtain food from the public depositories and arsenals, which were known in China since the 2nd millennium BC. In the course of time ring coins began to circulate as money. This was mainly due to merchants, who began to accept ring coins as money.