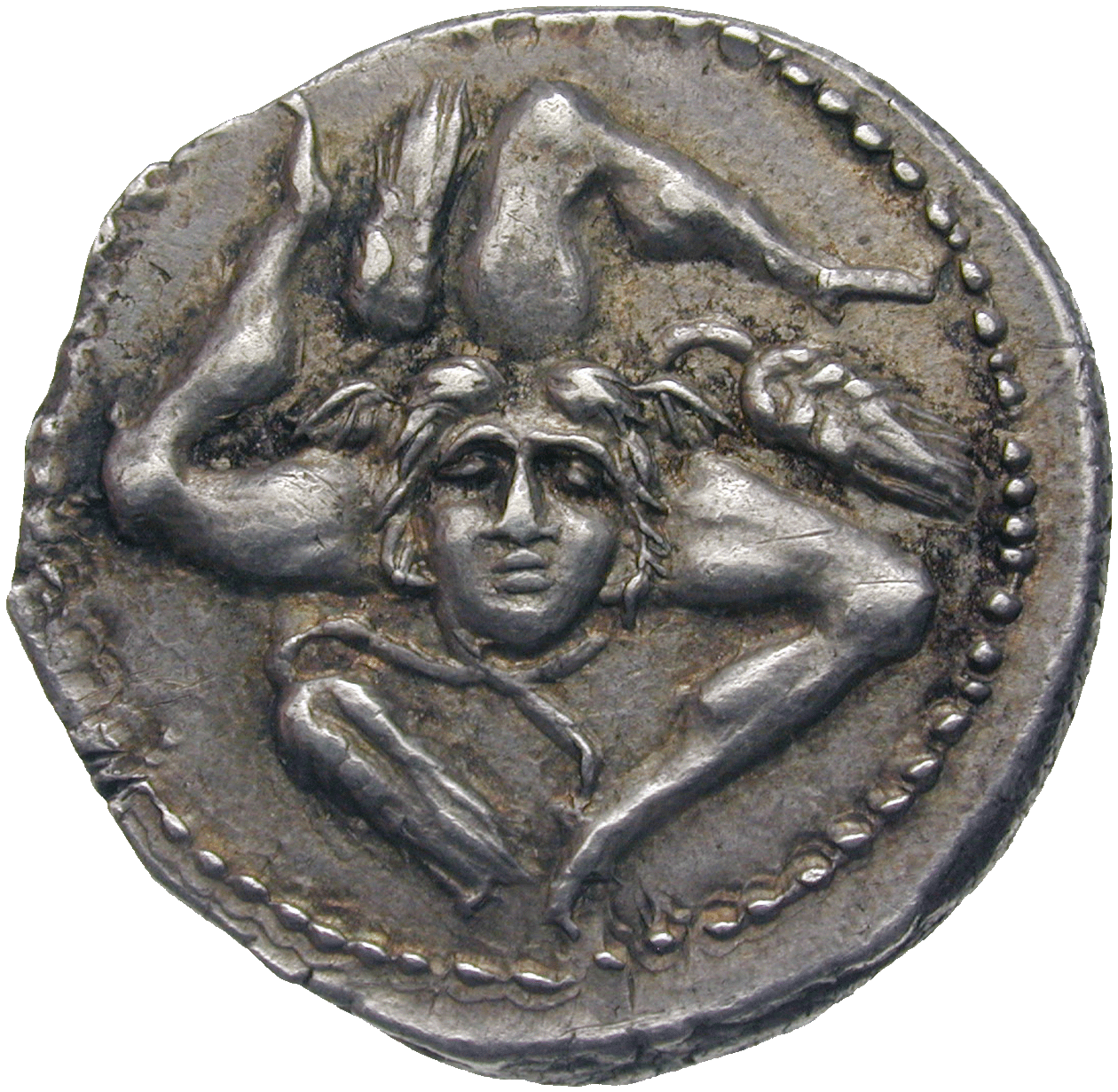 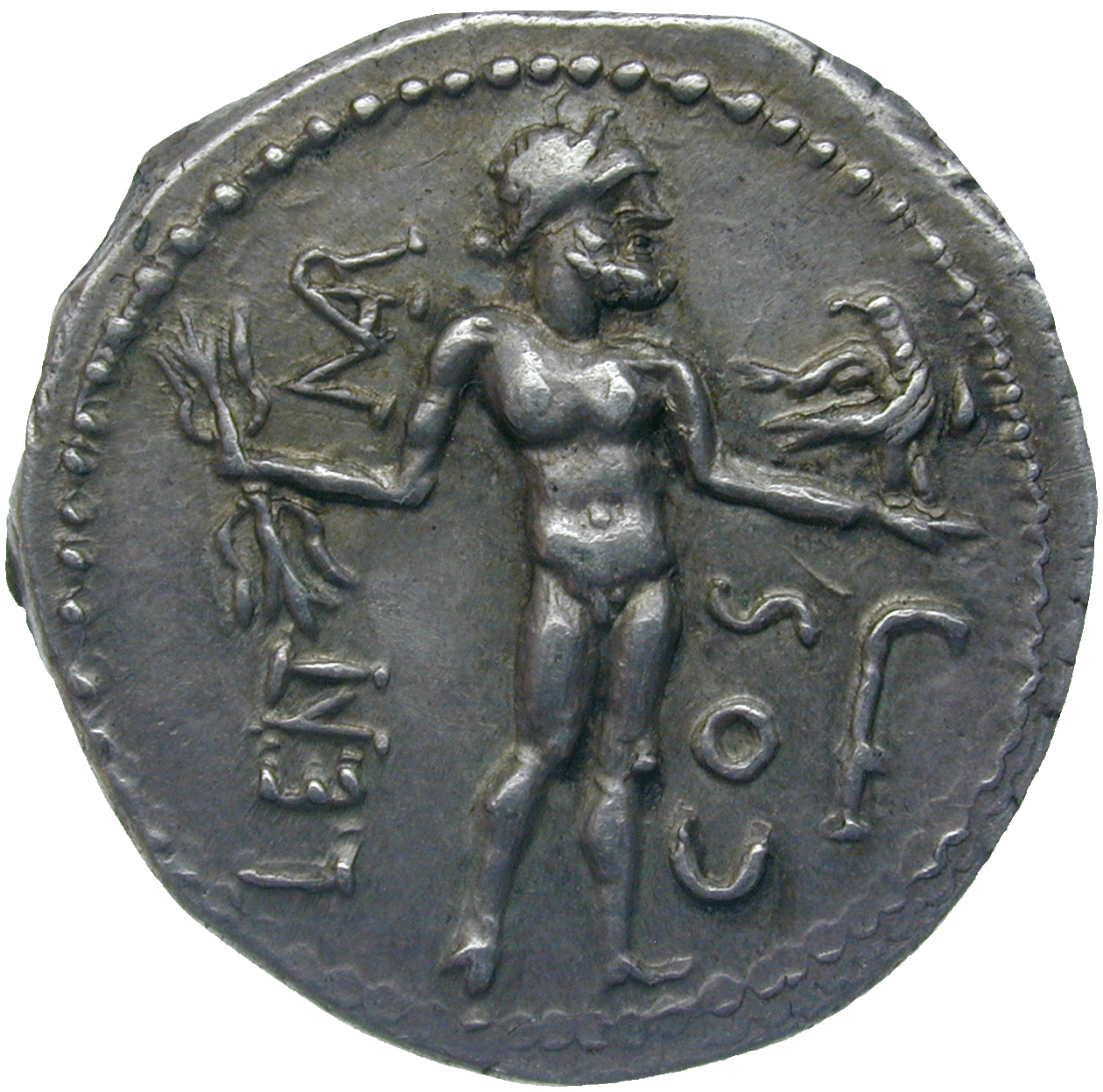 This Roman denarius was issued at the outbreak of the civil war (49-45 BC) between Julius Caesar and Gnaeus Pompeius. The moneyer was a supporter of Pompey and thus an adversary of Caesar.

The obverse depicts triskele, the head of Medusa with three legs. The reverse shows Zeus with a thunderbolt and an eagle; next to him is a harpa, originally an agricultural tool used like a sickle or scythe. The Greek hero Perseus used a harpa to kill Medusa, a terrifying female creature who had hair of living snakes and a horrifying visage that turned those who beheld it to stone.

The Greek god Zeus corresponded to the Roman Jupiter. It was well known that he punished perjurers (like Caesar) by striking them with lightning.