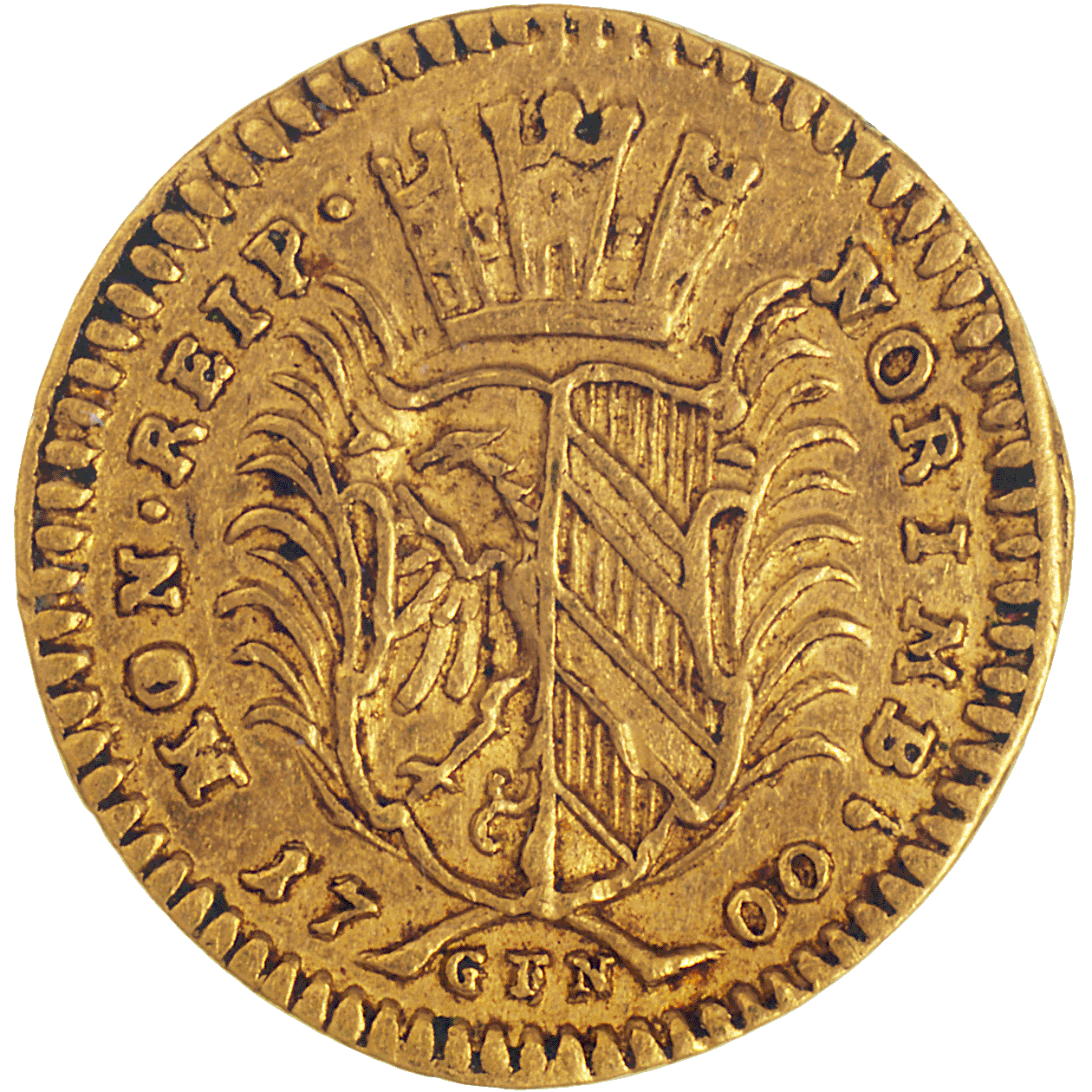 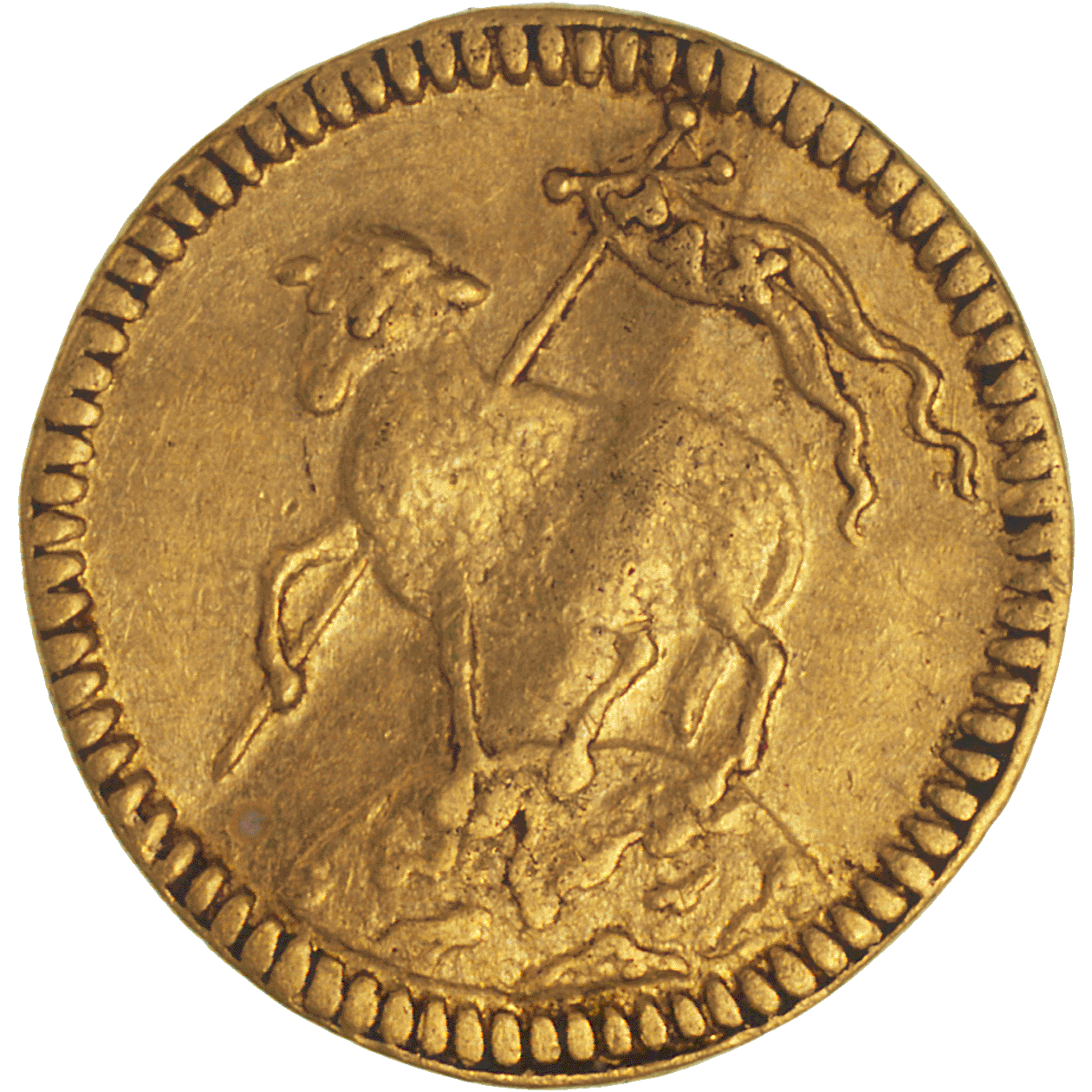 The Lamb of God, the Agnus Dei, was minted on coins of the Christian world since the 12th century. The city of Nuremberg issued coins with the Agnus Dei too; thesy were colloquially called "lamb-ducats." Nuremberg minted the first lamb-ducats in 1632 to express its desire for peace during the horrible Thirty Years' War (1618-1648). When the war actually came to an end, the city issued another series (Peace of Westphalia 1648). In 1700, Nuremberg minted lamb-ducats again – this time they were to welcome the new century and to celebrate the introduction of the Gregorian calendar in February 1700. These lamb-ducats soon became so popular that they were re-minted time and again; they were particularly liked as christening gifts. Nuremberg struck the last lamb-ducats in 1806.