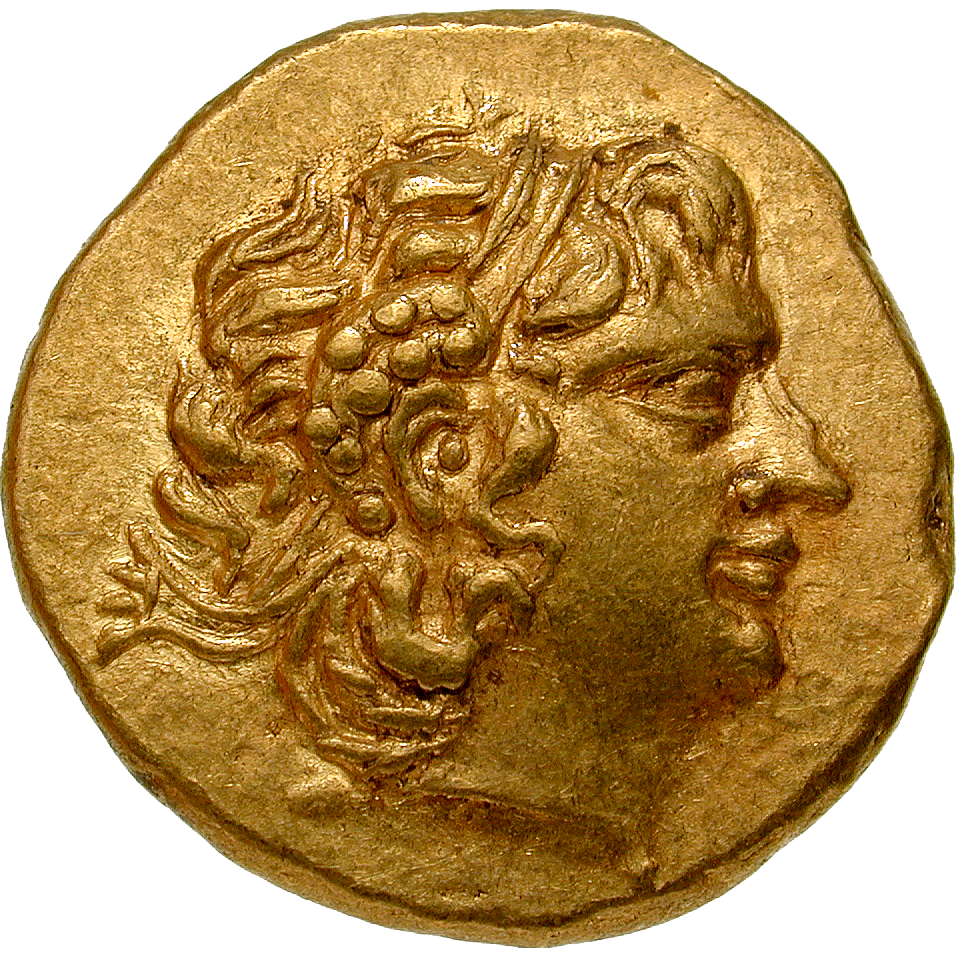 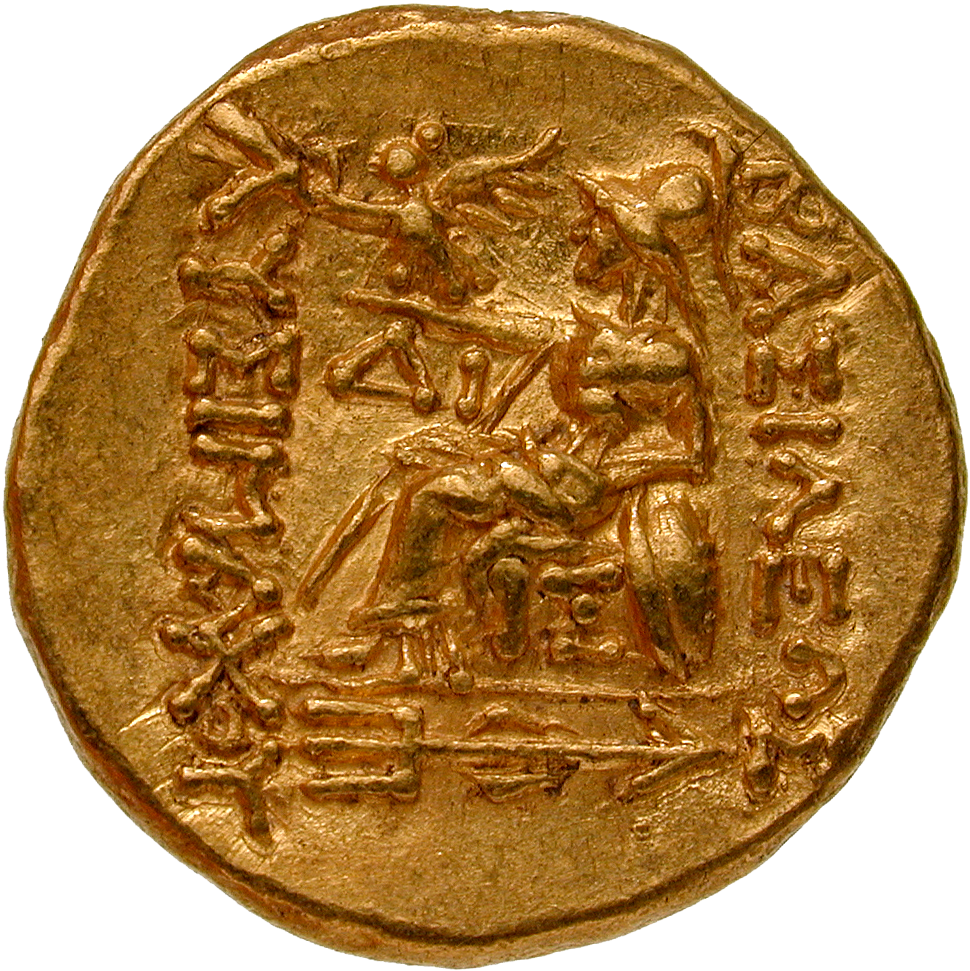 This stater is mercenary money of the highest quality. In the 80's of the last pre-Christian century, King Mithridates VI of Pontus (120-63 BC) armed for war against the Roman Republic. Top pay his mercenaries, he had coins minted in different cities. For the – mostly celtic mercenaries – to accept his money without reservations, Mithridates issued the among the Celts most popular coin type. This was the so-called stater of Lysimachus, which bore on the obverse the head of Alexander the Great wearing the Horns of Ammon and on the reverse the goddess Athena with a little winged Victory. Mithridates changed the image only in one detail – instead of Alexander he had himself depicted on the obverse.