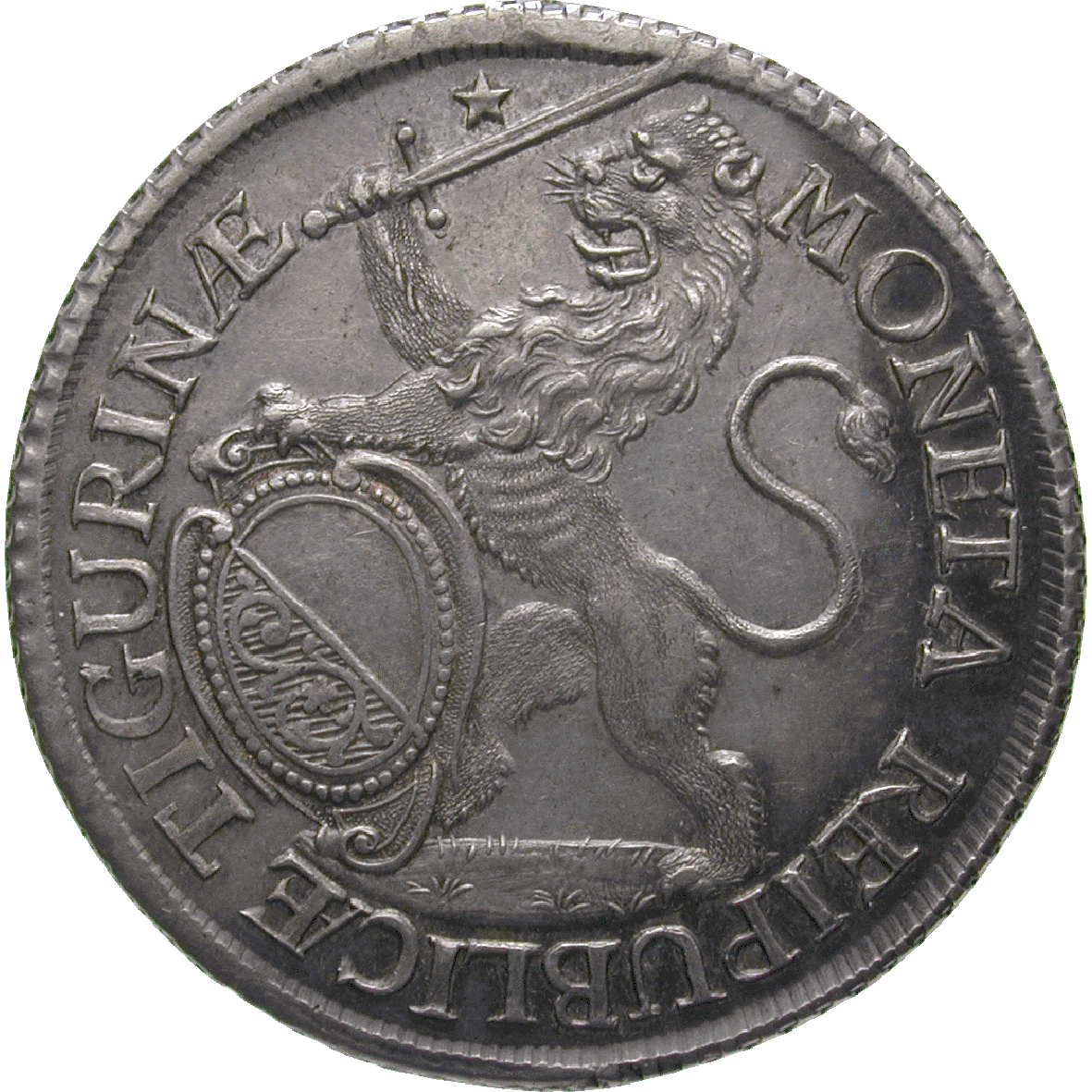 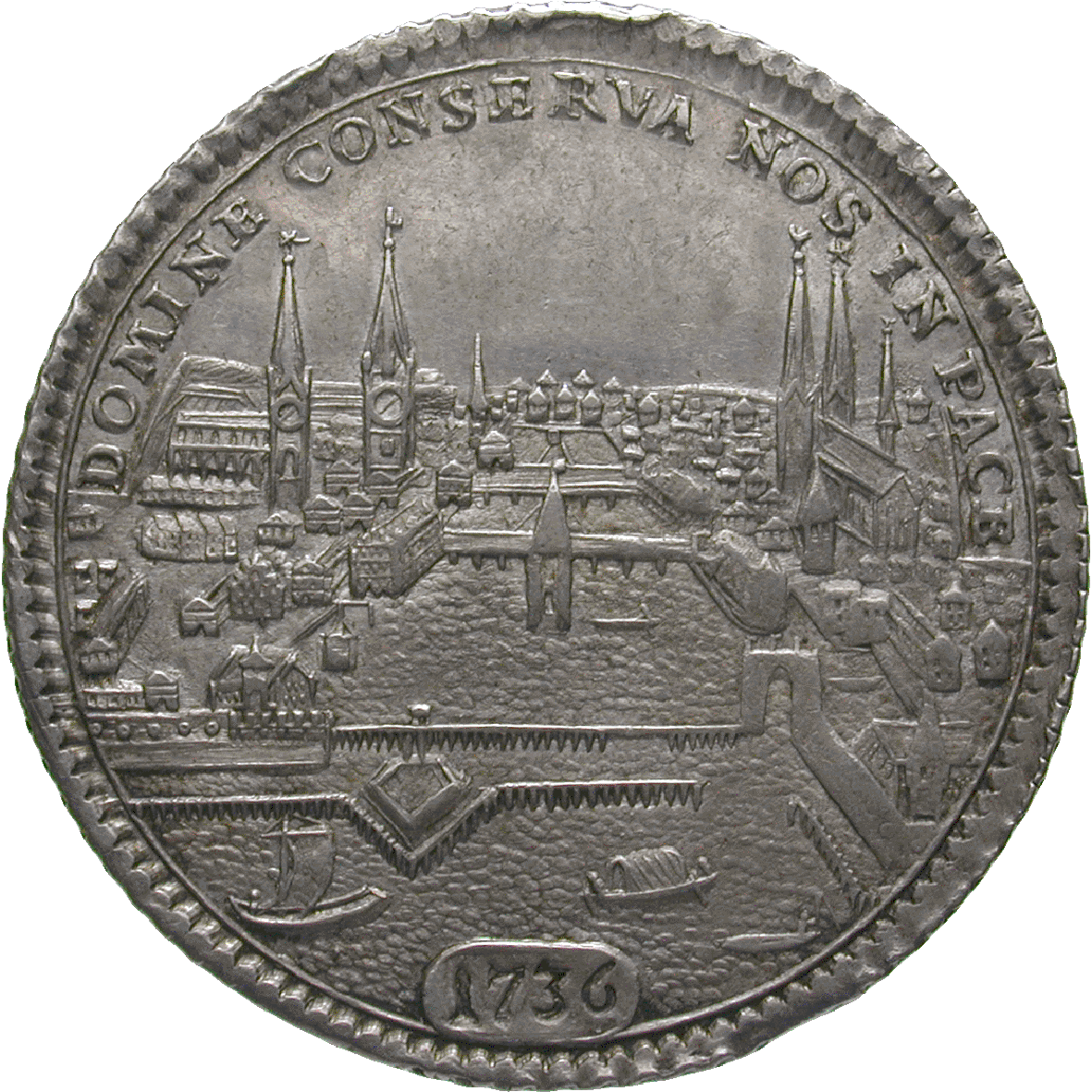 This taler shows: Travelers coming from the lake to Zurich – as did many, before the construction of the railroad and the invention of the automobile –, would see the Bauschänzli as first point of the city. That is a bastion built into the lake during the 17th century, as part of a fortification against attacks which fortunately never took place.

Between the Bauschänzli and the Fraumünster Church lay the Kratz, the neighborhood of the less privileged: here the air was clammy and full of mosquitoes, since the neighborhood lay between the lake, the river, and a moat. Within the Kratz stood the town house with its gables and bays (on the square in front of it, the weekly market was held), some medieval houses and a large inn, the Baugarten; directly on the lake stood a watchtower.