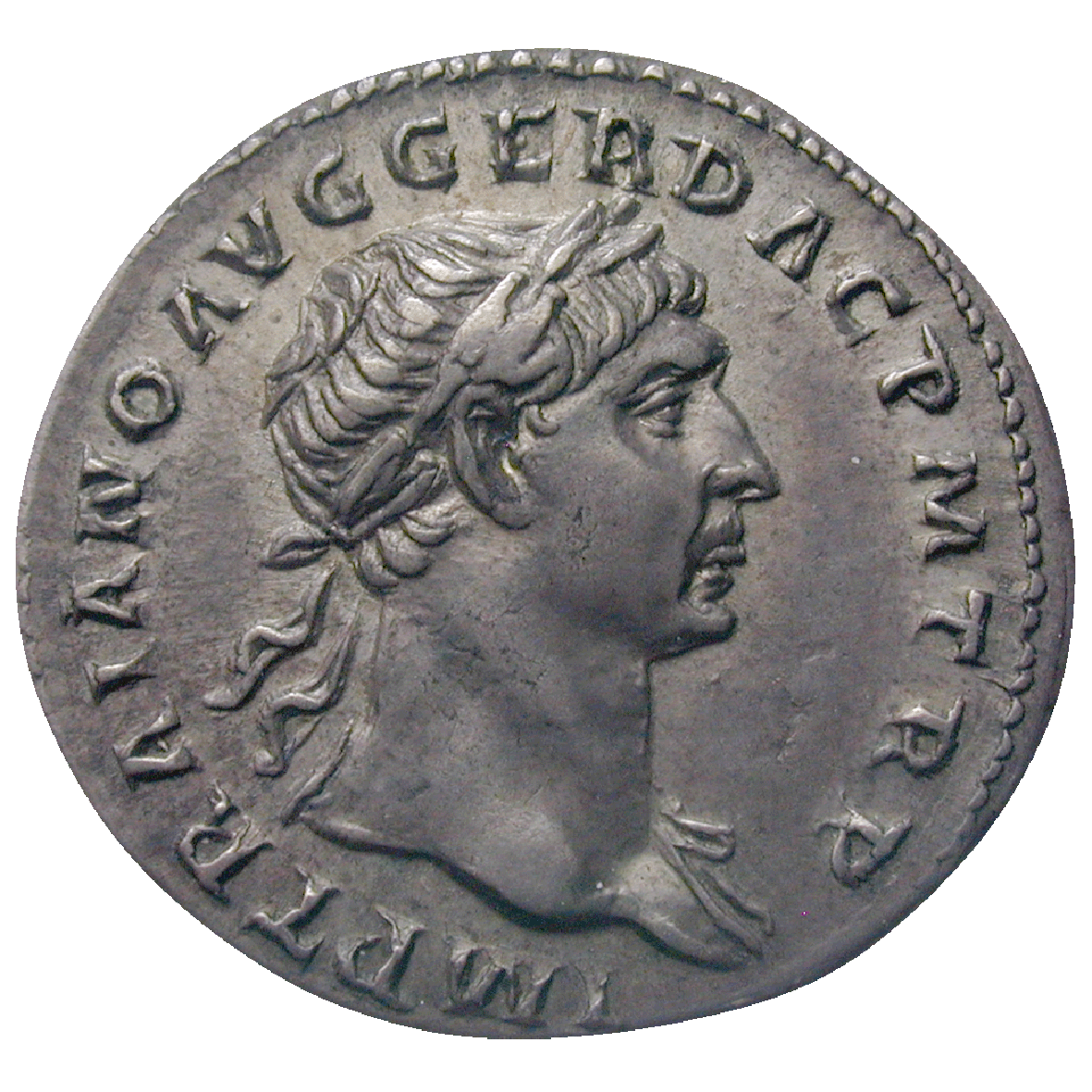 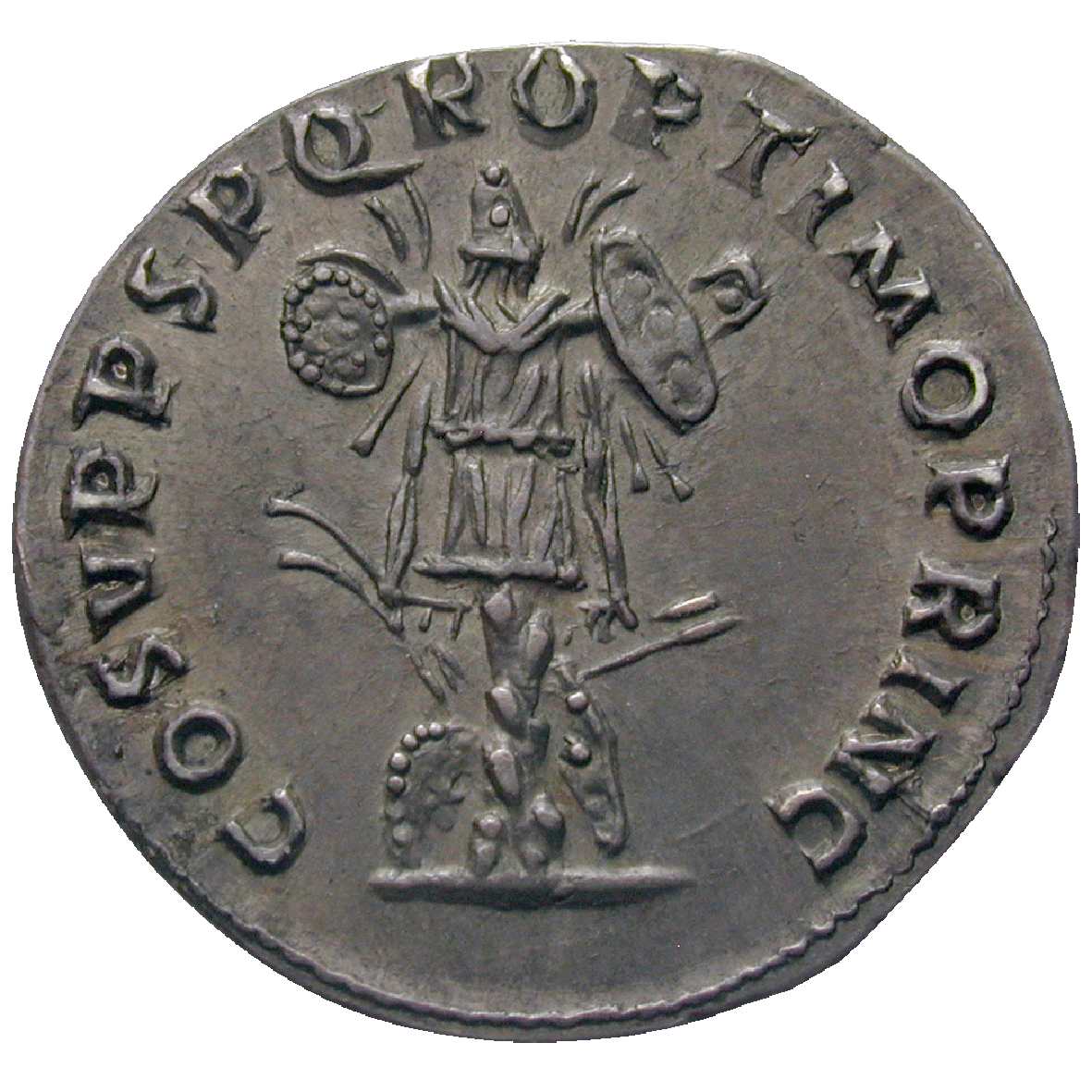 The obverse of this denarius shows the Roman emperor Trajan (98-117 AD), the reverse a trophy. Those were constructions erected from armors and weapons of vanquished enemies.

The Dacians, whom Trajan defeated between 101 and 106 AD, lived along the Danube River in an area known as Transylvania today. They owned gigantic deposits of gold and silver, which must have been very tempting for the Romans.

The best source for Trajan's war against the Dacians can be found on the forum Trajanum: It is the Trajan's column, featuring the history of the two Dacian wars in 155 scenes with 2.500 figures. The column not only illustrates the diverse battles, but also the technical developments of the Romans, and the vain attempt of the Dacians to repel the intruders.