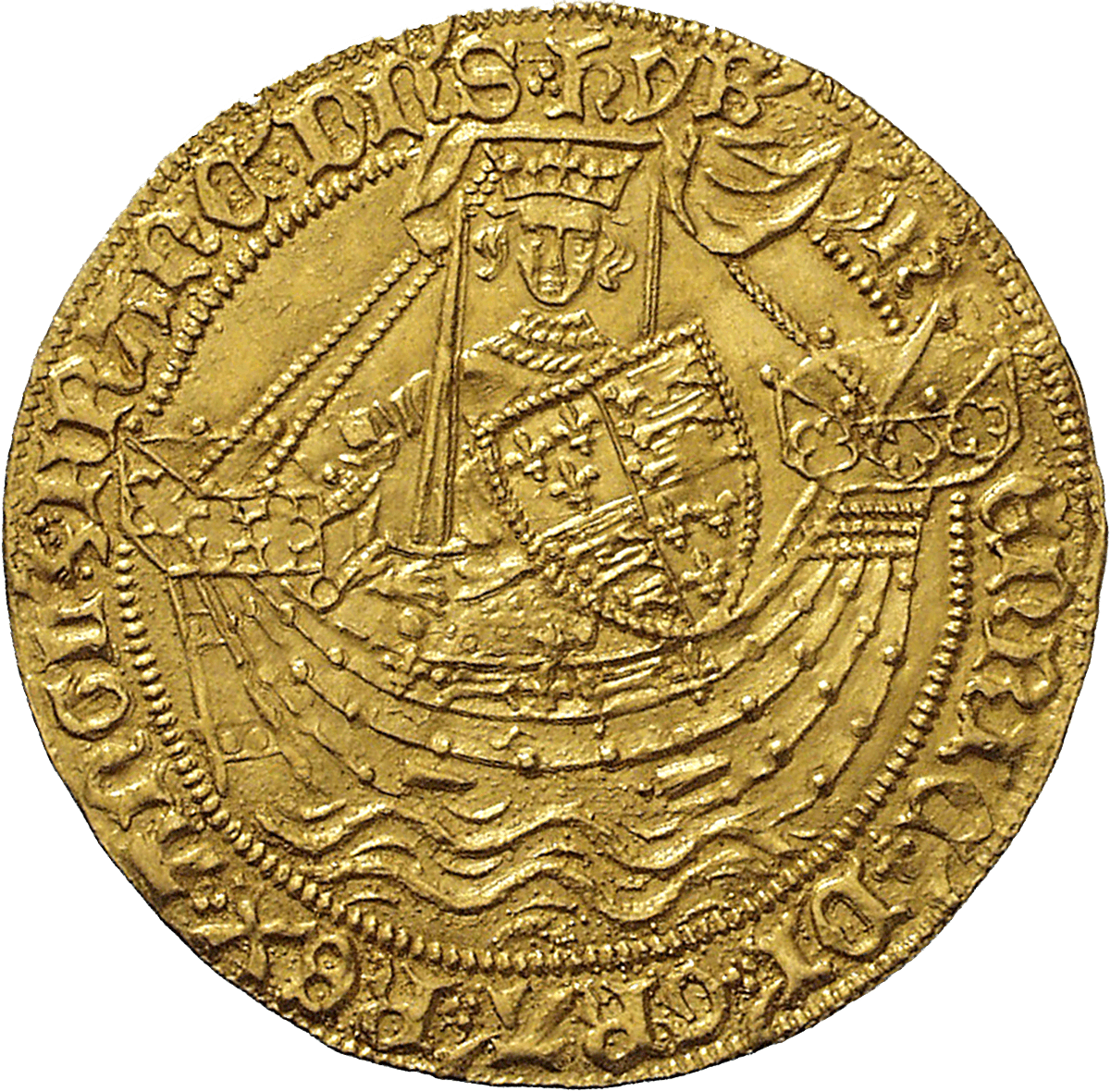 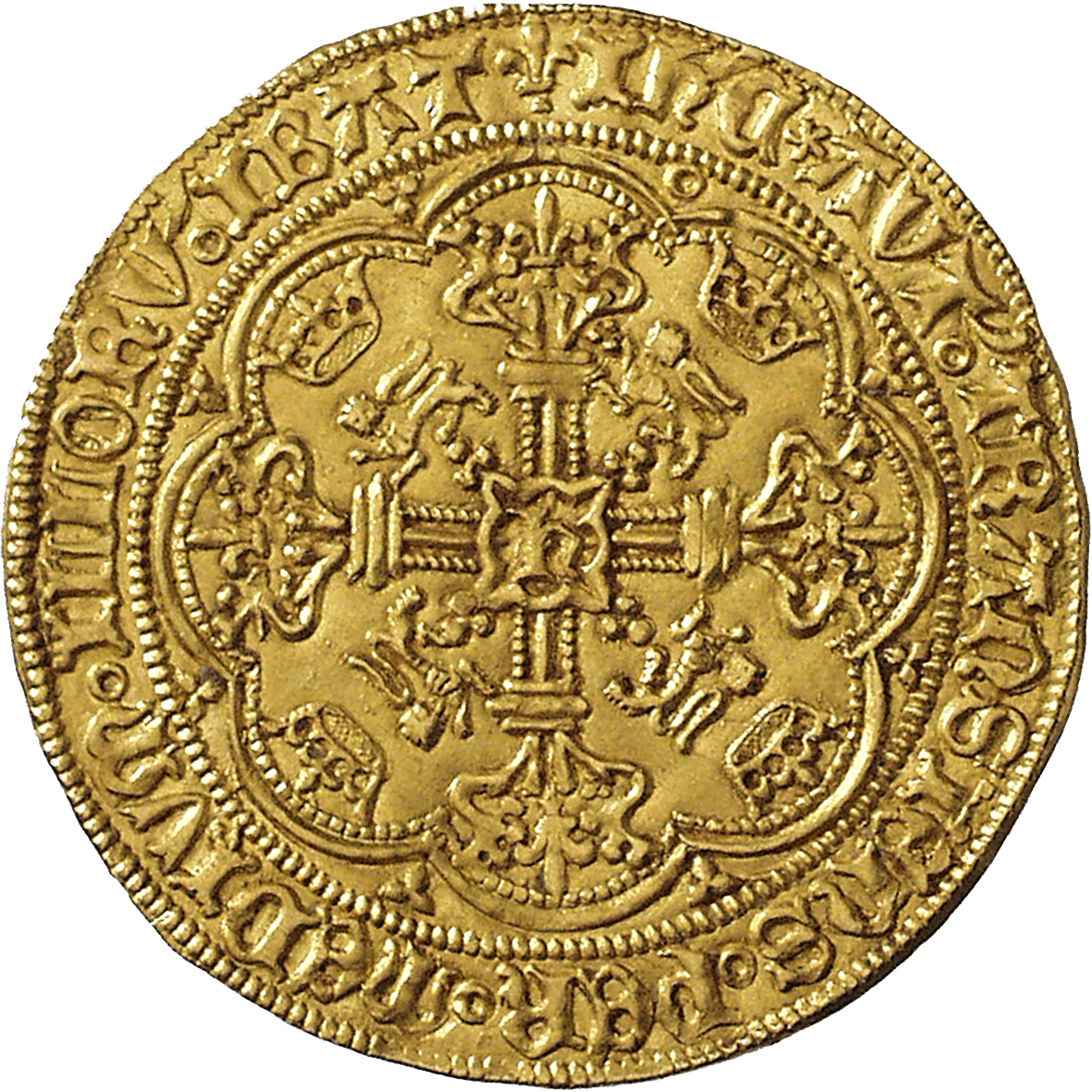 The noble was the first successful English gold coin. It was created in 1344 by Edward III to celebrate his naval victory over the French off Sluys, the harbor of Bruges, in 1340. The obverse depicted Edward onboard a ship, sword and shield in hands, thus declaring his readiness for battle. The object of his fight was the French throne, as the fleur-de-lis on his shield pointed out. By the end of the 14th century, the noble had gained acceptance as key currency in North Sea and Baltic Sea trade.