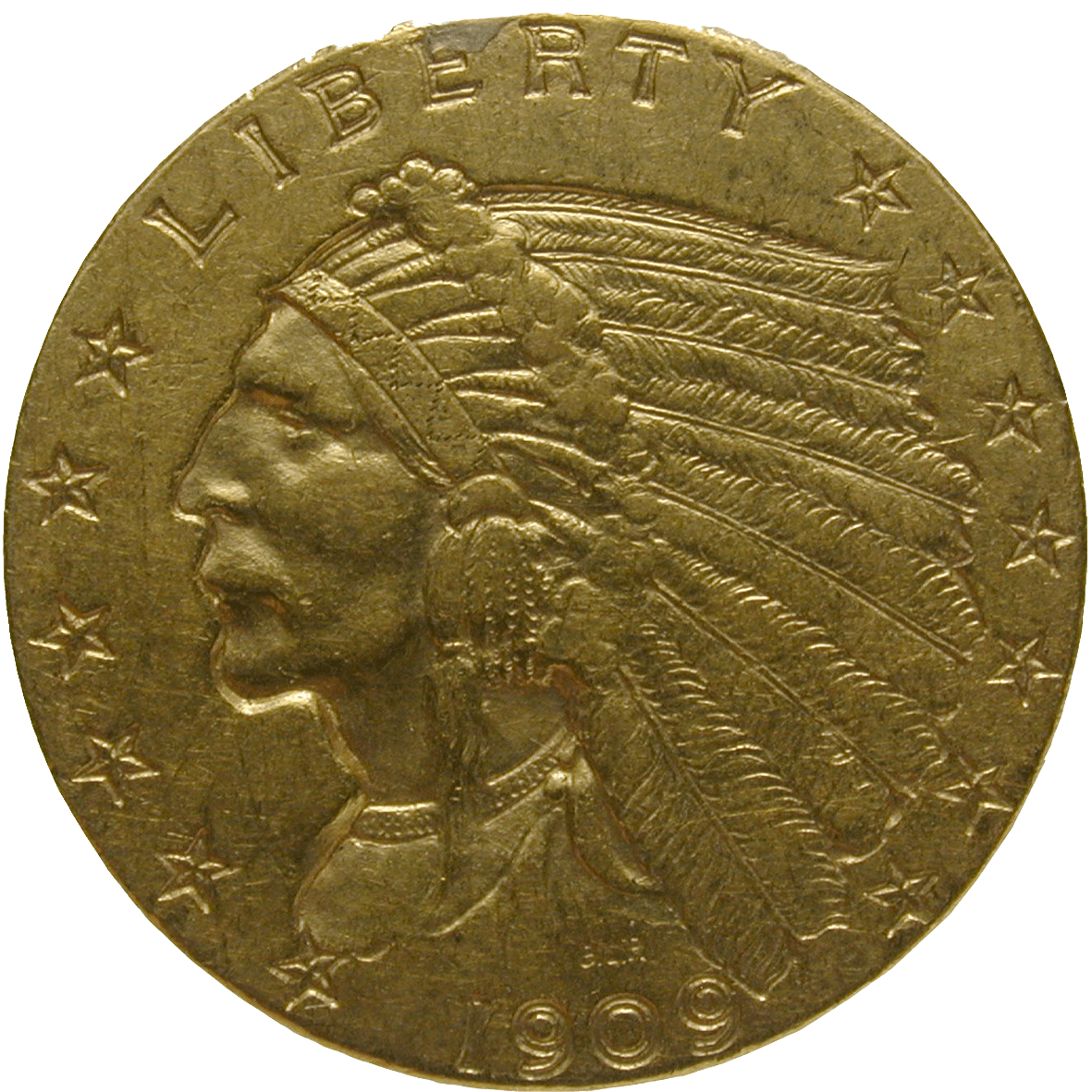 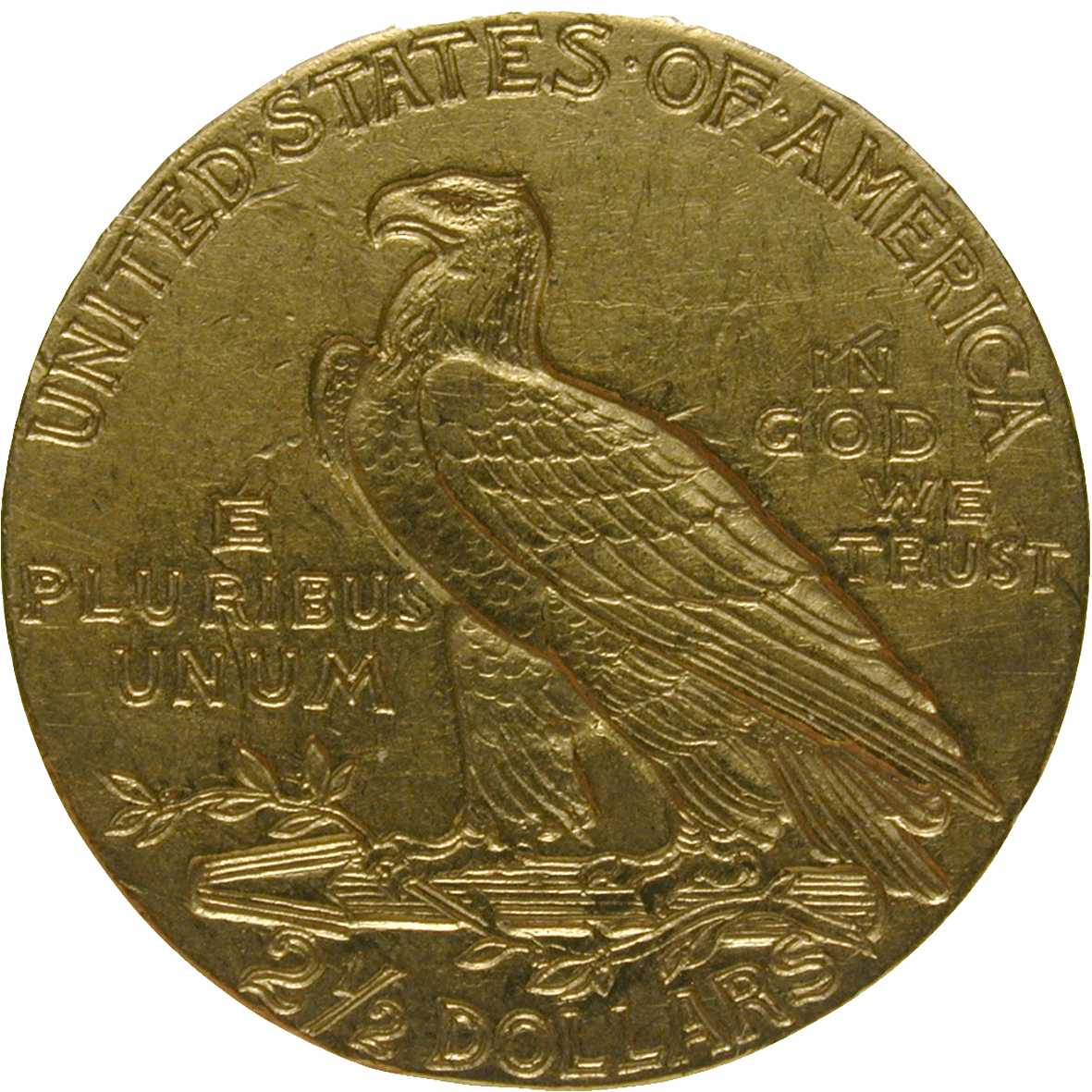 The public reacted with mixed feelings when the Indian Head gold coins were issued for the first time in 1908. Many appreciated the design's artistic merits; many others, however, immediately found fault. One cause for criticism was of course the head of the Indian that replaced Miss Liberty, who had hitherto been shown on the quarter and half eagles. Other queried that the sunken design would lead to a multitude of problems such as abrasion and counterfeiting and even illness – the recessed areas would become clogged with germs that would convey diseases, they said. Despite all critics, the Indian Head gold coins were issued from 1908 to 1915 without causing any nameable problems. After a break of ten years the US Mint resumed their issue in 1925. The series ended for good only in 1929 – as one of many victims of that year's Wall Street crash and the following world economic crisis.