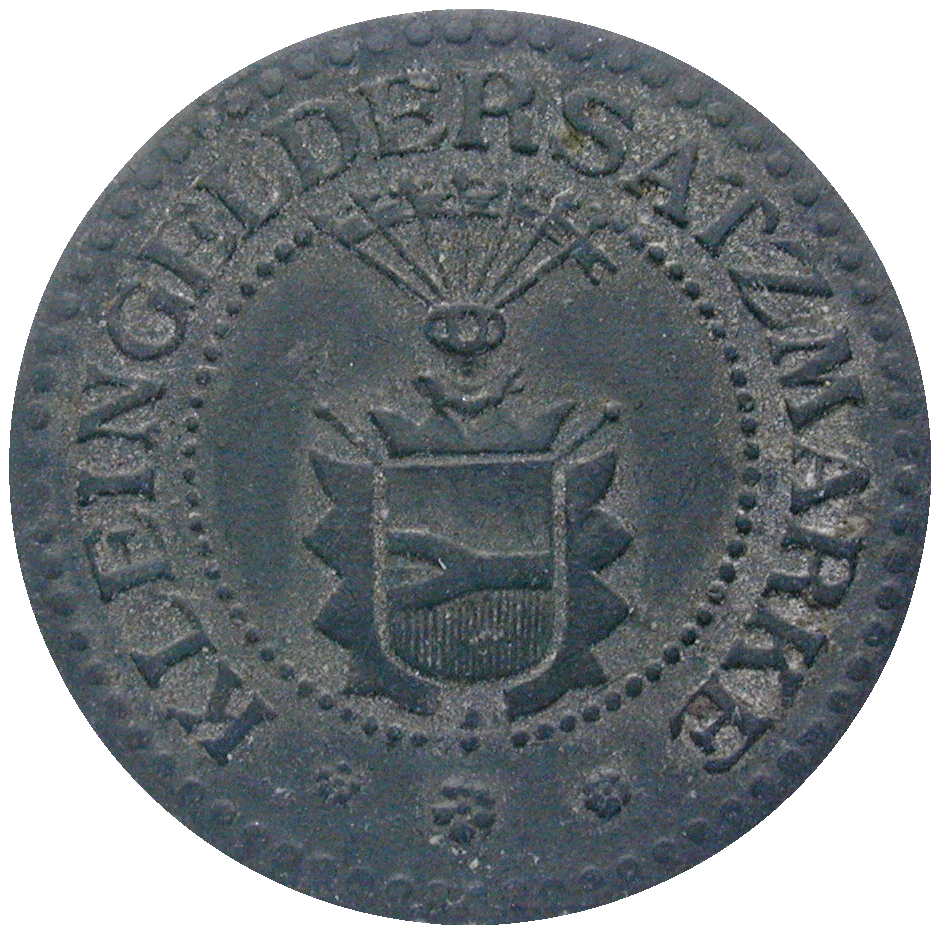 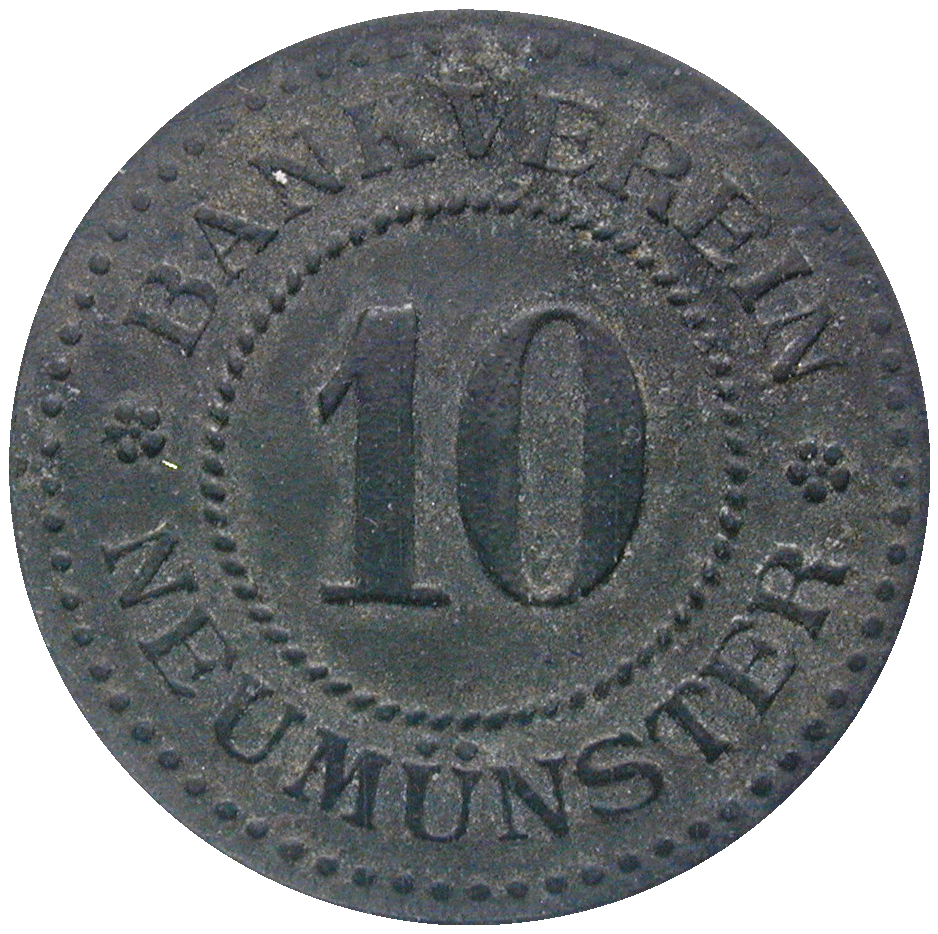 With the outbreak of the First World War (1914-1918), the time of the German gold currency came to an end. As new money masses of Darlehenskassenscheine, paper money, were issued. Gold and silver coins disappeared from circulation, either under the mattresses of the population, or into the safes of the Reichsbank. However, coins from base metals were withdrawn from circulation, too. Copper and nickel became strategic materials and were replaced by iron, zinc and aluminum. Yet substitution coins could not be produced fast enough, however, which resulted in a drastic scarcity of coins. Communities and companies therefore started to issue their own emergency money. This token from the Bankverein Neumünster is made from zinc and has a face value of 10 pfennigs.