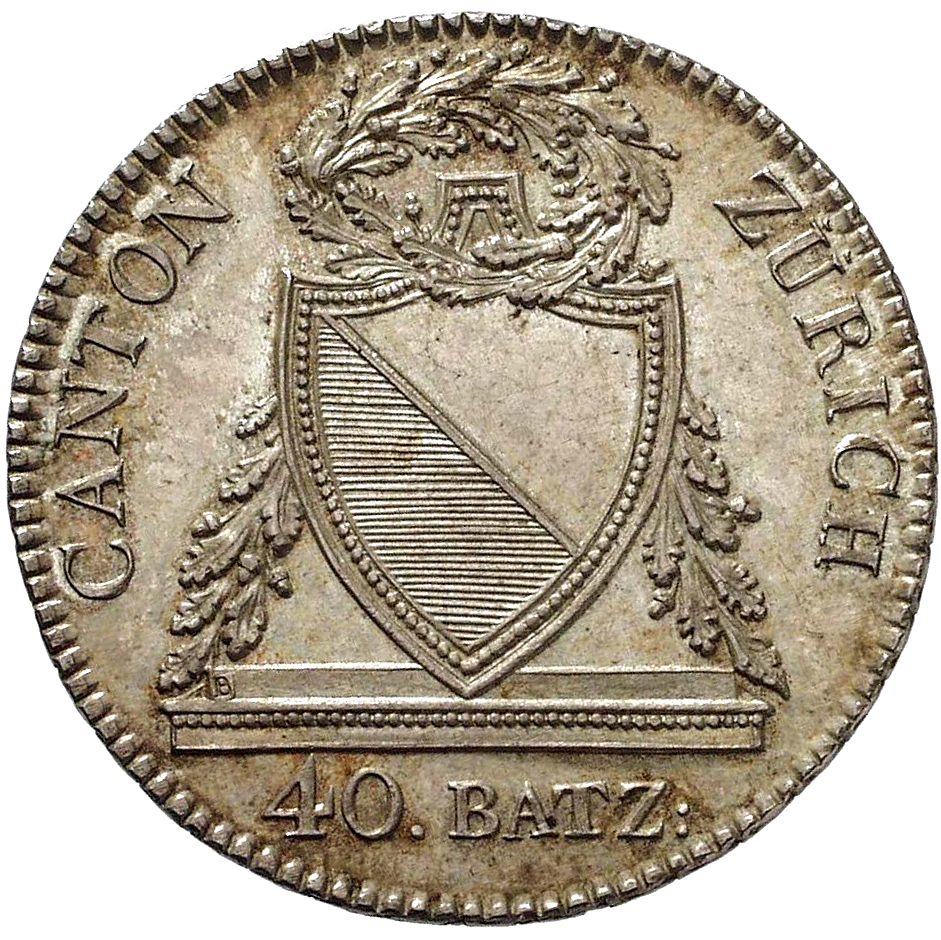 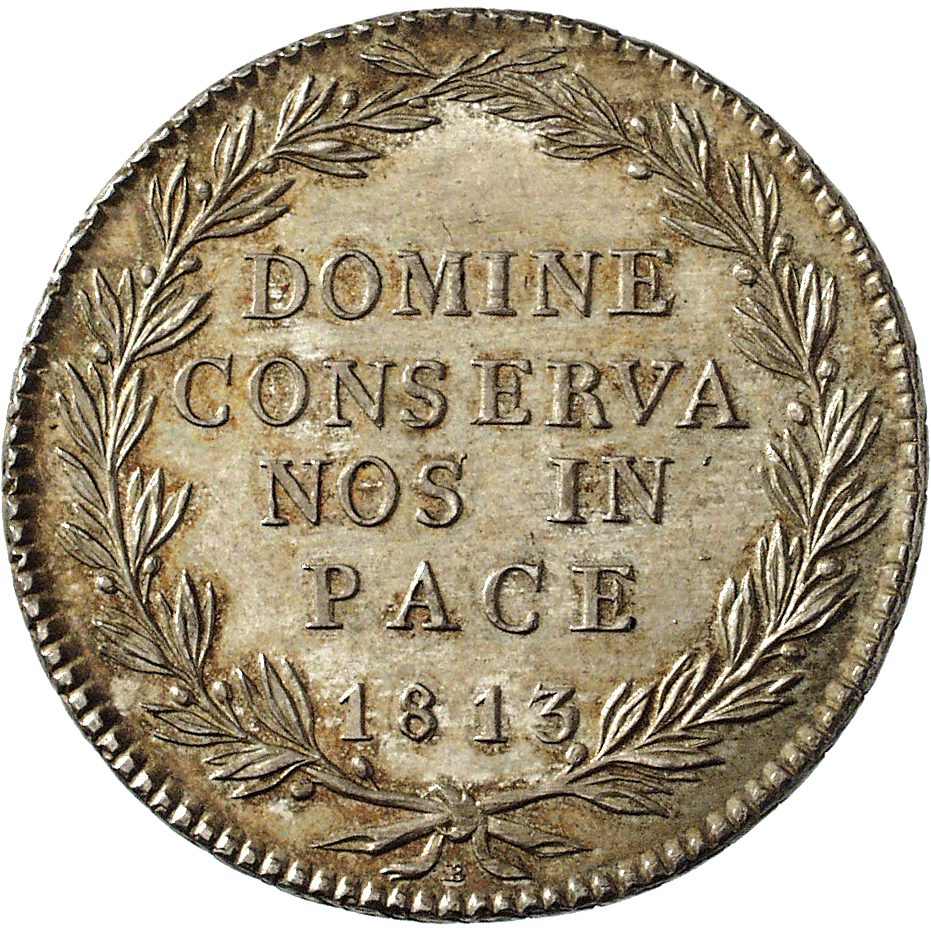 This is the last taler of the city of Zurich. Following the decimal system introduced by the French during the period of the Helvetic Republic (1798-1803), it was worth 40 batzen. As each batzen held 10 rappens (centimes), the so called new taler had a value of 400 rappens.

Zurich had once had a blooming gold smith trade. In the 19th century, however, it was in decline. So much so that the city had to order dies for cantonal coins abroad. The dies for this new taler were cut by the German Peter Bruckmann, as is indicated by the letter 'B' beneath the ribbon.