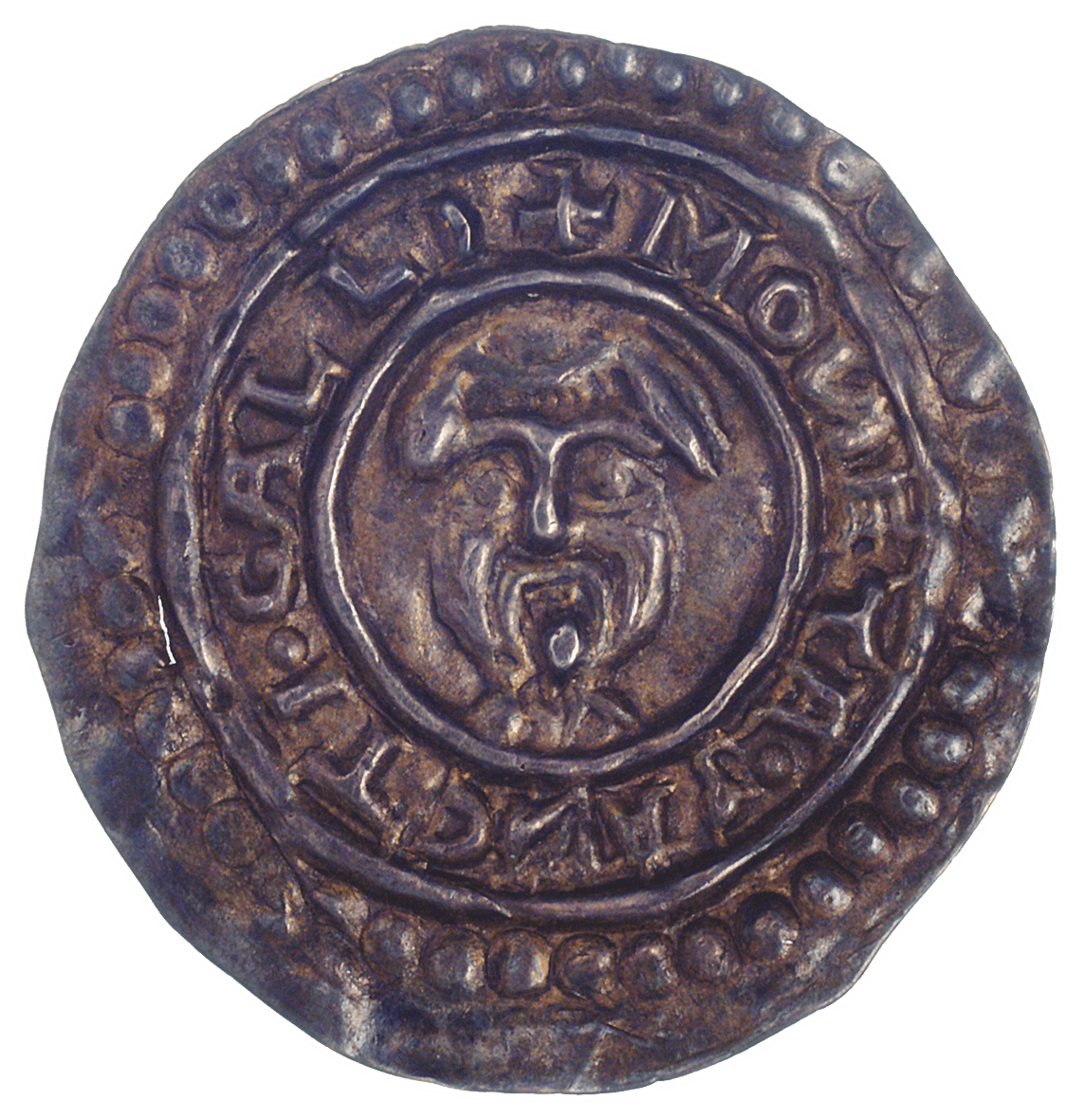 When the itinerant Irish preacher Gallus came upon the Lake of Constance on his journey through Europe, he decided to stay and become an eremite. Tale has it that he fed a bear, who then helped him to gather firewood and build a shelter. According to another version, Gallus pulled a thorn out of the bear's paw and thus made him pliable. However, the hermitage was built around 612, and about 100 years later the Abbey of St Gall was erected in its place.

St Gall minted bracteates, thin pfennigs minted on one side only, beginning with 1200. The pieces bore the image of Saint Gallus, together with the legend MONETA SANCTI GALLI (money of St Gall). Legends are rather unusual on bracteates; the N's are inverted, indicating that the engraver was not very familiar with the use of letters.