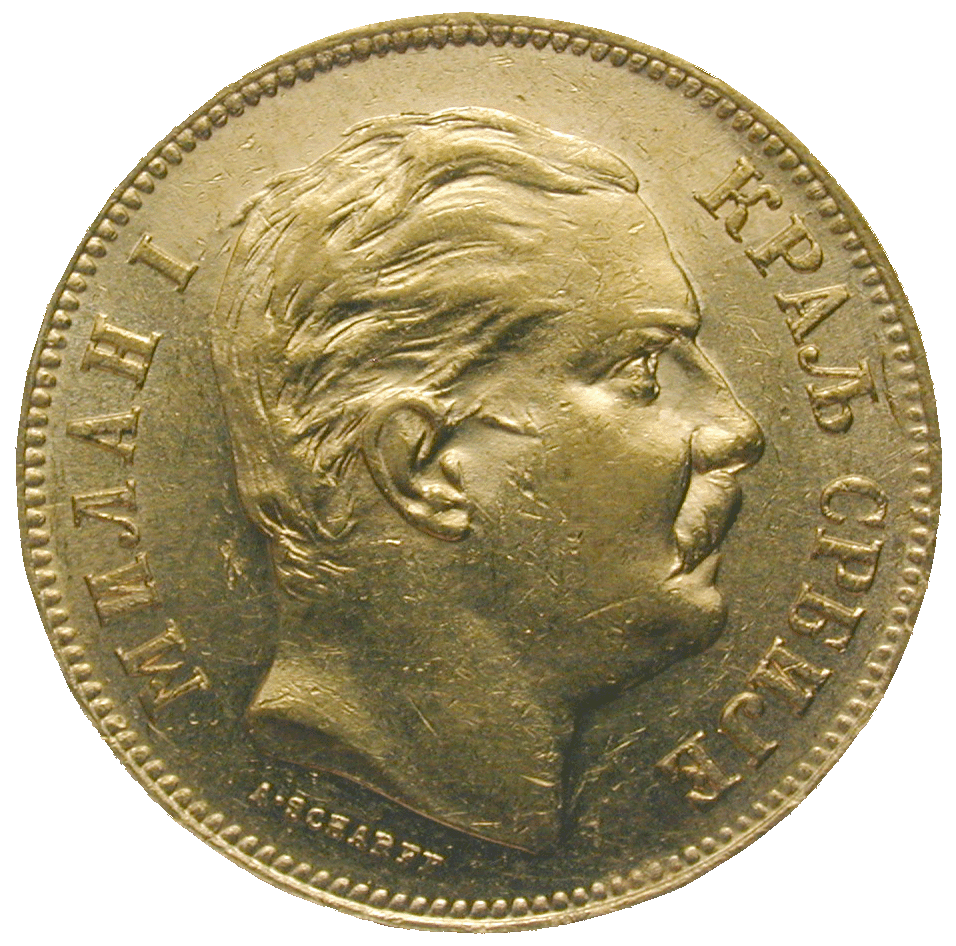 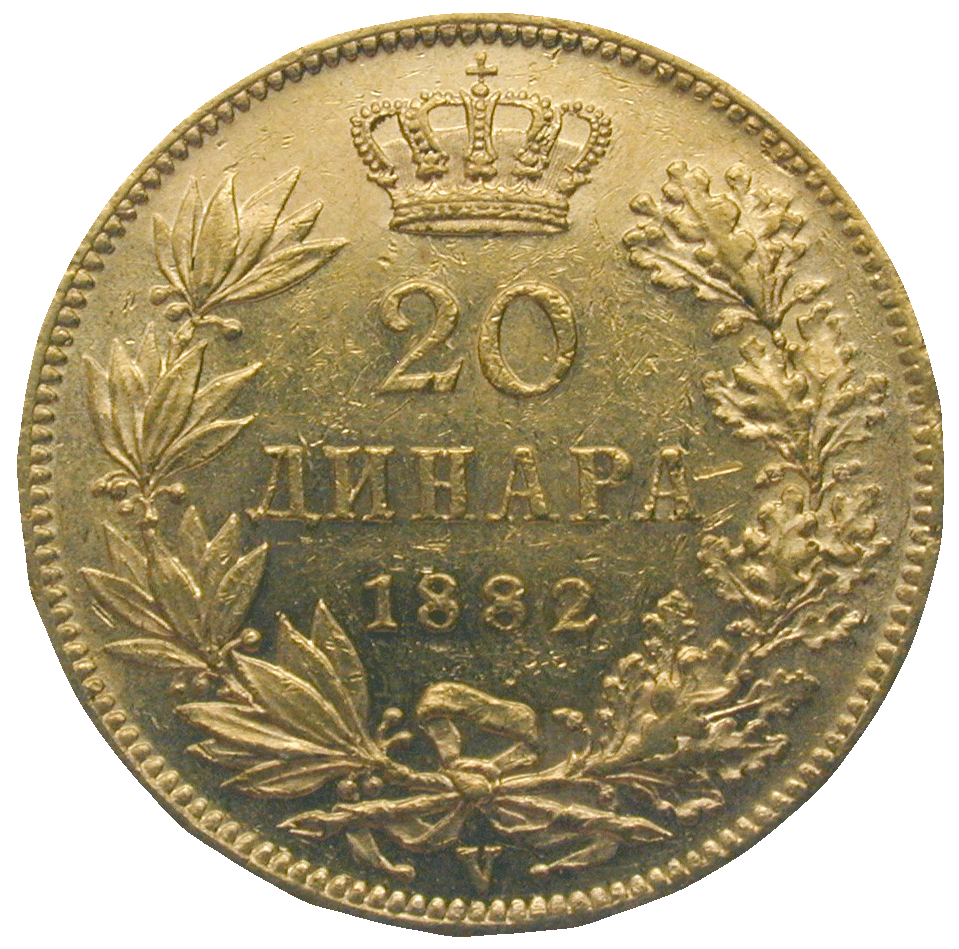 Serbia gained independence from the Ottoman Empire, under whose rule it had been since the middle of the 15th century, in 1867. The country got its own national currency, the dinar, which was based on the example of the French franc – one of the most important and widespread coins of the 19th century worldwide. Like Serbia, several countries adapted their currencies to the French franc in the second half of the 19th century: For instance Switzerland and Belgium, (franken and franc respectively), Italy (lira), Greece (drachma), Spain (peseta), Romania (leu), Bulgaria (lev), and Finland (markka). At a time, in which international trade was yet transacted predominantly with hard cash, standardized coins facilitated commerce and trade considerably. This Serbian gold coin of 20 dinara shows this perfectly, as its weight of 6.5 grams equaled exactly that of the French 20 francs coin.