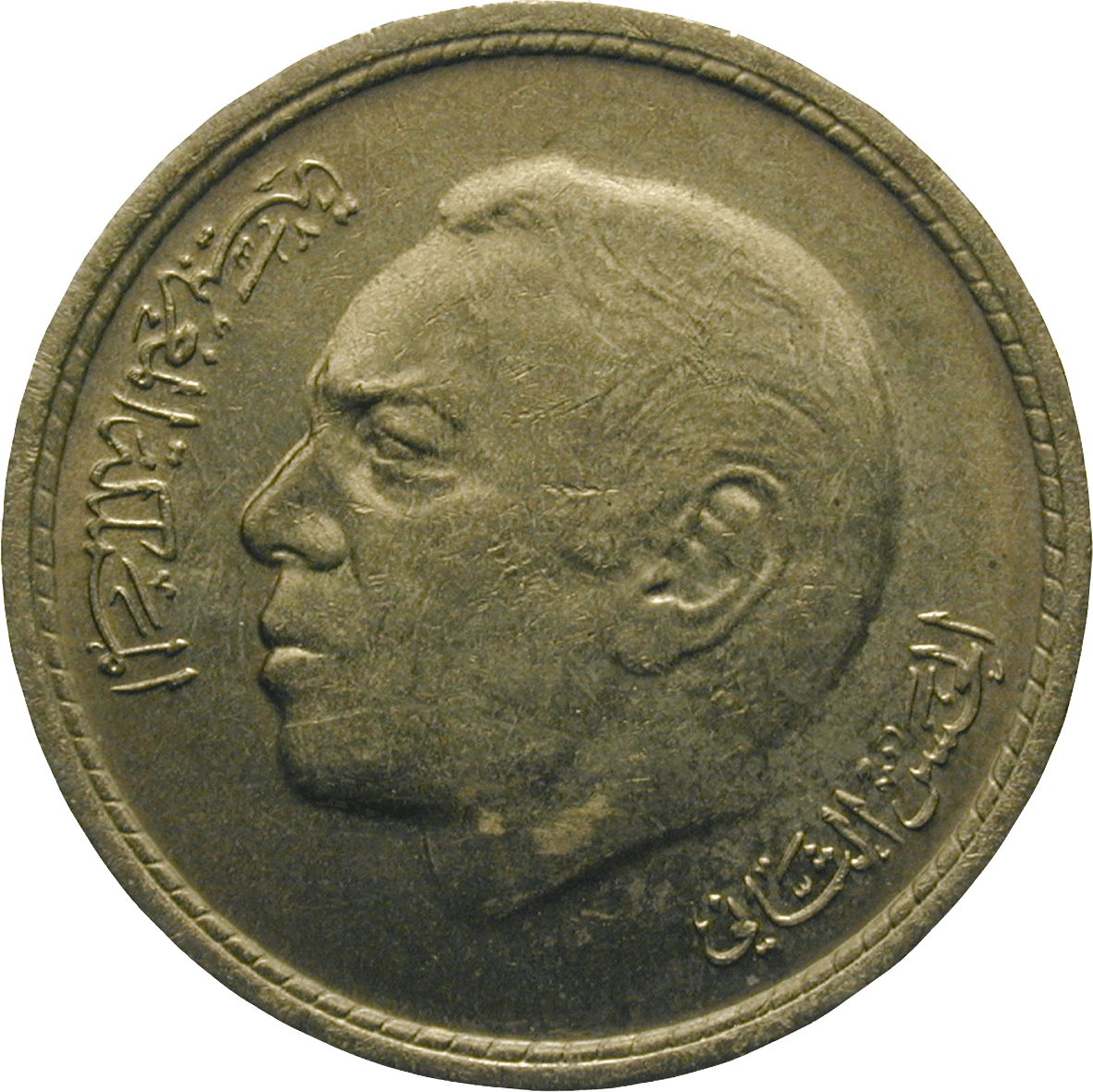 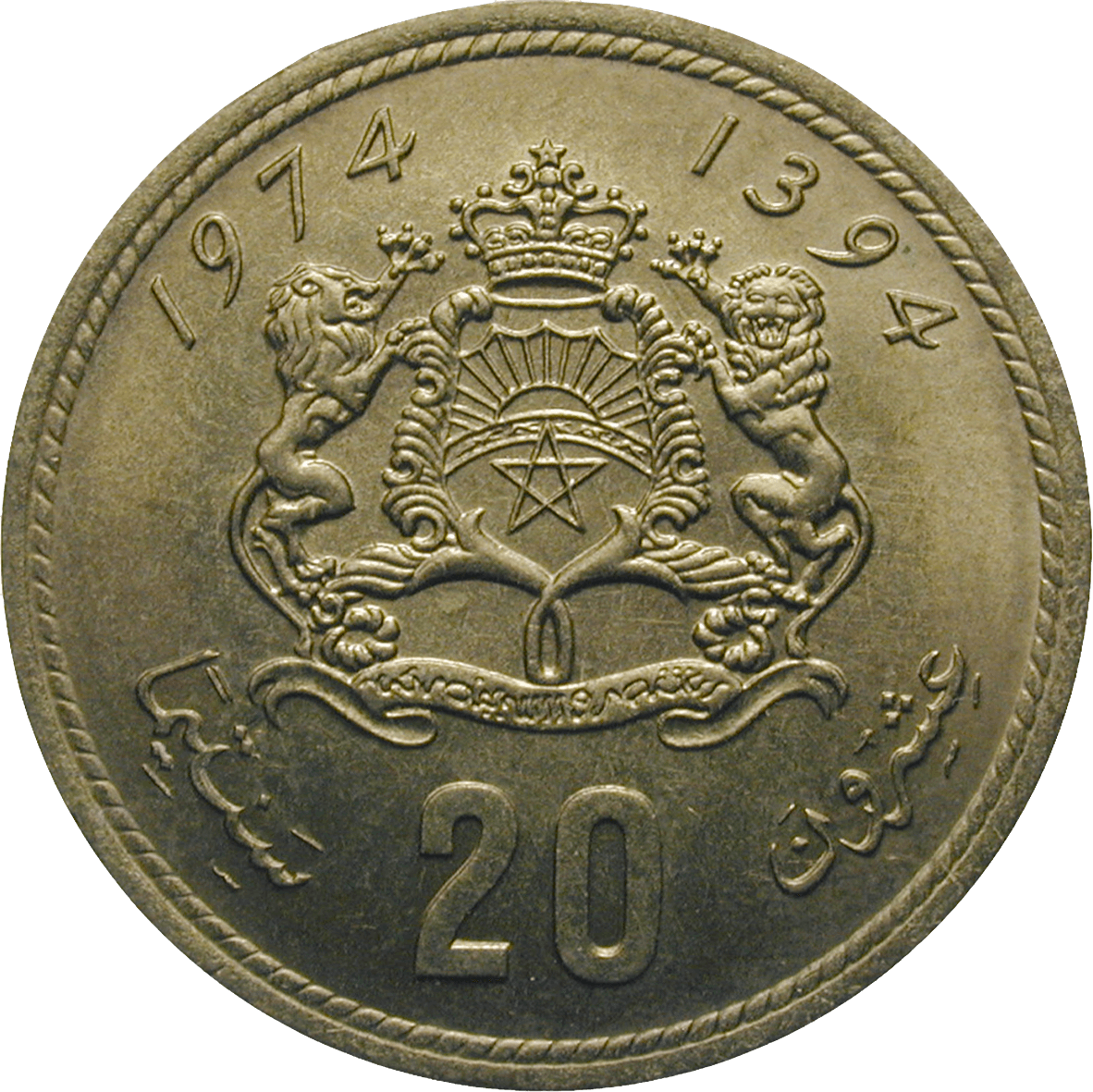 Morocco became the playing filed of European powers in the middle of the 19th century. In the early 20th century, Spain and France divided the land among them, with Spain establishing a small protectorate on the north coast, and France occupying the rest of the country. In 1956 the Europeans withdrew from Morocco, with the exception of the enclaves of Ceuta and Melilla, which remain part of Spain up to this day. Until the independence, Spanish pesetas circulated in Spanish Morocco and French francs in French Morocco. They were replaced in 1959 by the Moroccan dirham, which is divisible into 100 santimat. Only in Ceuta and Melilla pesetas continued to circulate until the introduction of the euro in 2002.