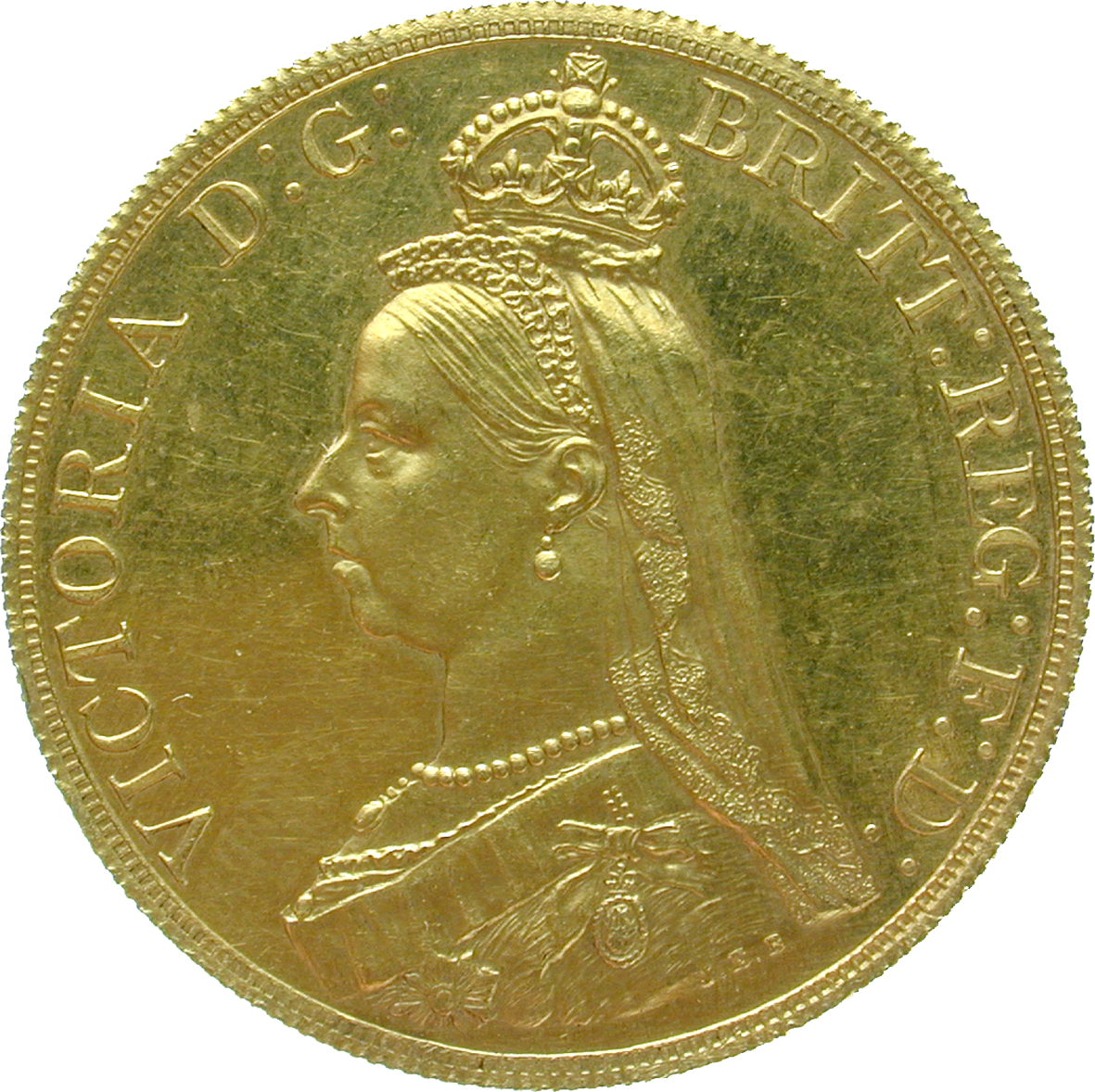 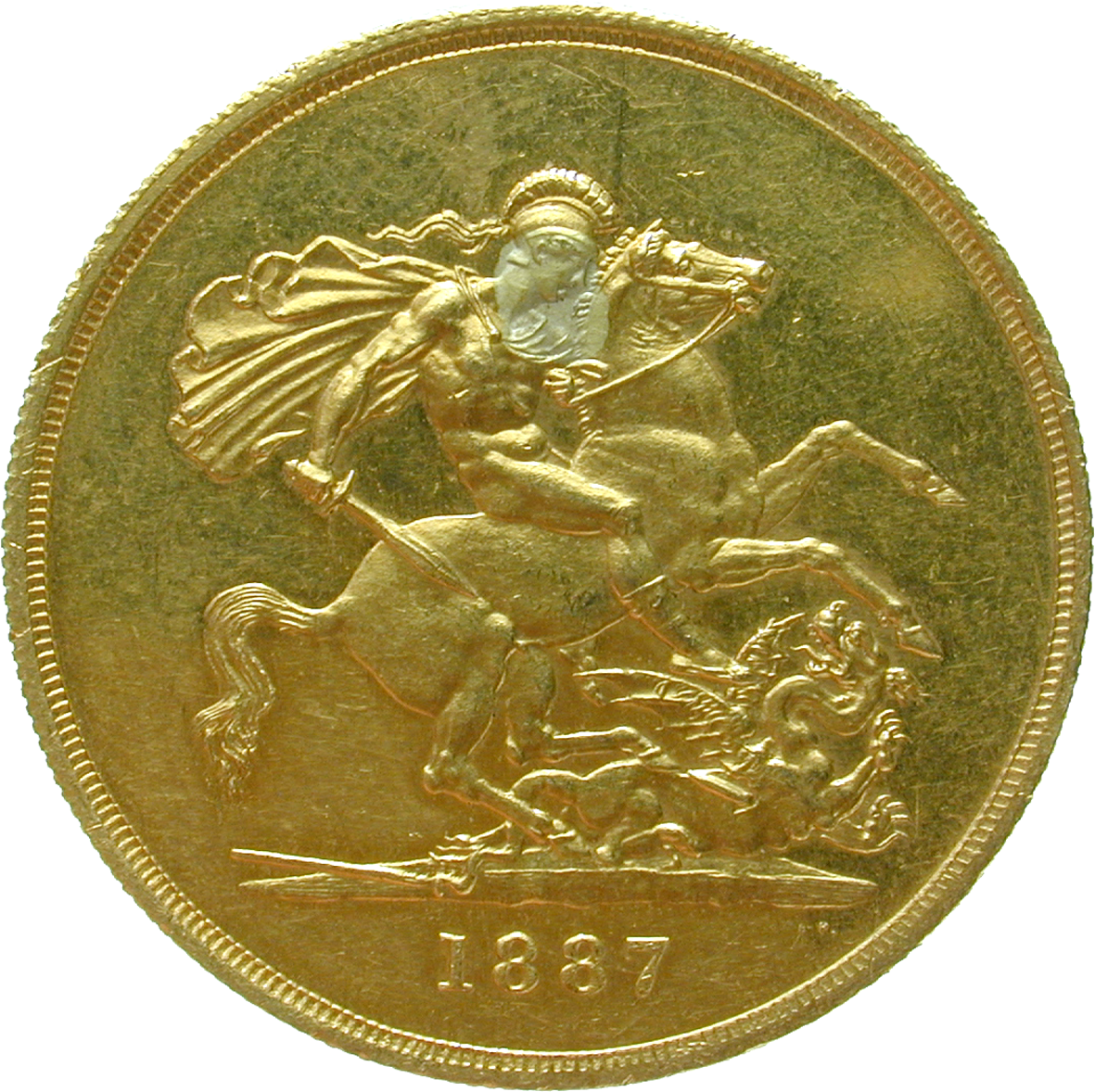 Although Queen Victoria reigned over the British Empire for 64 years (1837-1901), she was for a long time depicted as a young woman on her coins. To mark the 50-year jubilee of her reign, a new portrait was made in 1887. In that year, the "jubilee head" of the queen was created, a portrait on which the queen looks solemn but majestically. The reverse shows the famous picture of Saint George slaying the dragon, the work of the Italian coin engraver Benedetto Pistrucci.