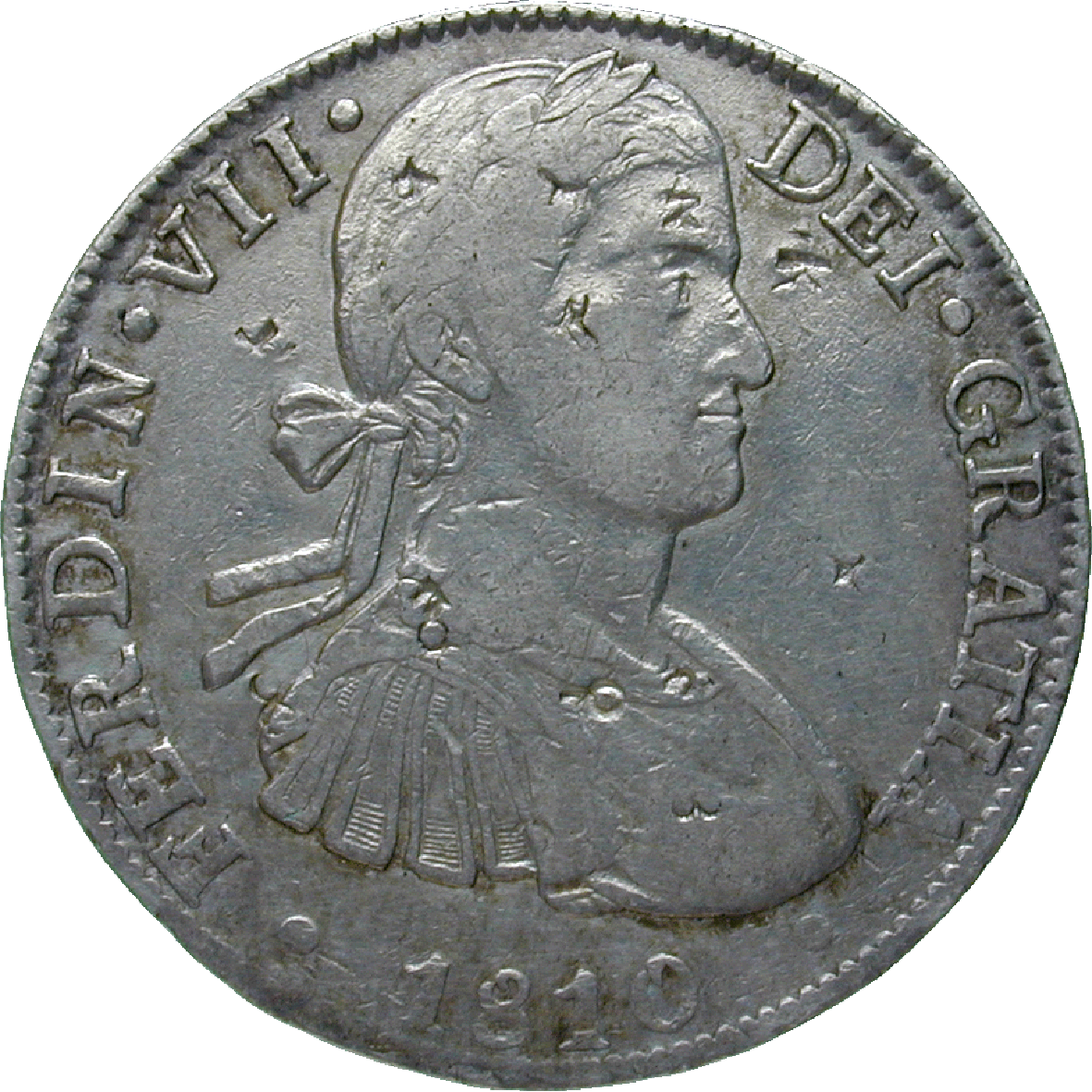 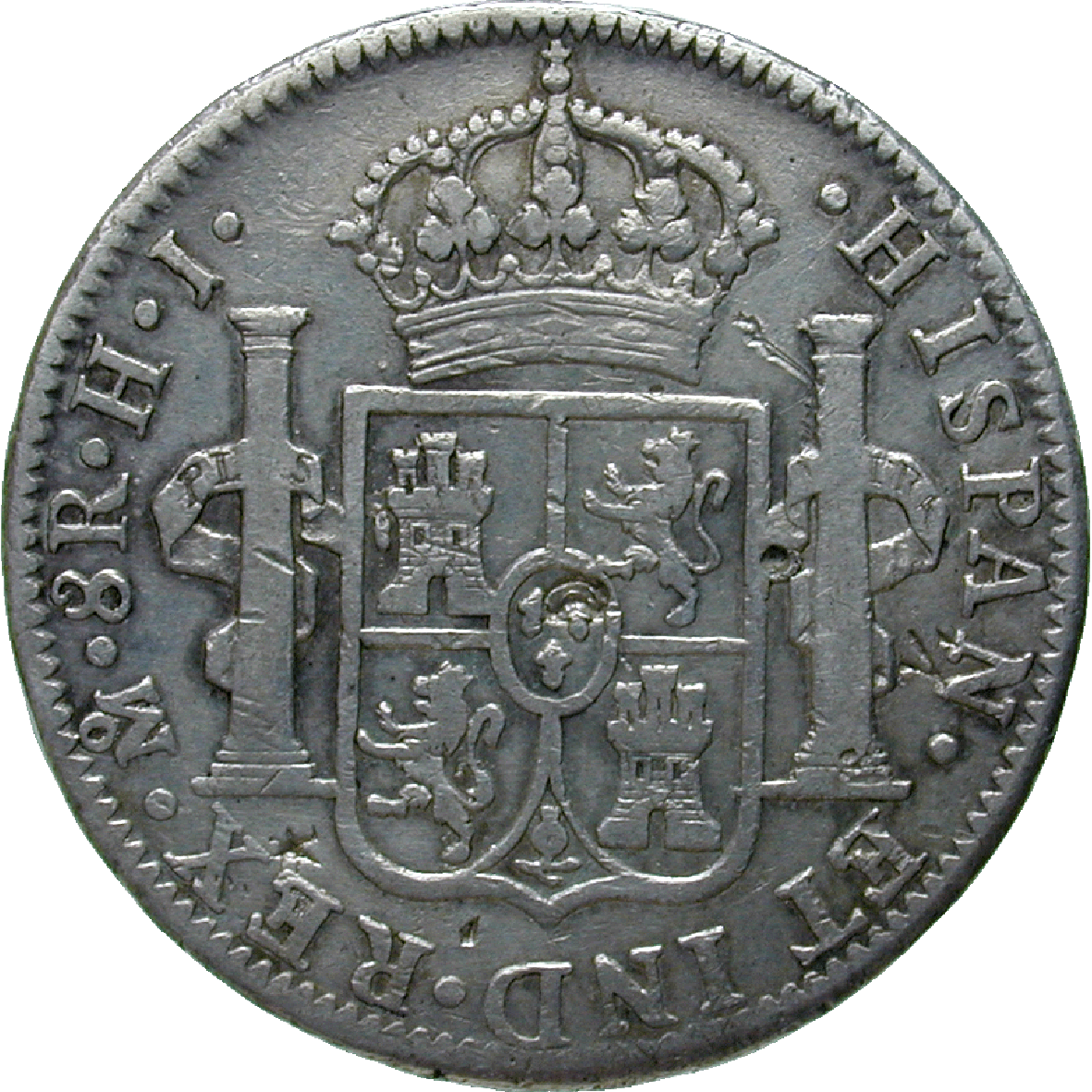 The Spanish real de a ocho – better known under the name of perso – was the most popular and widely spread trade coin of early modern time. As from 1732 it was minted in the name of the Spanish king in Mexico. From there it conquered the world: In Asia the peso became the ancestor of the Chinese yuan and the Japanese yen. In North America it inspired the creation of the American dollar. Pesos circulated in Africa and also in the Ottoman Empire – there the made a career under the name of piaster. And naturally, pesos were in use all over Latin America. This peso bears a number of countermarks on both faces, so-called chop marks. In this way Chinese authorities, banks and business people attested the fineness of European silver coins.