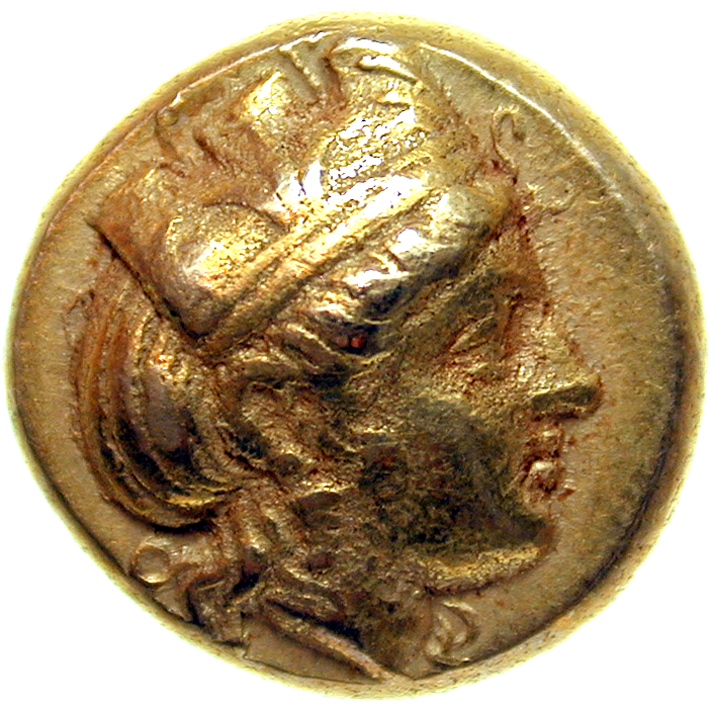 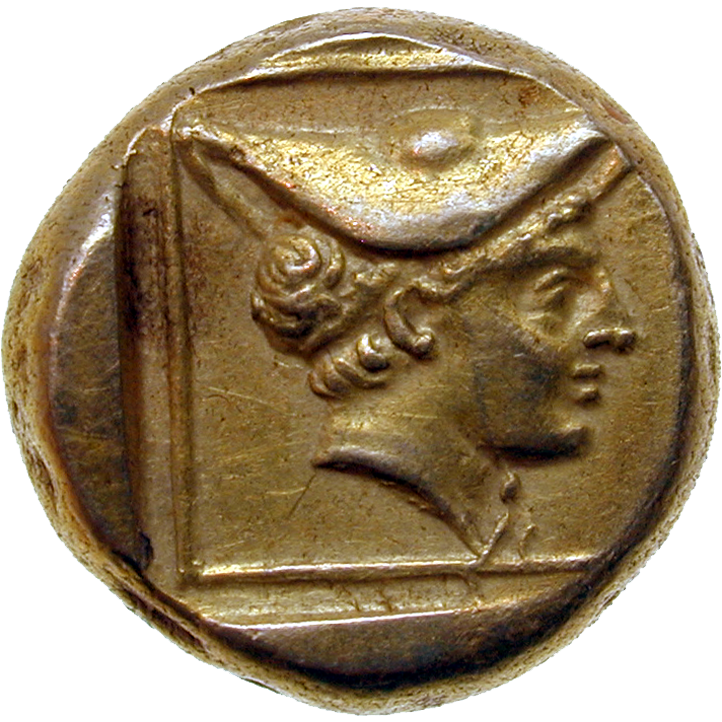 This hecte from the city of Mytilene was struck some time between 412 and 378 BC. It shows the head of the goddess Cybele on the obverse; as protectress of cities, Cybele was often depicted wearing a crest – as can be seen on this coin. The reverse illustrates Hermes, the messenger of the gods wearing a petasos, a winged helmet.

Mytilene stood under Athenian rule until 412 BC, when it gained its freedom. Independence only lasted until 378 BC however; that year Mytilene was subjugated once again. In the meantime the town issued its own coins, and in this way sought the protection of Cybele, the guardian of towns.