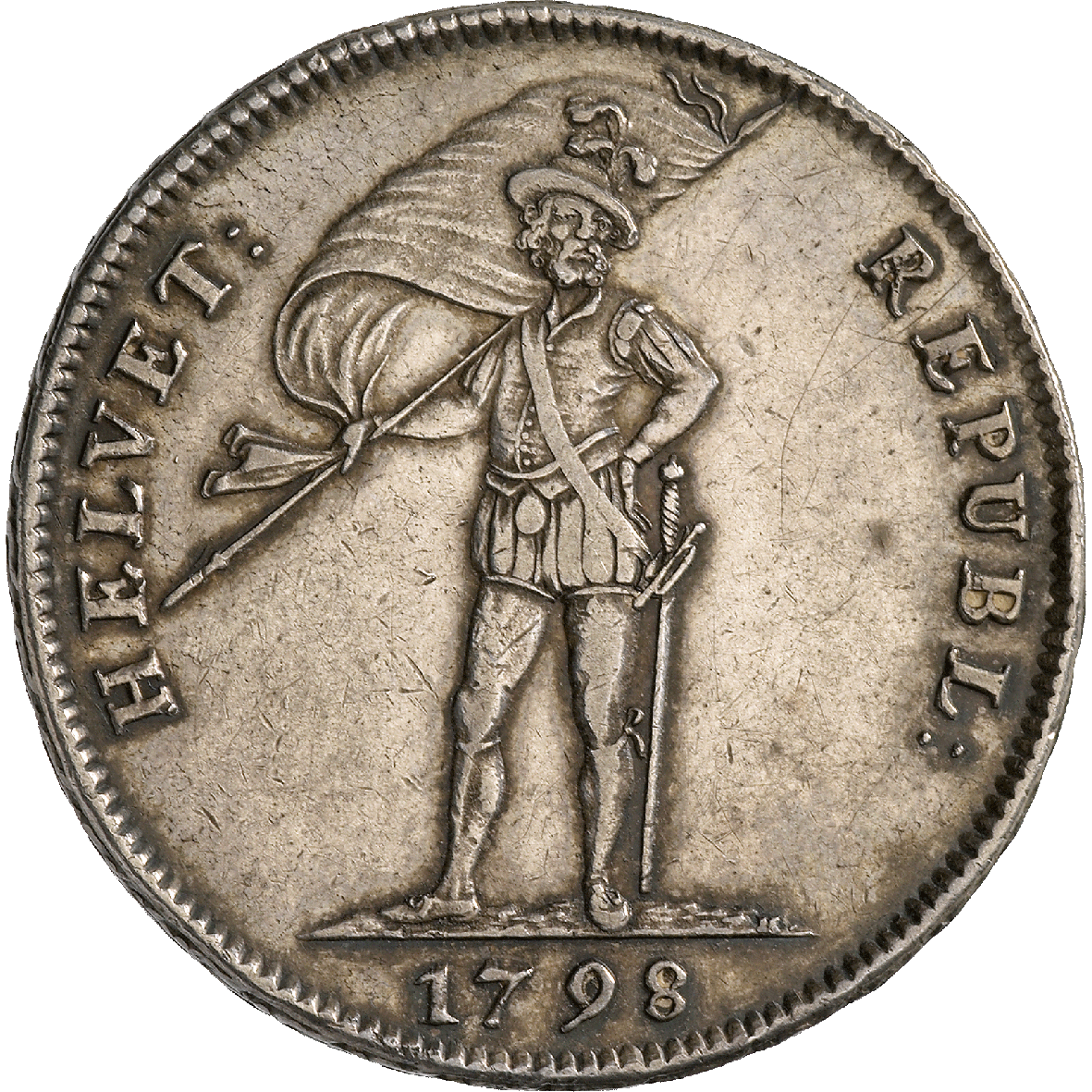 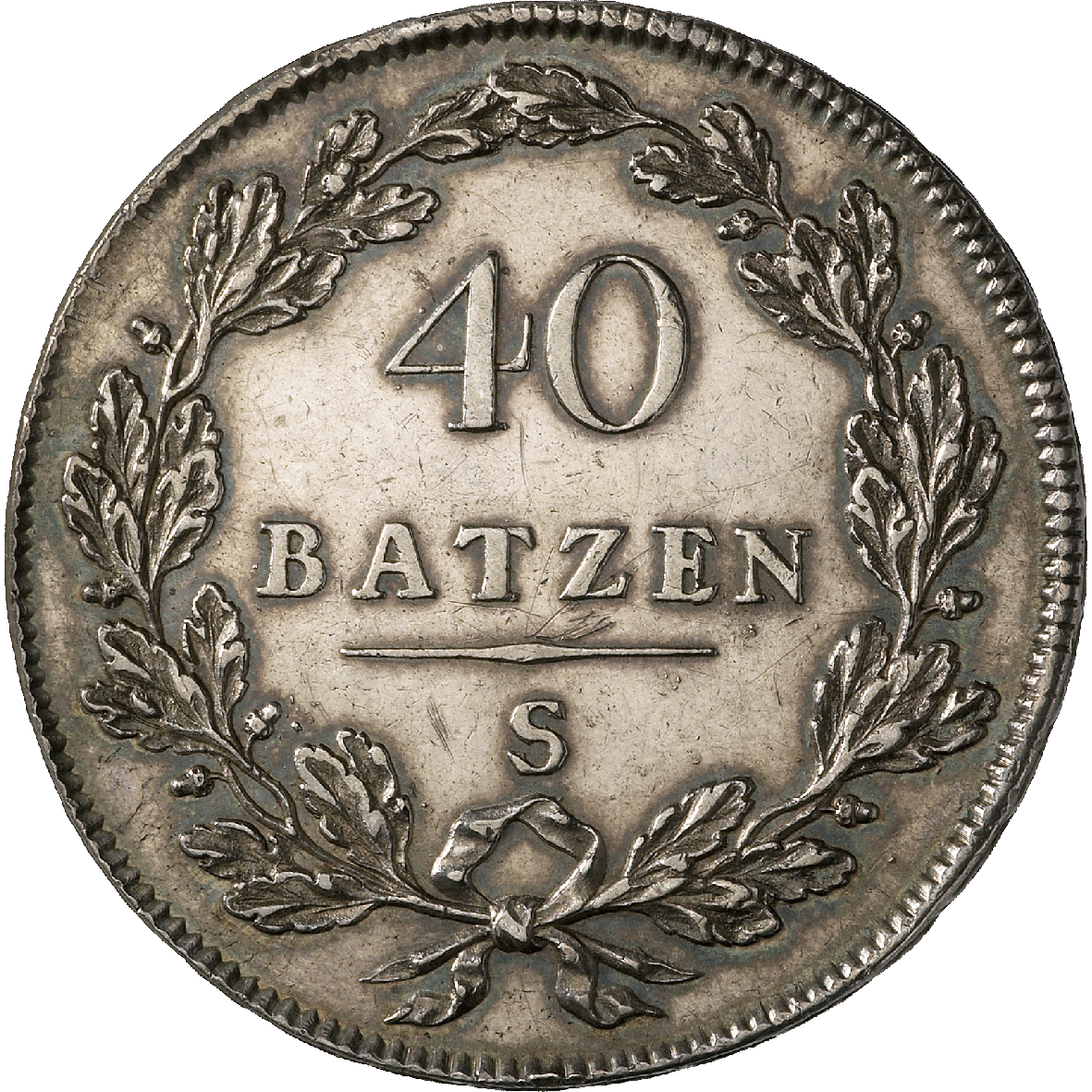 The old Swiss Confederation fell 1798. In January the French occupied the Vaud, Berne was captured in March, and in April Napoleon Bonaparte and his troops appeared in Zurich. The country became structured and centrally organized the French way.

The Helvetic Republic, as it was called now, was – at last – given a uniform currency. The franc, modeled after the French currency, was made the new national currency. It was still based on the old batzen, however: one franc equaled 10 batzen or 100 rappens. This new taler (Neutaler) held 40 batzen and was thus nothing else but a 4-franc piece. The obverse bears, as was demanded in the coinage law of June 1798, 'the image of an old warrior holding a liberty flag in his right hand.' The coin design was adopted from old coins of the city of Berne.