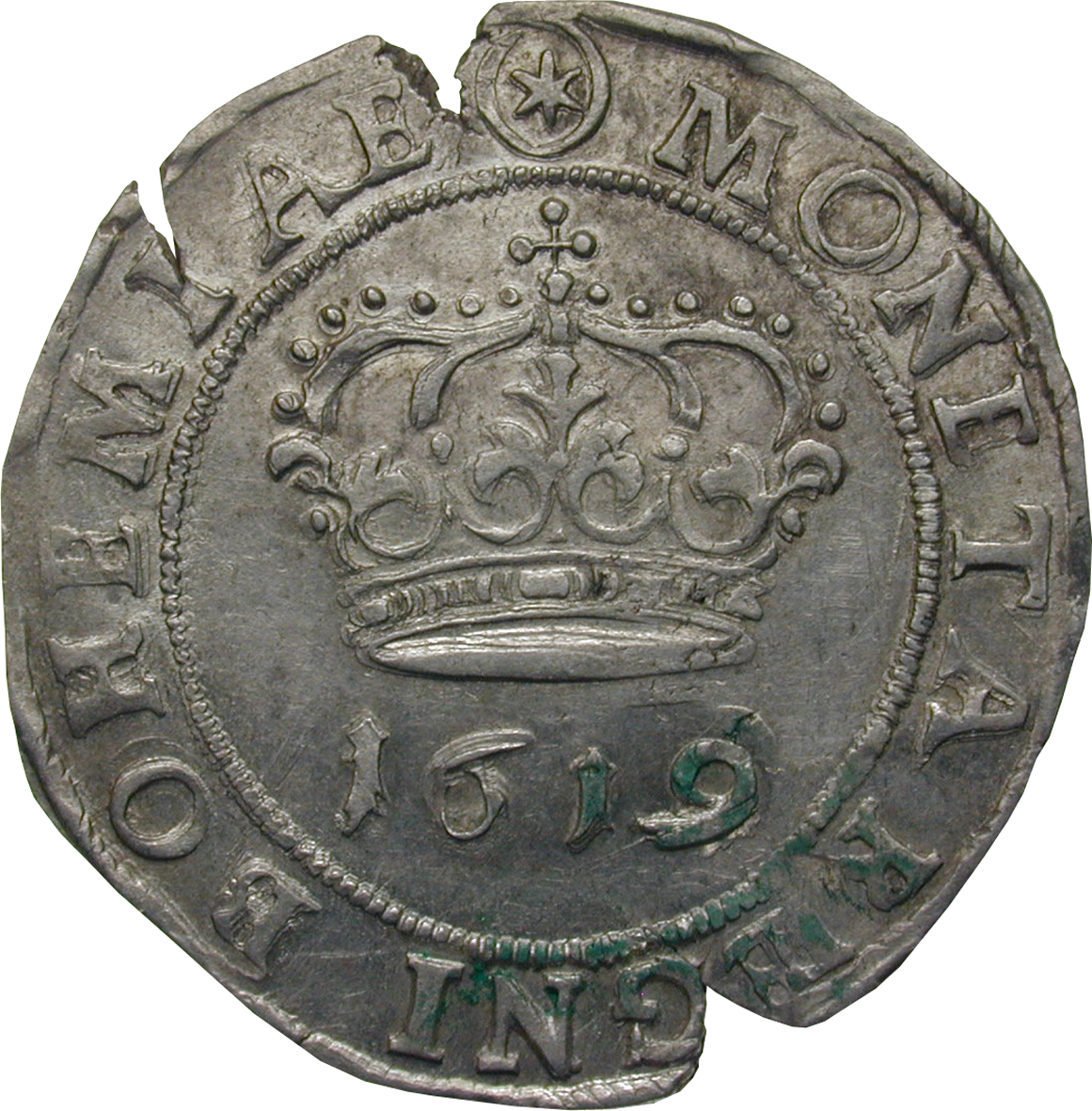 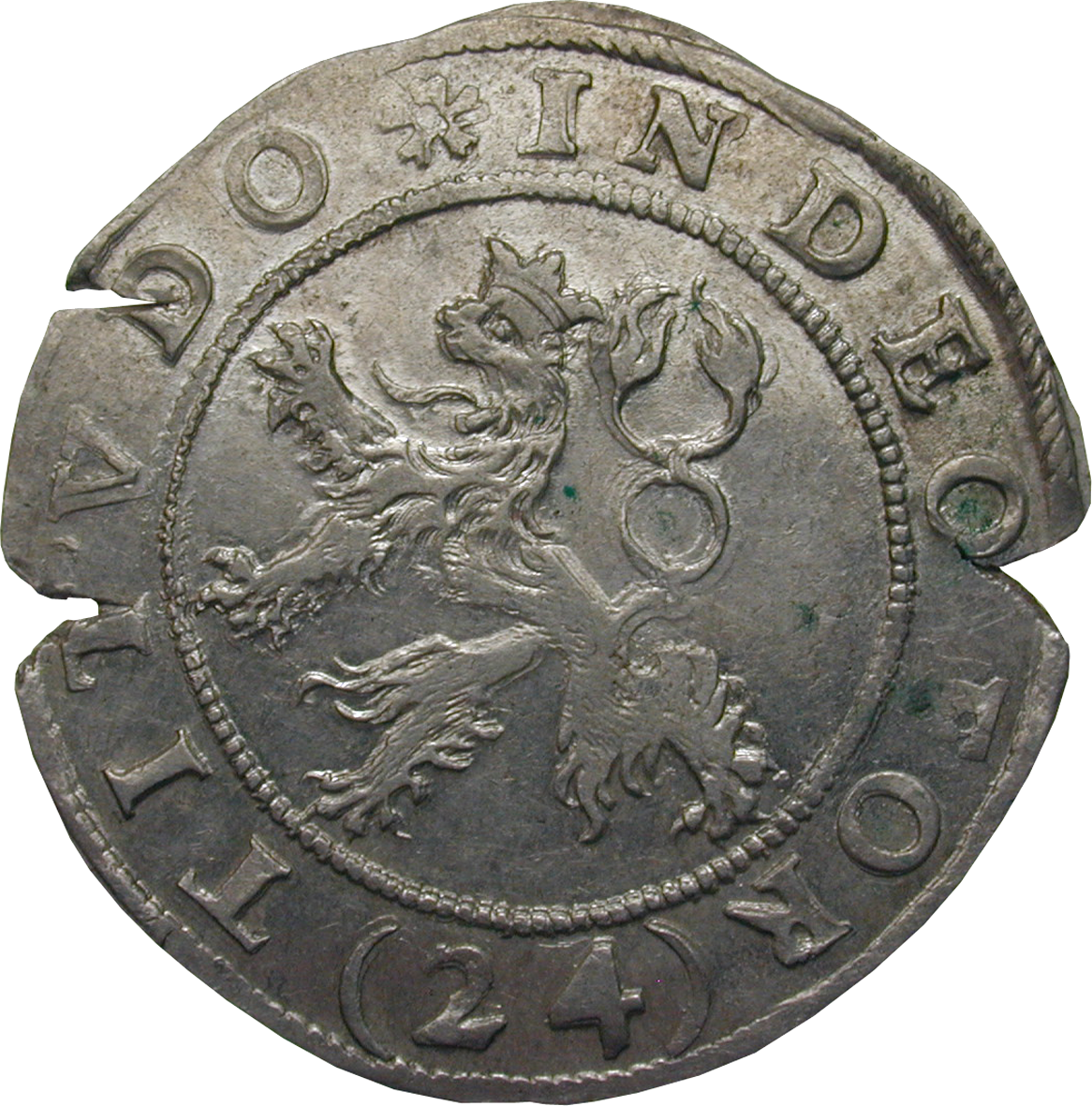 In the early 17th century the states of the Holy Roman Empire started to prepare for the Thirty Years' War (1618-1648). This meant, not least, to raise funds. To this end new mints were established where masses of debased subsidiary coins were produced. The silver for this coinage was acquired by the purchase of high-quality coins, which were melted down.

In accordance with Gresham's Law: bad money drives out good money, the practice spread quickly. The debased coins were flowing into the neighboring territories, where they were exchanged for good coins, which were then melted down and reminted into debased coins …. The neighbors, finally, had not much choice other than to debase their own issues.

This kipper coin from Bohemia has a face value of 24 kreuzers, which is, compared to its intrinsic value, much too high.