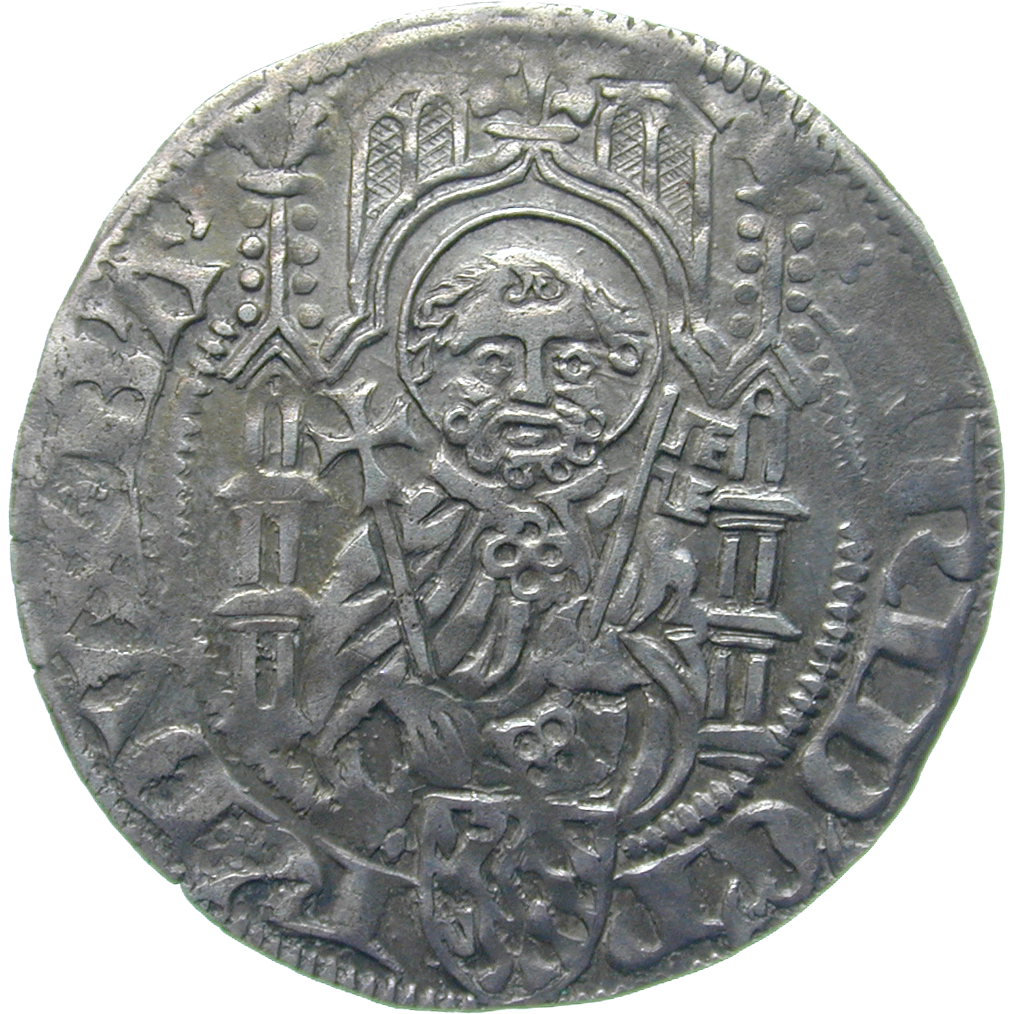 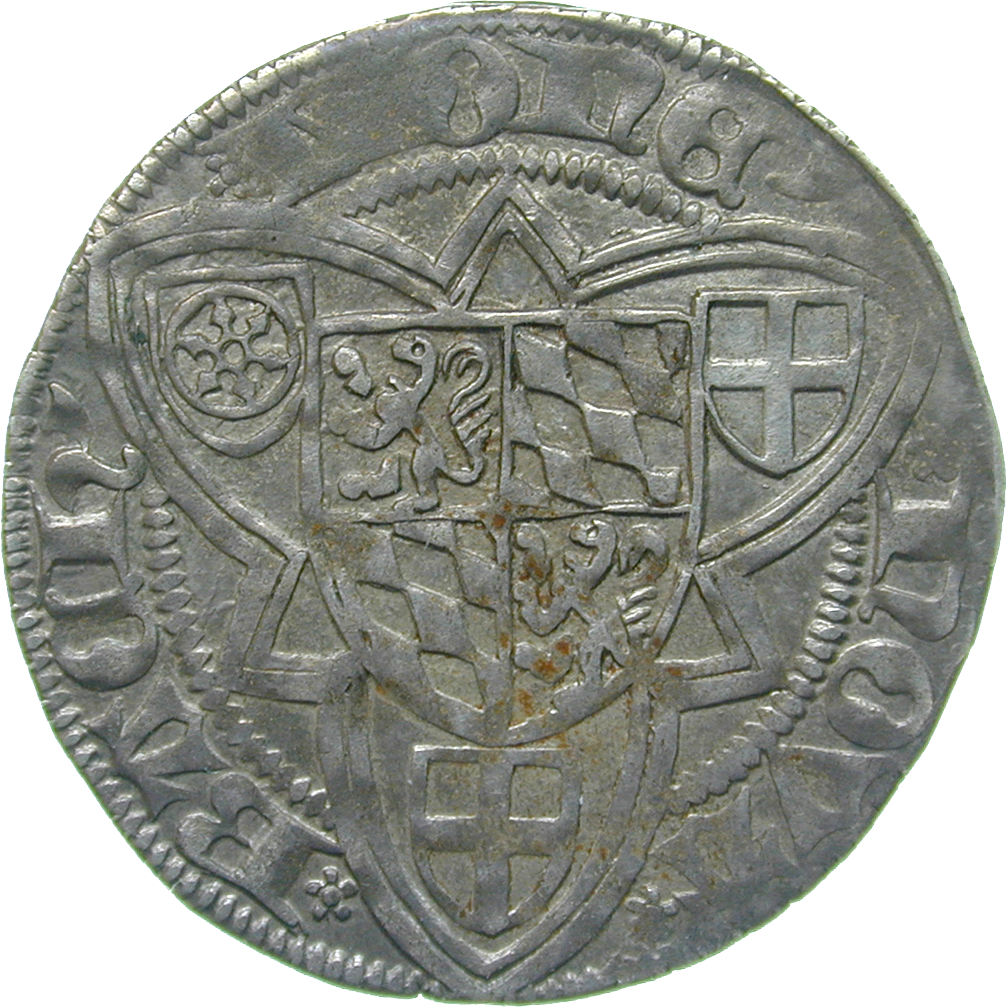 The albus, or white penny, was a premium silver coin first minted in 1368 in Trier. The name derived from the coin's shiny white color, which thanks to its high silver content it kept even when in circulation.

In 1385 the four Rhenish electorates made the albus their common silver currency, and thus the major Southern German circulation coin. The white penny kept this position for almost 200 years, until it was replaced toward the end of the 15th century by the taler.

The albus was copied by several coinage authorities.This piece was struck araound 1456 in the County Palatine of the Rhine. It shows on the obverse Saint Peter and on the reverse the coat of arms of the Palatinate and Bavaria in the middle.