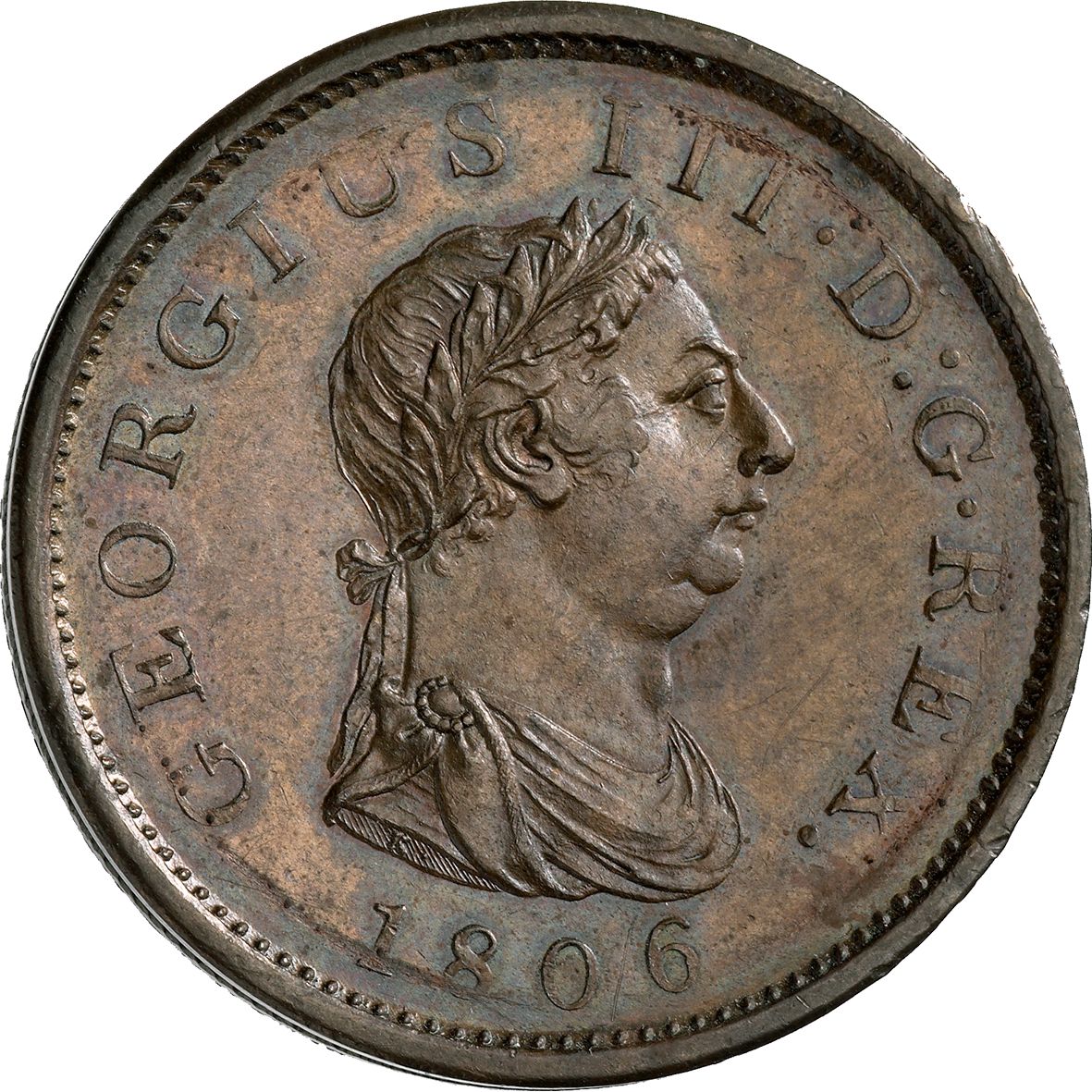 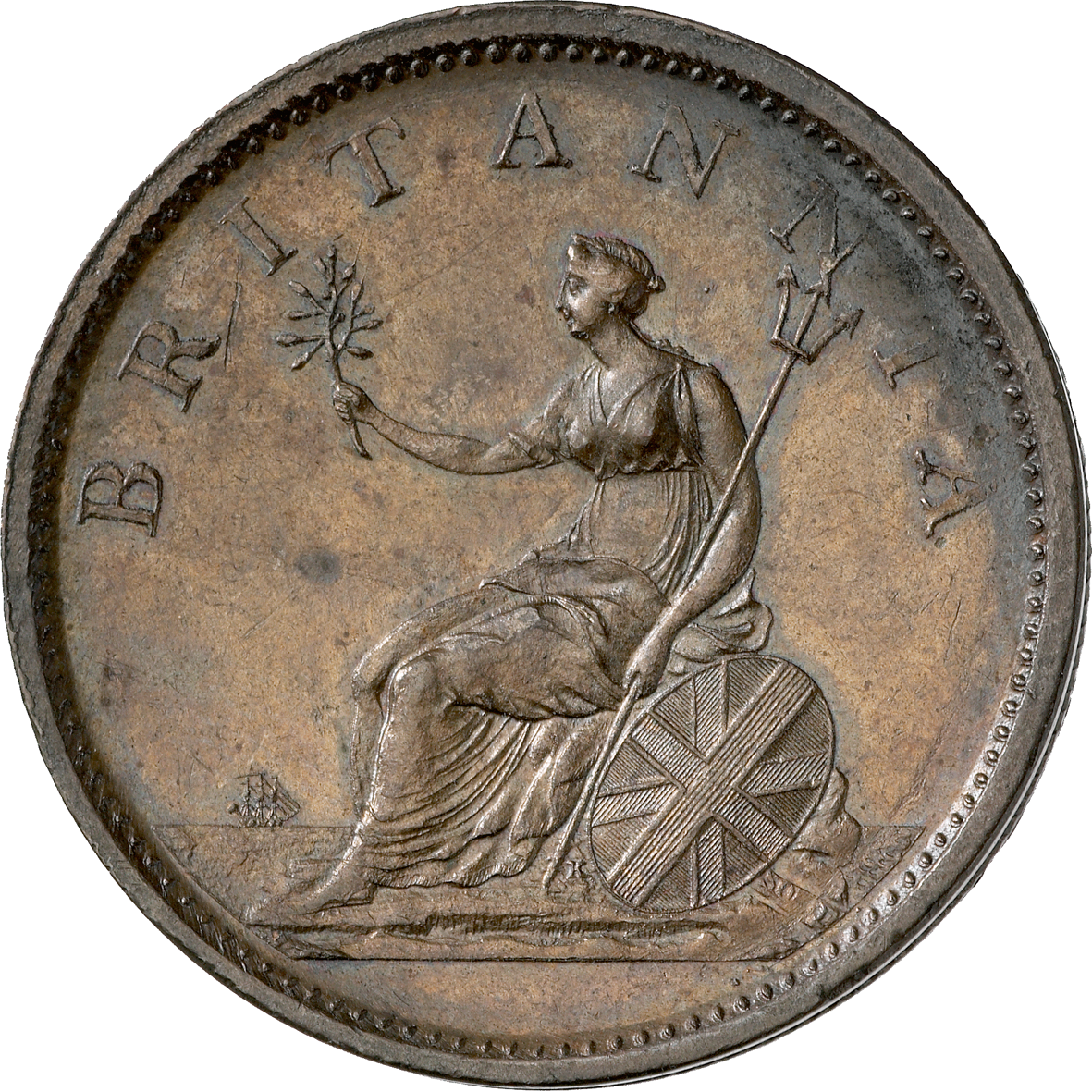 In the 3rd century BC King Lysimachus was the first ruler to put the sitting goddess with a shield and a spear on his coins. About 400 years later, the Roman emperor Antoninus Pius revived this design on coins issued for the Roman province of Britannia. By doing so, he announced his ambition to Romanize the island. During the time of Renaissance, female personifications found their way into the modern world. On this penny we see Britannia sitting on a rock, surrounded by the sea; in the distance, a small ship is sailing off. In her left hand, Britannia holds a trident, formerly the symbol of Poseidon, the lord of the sea. This alludes to Britain's naval supremacy, the major factor of British power since the 18th century. That Britannia had the best intentions towards the countries under her rule was shown by the olive branch she holds in her right hand, a symbol of peaceful aims since ancient times.