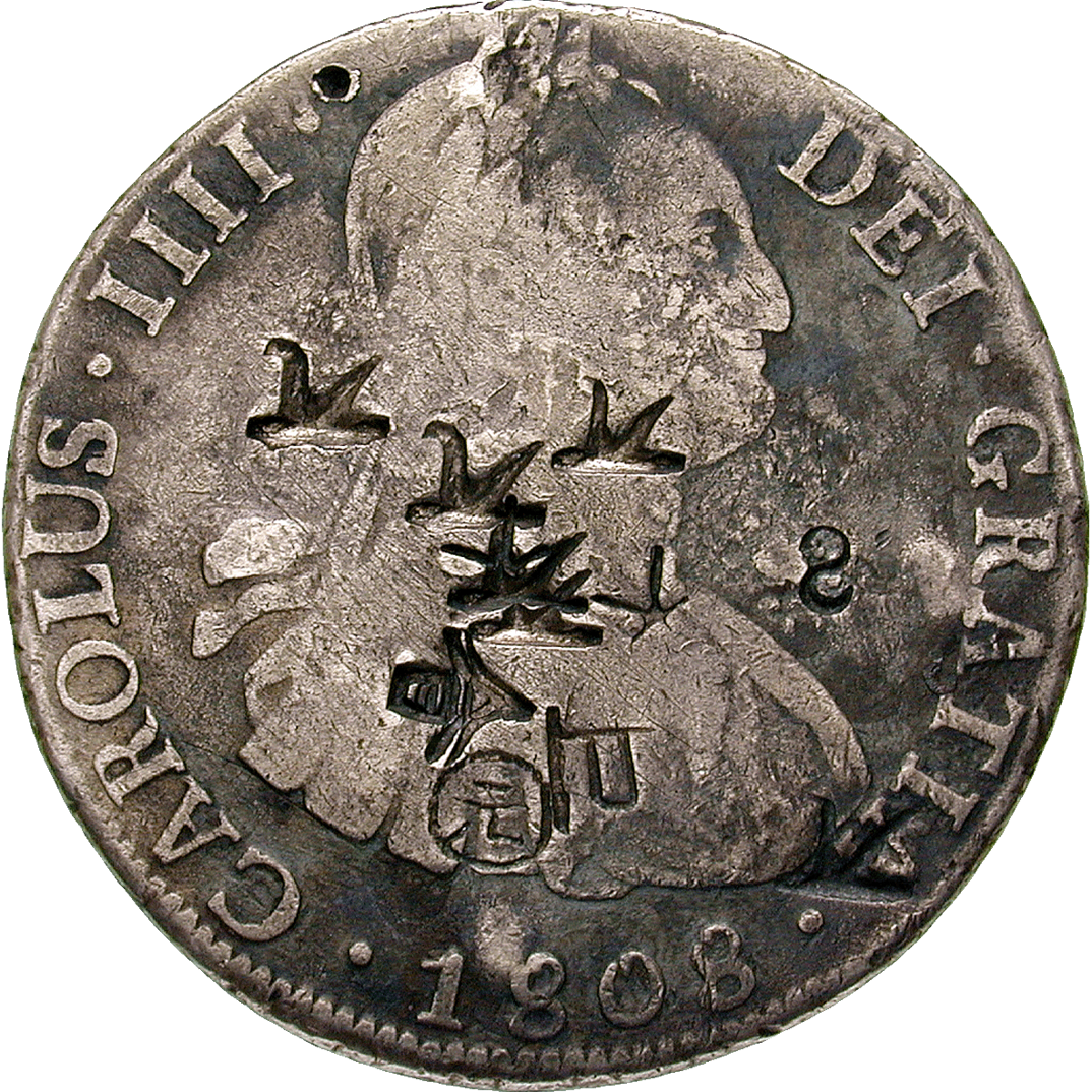 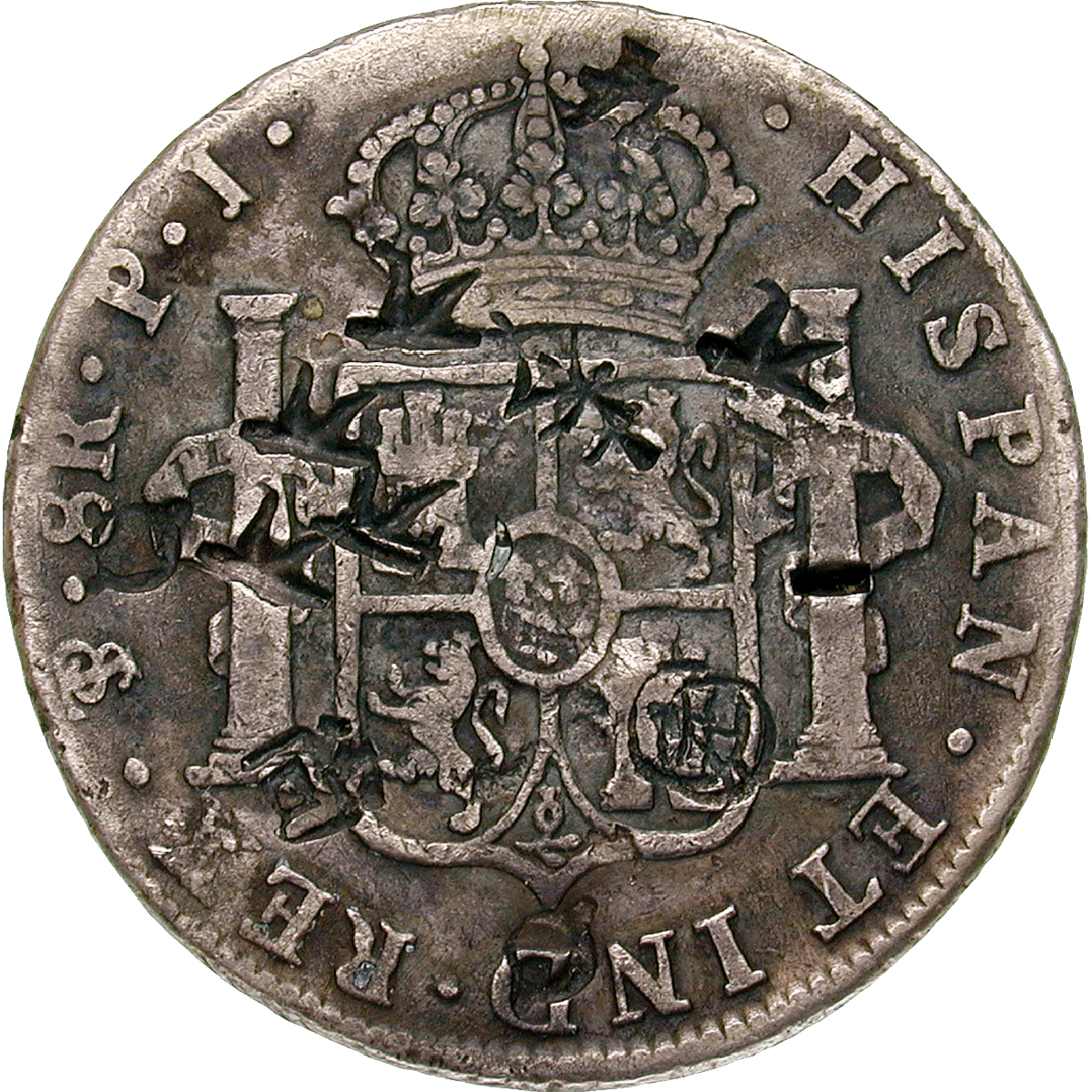 One coin, two nations: the peso shown here was minted in 1808 in Potosí, the most productive of all Spanish mints in South America. As an international trade coin, the coin spread as far as China, where no less than twelve different silver inspectors stamped it with their marks. By doing so, they approved of the silver, legitimated the circulation of the foreign coin in their area and made it clear that it had to be accepted as a means of payment. Though, the silver inspectors did not know that with their counterstamps they were heavily influencing the Chinese monetary history. Nevertheless these countermarks are the first step to China's national currency, the yuan, which was the Chinese version of the Spanish peso.